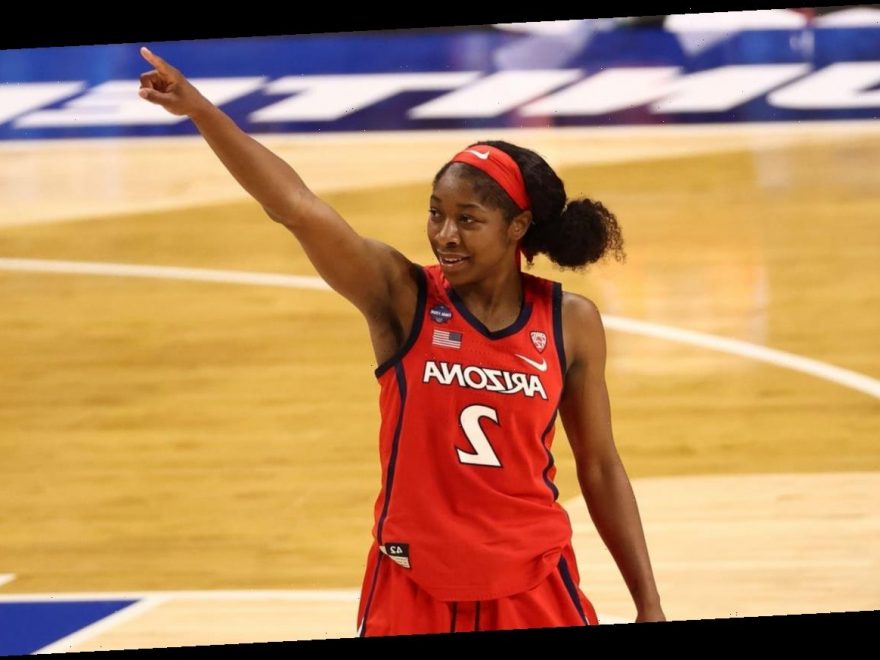 SAN ANTONIO — There might have been a time when overlooking Arizona would have been understandable.

That time is no longer.

Disrespected by the NCAA and underestimated by Connecticut, Aari McDonald and the third-seeded Wildcats showcased both the high level of play and the increasing parity in the women’s game by pulling off the biggest shock of the women’s tournament Friday night. Arizona never trailed and, aside from a 20-second span with 90 seconds to go, was never really threatened in a 69-59 win over top-seeded UConn.

Yes, freshman phenom Paige Bueckers had a rare bad game, and UConn’s vaunted offense started and ended with Christyn Williams. But do not diminish Arizona by characterizing this as a UConn loss. This was an Arizona win, through and through.

And everyone else better, too.

The NCAA ensured that McDonald and her teammates would be playing with Grand Canyon-sized chips on their shoulders after leaving them out of the pre-game promotional video. The very name of this stage in the tournament is the Final Four. You almost have to try to screw that up.

Williams acknowledged that UConn probably made the same mistake, too, saying, "(I think) we thought it was going to be easy, I guess, and we got flustered."

But the days of looking past programs because they’re not a UConn or a Baylor or a South Carolina is over, as UConn learned the hard way.

There was a time when it probably was fair to say the game lacked parity. That it wasn’t much more than Tennessee, UConn and a Stanford team that could make an occasional deep run. That hasn’t been the case in a long time, though.

Rather than ceding superiority to Pat Summitt and Geno Auriemma, everyone else in the game worked to get better. Added resources led to improved programs, which eventually led to a deeper talent pool. The coaching got better.

Look what’s happened. Arizona had never even made a Final Four before, and now it’s playing for the national title. It’s Stanford’s first appearance since 2010. And regardless of which team wins, there will be a new national champion for the fourth time in as many tournaments.

"There’s so many different teams that could win — NC State, Texas A&M," Barnes said. "There's so many factors that go into getting this far. It's the right matchups. It's the right momentum at the right time. It's peaking and playing your best basketball and getting hot in March."

"I don't take for granted how hard it is to get here. It's very hard," Barnes added. "All the chips have to fall, the stars have to be aligned, all those things have to happen. I'm just glad that it happened to us. I'm glad that we got momentum when we needed it and we're playing some good basketball."

This wasn’t the result of UConn having a bad night. This was the result of Arizona having a good night — a very good night, yes, but not one that came out of nowhere, never to be duplicated again.

The Wildcats came into the game holding opponents to less than 37% shooting, and 55 points per game. UConn finished with 59 points on 35.7% shooting. McDonald was the Pac-12 Defensive Player of the Yyear. Bueckers was harassed into 5-of-13 shooting.

Arizona is also a veteran team; three of its starters are seniors and the other two are juniors. They’re not going to get rattled.

So the signs were there, if you’d only bothered to read them.

"We were confident. We've been playing with confidence these last four or five games," McDonald said. "We were hitting. We were getting stops, playing solid defense. I mean, it wasn't like a wild moment. It's like, 'We're confident, we do this.' "

Do this, they did. And no one will ever overlook Arizona again.