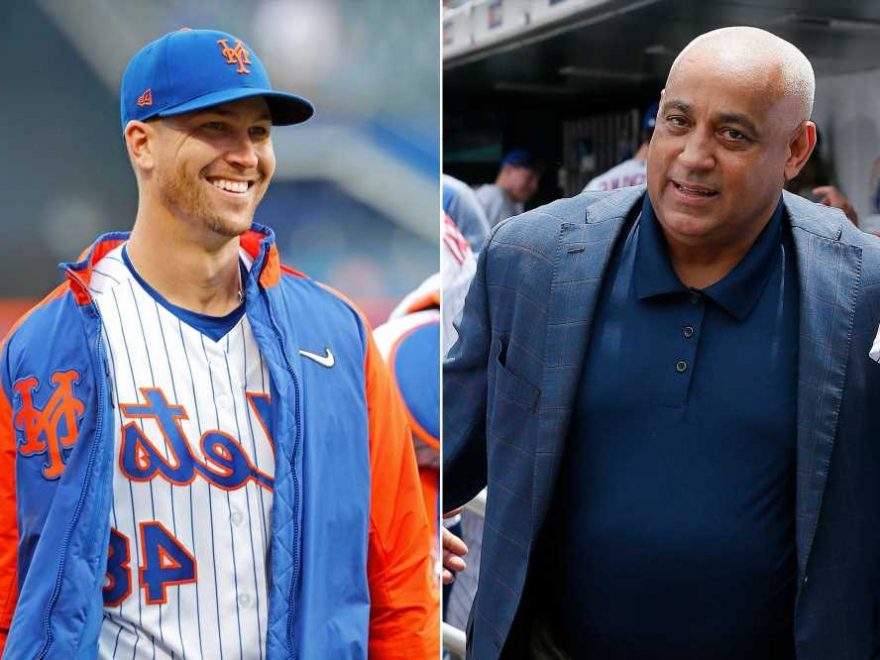 Knicks' Julius Randle can be New York champion even without ring

These Knicks have chance to be more than a playoff squad

Yankees will need many more mentally tough wins like this

Aaron Boone needs to clean up his horrific Yankees mess

Omar Minaya was talking about his 6-foot-6 son, Justin, and the forward’s decision to transfer from South Carolina to Providence. His kid wants to play basketball in the Big East, and move a little closer to his family’s northern New Jersey home, and Minaya was all but jumping through the phone while envisioning the games he will get to see in person.

“I’m a basketball scout now,” he said through his signature laugh. He is also a Mets ambassador who knows a thing or two about scouting baseball players. Over the past 31 years, the Mets have won the National League East a grand total of two times. Minaya was the team’s general manager for the 2006 division title, and the team’s long-fired-but-not-forgotten talent collector for the 2015 division title and trip to the World Series.

He was also the GM who, four months before he was fired, picked Jacob deGrom in the ninth round of the 2010 draft.

As deGrom was preparing to face the Red Sox on Wednesday night at Citi Field, carrying to the mound a 0.31 ERA and big league record 50 strikeouts in his first four starts, he was already being hailed as a future Hall of Famer and as baseball’s answer to Tom Brady, who was drafted 199th overall by the Patriots 10 years before deGrom was drafted 272nd by the Mets. Bill Belichick was rewarded with six Super Bowl championships, and Minaya was rewarded with … well … he wasn’t rewarded.

In the context of player development, football and baseball operate on completely different timetables. Brady won a ring in Year 2, and deGrom didn’t even reach the majors until Year 5, after Tommy John surgery. Minaya’s Mets missed four consecutive postseason tournaments, and collapsed twice. Yes, it was time for O to go.

But that doesn’t mean, all these years later, he shouldn’t bask a little in deGrom’s staggering success, and in the fact that the Mets ace might go down as the greatest draft pick in franchise history. (Tom Seaver was signed as an amateur free agent.) Minaya wants no part of it, of course, because that’s who he has always been. He credits the scouts on the ground, Les Parker and Steve Nichols, and cross-checker Steve Barningham, and scouting director Rudy Terrasas, who was also fired four months after the deGrom pick.

Minaya did not see deGrom live at Stetson Unversity, where he started 36 of his 39 games at shortstop and pitched only one inning in 2009, and where he split time between short and the mound in 2010. In fact, Minaya was focusing on the power arm he took in the first round, North Carolina’s Matt Harvey, who reminded the GM of Roger Clemens.

“I remember being in the room and talking about a lean, athletic pitcher,” Minaya recalled of deGrom. “I was a big believer in athleticism, so we were not going to be afraid to take a guy who was a shortstop converted to a pitcher. … But when you get to the ninth round, you’re bouncing around different names. He wasn’t a highlight guy. If he was, we never would have waited to take him in the ninth round. We couldn’t visualize what he is today.

“I can’t tell you when we drafted deGrom that I said, ‘We’ve got to take this guy.’ As a GM you’re there as a supervisor. You allow the scouting director and cross-checkers to do their jobs. You’re there as a sounding board to make sure the train is running with your philosophy. Rudy Terrasas was running the draft, but as a GM, if it’s close, we’re taking the athlete.”

The fired GM wasn’t around to see the flowering of his pick’s otherworldly talent. Minaya recalls watching deGrom strike out the side in the 2015 All-Star Game, and thinking it reminded him a bit of Pedro Martinez’s two-inning dominance in the 1999 All-Star Game.

He maintained that a college shortstop turned Cy Young winner represents a victory for the Mets’ development coaches. He said deGrom’s success “has nothing to do with me.” He would only concede that his drafting approach — putting a premium on athletes — helped solidify the pick.

When Minaya has bumped into deGrom here and there, he has asked him with a smile, “How does it feel to be the best pitcher in the world?” DeGrom has responded by laughing and walking away.

That’s Minaya’s job, anyway, spreading goodwill whenever he can. He is, after all, a Mets ambassador. History will remember him as a valuable one.