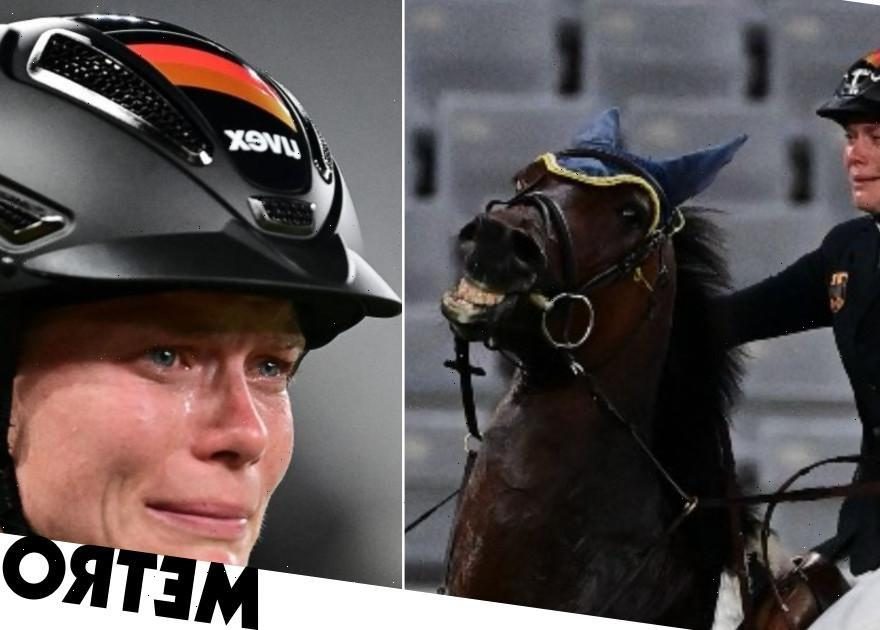 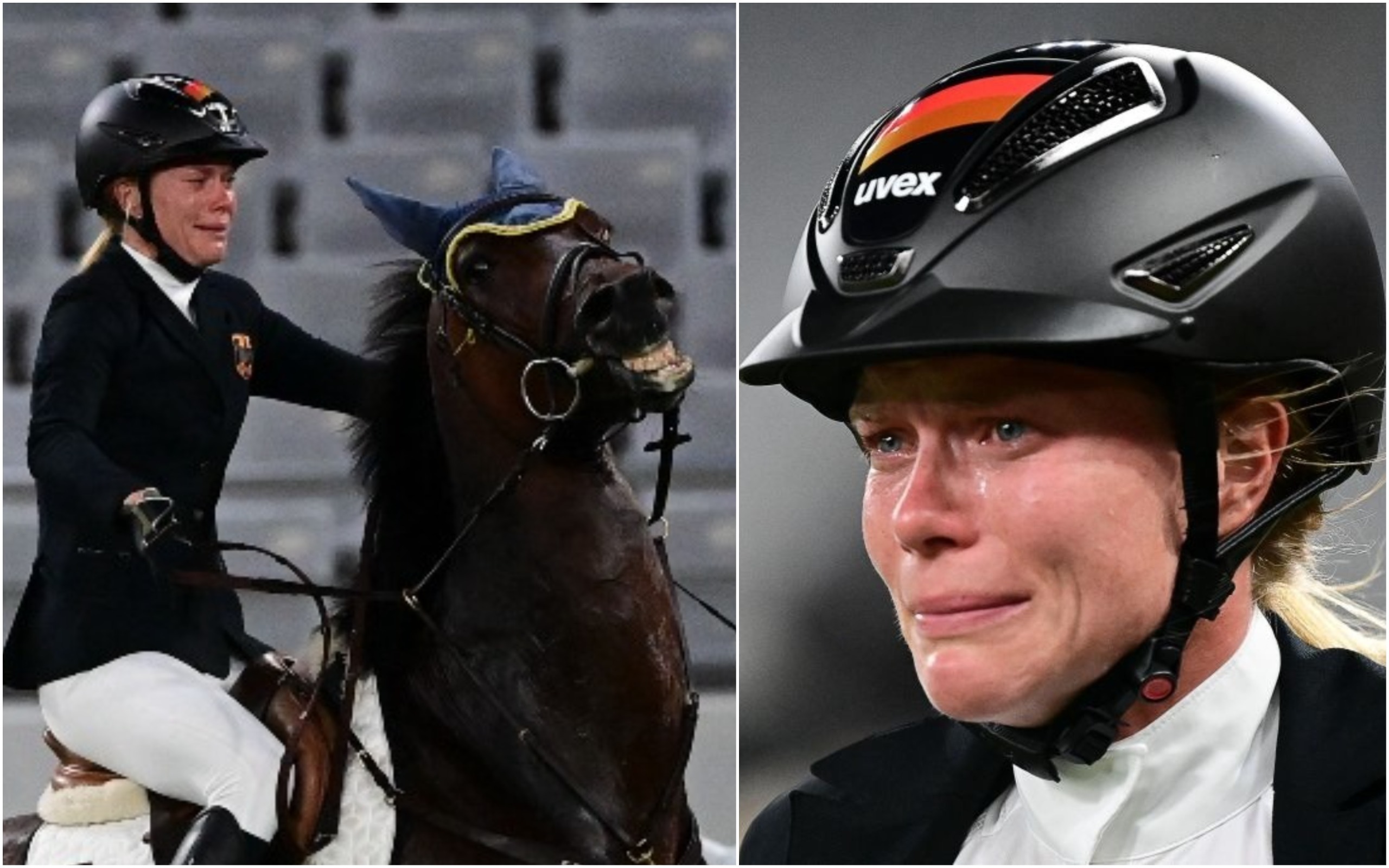 Olympic modern pentathlete Annika Schleu has denied accusations of animal cruelty towards her horse at Tokyo 2020.

The 31-year-old was reduced to tears during the show jumping section after her horse, Saint Boy, refused to cooperate and jump over the fences.

Athletes are randomly assigned a horse and Schleu, who was top of the leaderboard after the first two events, was eliminated with zero points after being unable to get on with Saint Boy.

Schleu’s coach Kim Raisner, who herself competed at the Olympics in 2004, was thrown out of the competition for hitting the horse and was heard on German television telling Schleu to ‘really hit’ the animal.

Schleu, meanwhile, also faced widespread criticism on social media for whipping Saint Boy and digging her spurs into the horse.