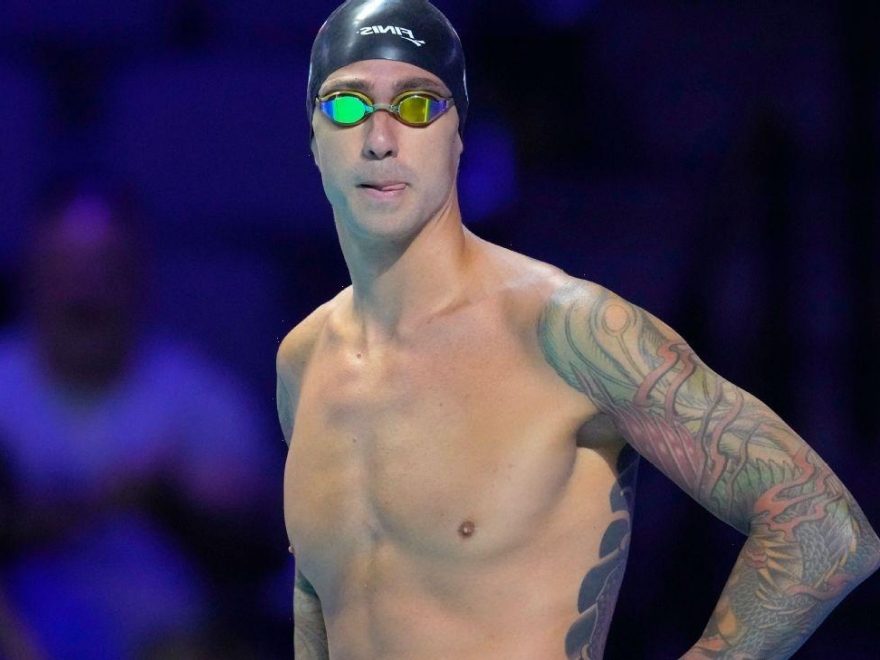 OMAHA, Neb. — Reigning Olympic champion Tony Ervin failed to advance from the preliminaries of the 50-meter freestyle at the U.S. swimming trials Saturday.

Ervin, who went by Anthony when he won gold at the 2016 Rio Olympics, returned for one more trials at age 40 knowing he had little chance of earning a spot on the team.

He merely wanted to get as far as the final, with hopes of passing the baton to the next generation of sprinters. But Ervin managed only the 23rd-fastest time in the morning heats at 22.61 seconds — 1.21 off his winning time five years ago.

The top 16 advanced to the evening semifinals.

Ervin was a two-time gold medalist in the 50 free, tying for the top spot at the 2000 Sydney Games before improbably returning 16 years later to claim another gold at 35 — the oldest individual swimming champion in Olympic history.

Caeleb Dressel was top qualifier at 21.29, and eight-time Olympic medalist Nathan Adrian shook off a disappointing performance in the 100 free to post the third-fastest time (21.85).

Adrian, who is 32, must finish in the top two in the 50 to make his fourth Olympic team.

In another bounce-back performance, Simone Manuel was second-fastest in the preliminaries of the women’s 50 free at 24.56.

The 2016 Olympic champion in the 100 free stunningly failed to make it past the semifinals in that event, revealing afterward that she had been diagnosed with overtraining syndrome.

As with Adrian, Manuel’s only hope of making it back to the Olympics is to finish in the top two in the 50.