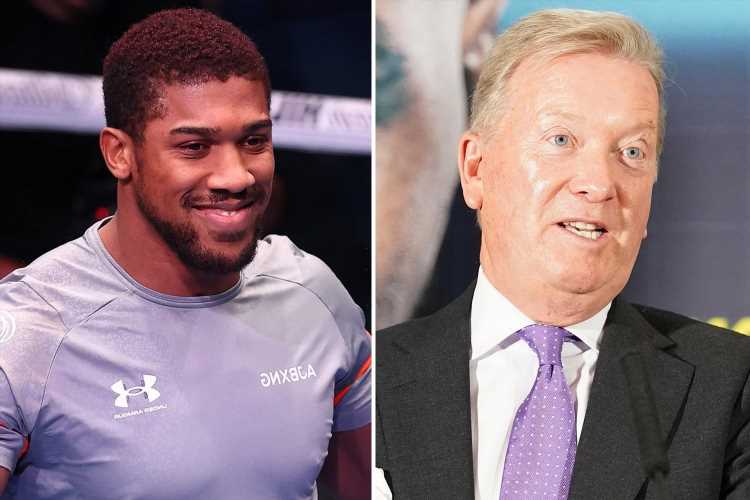 OLEKSANDR USYK'S best hope of downing Anthony Joshua will come via a points decision, according to Frank Warren.

The promoter, who looks after AJ's rival Tyson Fury, has outlined his hope that the Brit wins in Tottenham on Saturday to drum up a unification battle against the Gypsy King. 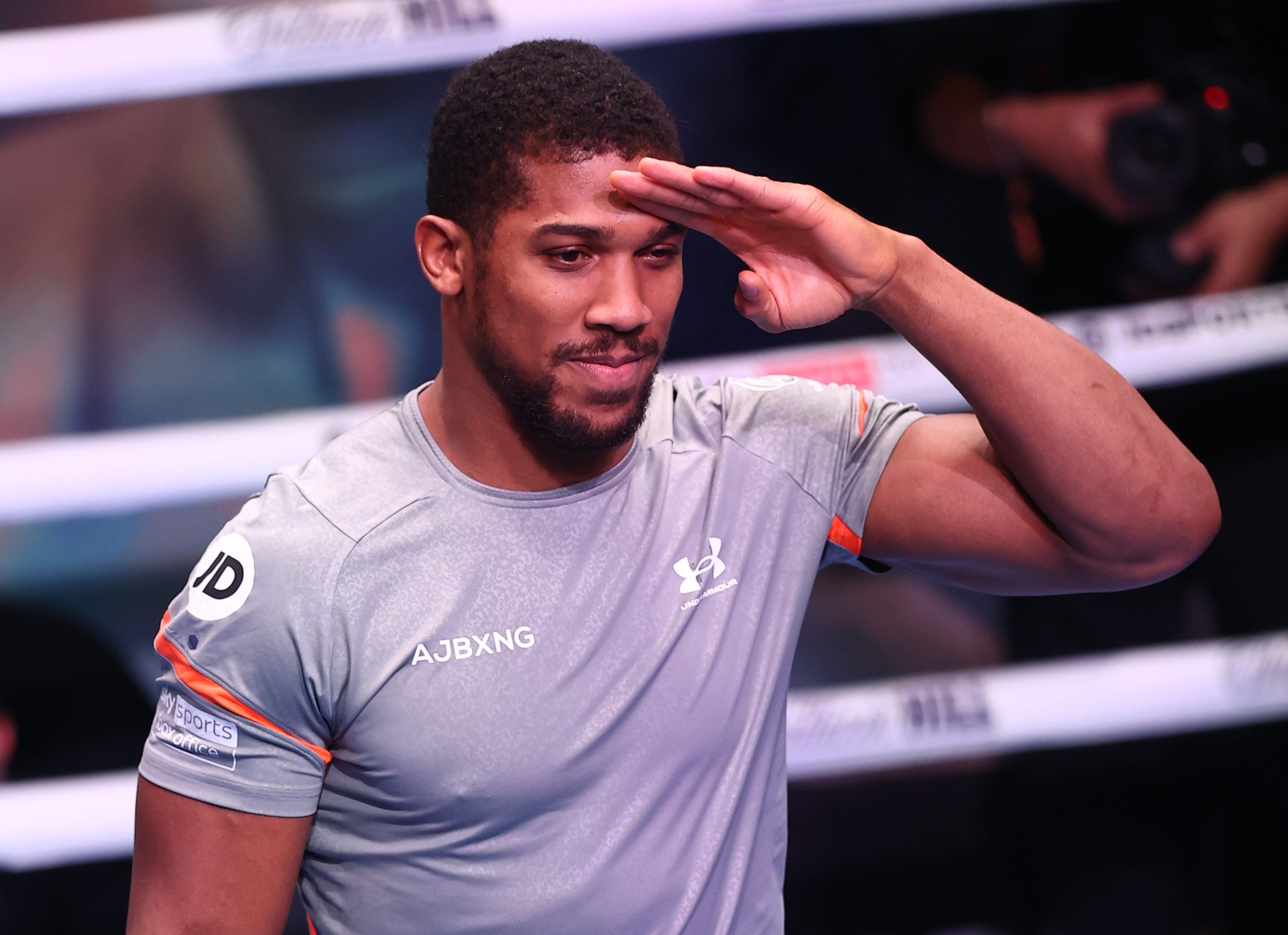 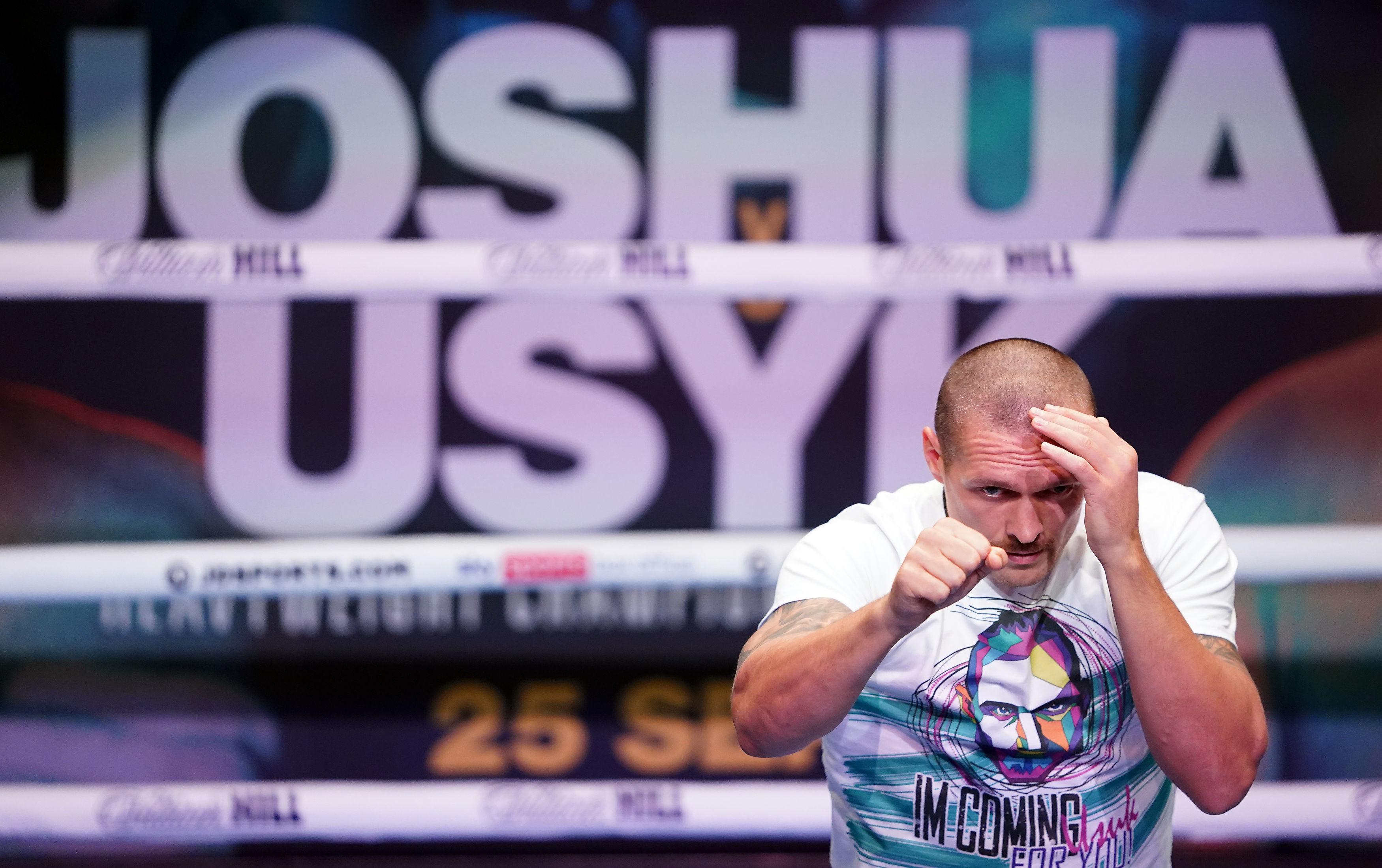 But he does predict a positive outcome for cruiserweight king Usyk, if he can last until the end of the 12th round.

"He was fantastic, and he’s made his mark in that weight division. He was a superb cruiserweight. He’s done everything you could ask for.

"So now that he’s up there and comfortable, I don’t think he’s a natural heavyweight. I bet you if he needed to, he could probably still make cruiserweight.

"But Anthony Joshua must be the favourite for the fight. He’s the bigger guy, much bigger, and he’s a big puncher.

“Having said that, if [Joshua] doesn’t get rid of him, and if he’s still there after five or six rounds, then if it gets to the end of the fight…

"If that goes 12 rounds, I would fancy Usyk to get the decision because to get there, he’s going to have to outbox him.

"And he's obviously a very smart operator, you know how he's going to fight – he's going to try and get inside and underneath AJ's jab.

"If you can do that, you can give him a lot of problems. I hope he doesn't though, because we want the big fight."

A whopping 22 of Joshua's 24 career wins have come via knockout, although he has gone deep when necessary, to secure world title fight victories over Andy Ruiz Jr and Joseph Parker.

The 31-year-old has vowed to do what is necessary to win this weekend.

🥊 Joshua vs Usyk: All the TV, stream and undercard info ahead of Saturday's heavyweight bout

He told Saturday's press conference: "I have always been a boxer, a boxer-fighter but there is no strategy apart from winning.

"I will hurt someone or beat them until I get the win.

"I could box on the front foot or the back foot but I just need to get the win."