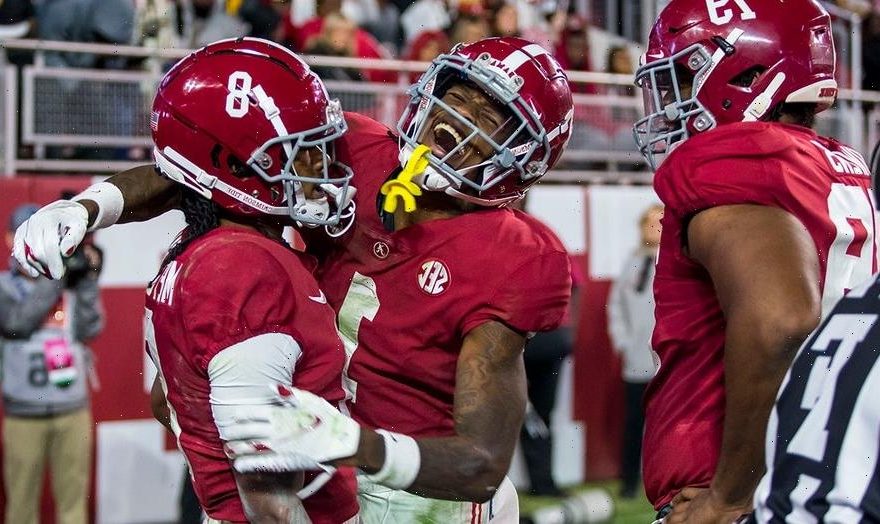 Alabama was living dangerously, with a missed extra point, a nonexistent running game and a lead repeatedly in jeopardy.

The third-ranked Crimson Tide’s defense kept turning away heavy underdog LSU late and Bryce Young passed for 302 yards to survive for a 20-14 victory on Saturday night.

“Sometimes we have an expectation that we’re going to win easy, but sometimes it’s not so easy,” Alabama coach Nick Saban said.

The Crimson Tide (8-1, 5-1 Southeastern Conference, No. 2 CFP) preserved their national championship hopes in a game that was as tight as some meetings when both were nursing such ambitions. The injury-depleted Tigers (4-5, 2-4) and lame-duck coach Ed Orgeron didn’t act like 29.5-point underdogs, which they were according to FanDuel Sportsbook.

It certainly wasn’t this time for a team left with no margin for error after a loss to No. 13 Texas A&M.

It wasn’t over until the final play, a Hail Mary that fell incomplete in the end zone. The Tigers came up empty in three fourth-quarter trips into Alabama territory, including that quick venture to the 30 in the final minute.

Young, the Heisman Trophy front-runner, completed 24 of 37 passes with a couple of touchdowns, including a 58-yarder to Jameson Williams. Williams caught 10 passes for 160 yards. LSU harried Young all night and held Brian Robinson Jr. to 18 yards on 13 carries for a team that netted 6 yards on the ground thanks largely to sacks.

But Alabama returned the favor with Will Anderson Jr. racking up 12 tackles, 1 1/2 sacks and four tackles for loss.

Max Johnson completed 16 of 32 passes for 160 yards with two touchdowns and an interception for LSU. Tyrion Davis-Price ran for 104 yards.

Orgeron didn’t buy into the philosophy that his team had nothing to lose.

“I felt like we had something to lose, because we had the game to lose and that’s important to us,” he said.

“We should have won the game,” Orgeron added. “Our guys played their hearts out.”

Cameron Lewis gave LSU the ball back in Alabama territory after ripping the ball from Young with 3:25 left.

Johnson’s fourth-down pass fell incomplete, but the Tigers got another chance with 50 seconds left.

Ahead for most of the first half, LSU had pulled to 20-14 on Johnson’s 8-yard touchdown with 2:27 in the third quarter. The Tigers converted two fourth-down plays on the 14-play, 89-yard drive.

Alabama had missed an extra point earlier, so LSU later had a chance to take the lead several times late.

The Tide defense held on four straight plays after the Tigers got first and goal from the 8. Replay overturned a Johnson fumble, but his fourth-down pass sailed over the head of Trey Palmer.

“There was no way we were going to let them score at the end,” Saban said. “I think the defensive players stepped up, and that was great competitive character. It’s always good to beat LSU. I knew this was going to be a tough game. I knew they would play their best game of the year against us.”

LSU: Went for broke with a fake punt that set up an opening drive touchdown and six other fourth-down attempts, converting five. It almost paid off, but the Tigers have lost 10 of the last 11 meetings.

Alabama: The defense mostly hung tough but the offensive line couldn’t protect Young or open holes for the running game. The blocking troubles continued to plague the Tide.

Despite the uneven performance, Alabama may have a chance to jump No. 2 Cincinnati, which struggled to a 28-20 win over Tulsa. The Tide seems likely to hold firm in the playoff rankings since No. 3 Michigan State (No. 5 AP) fell to Purdue.