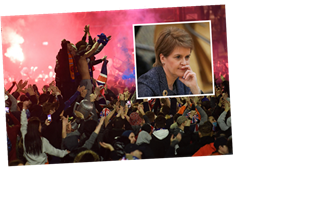 NICOLA STURGEON has ordered Rangers to tell their "disgraceful" fans to head home after breaking lockdown rules this afternoon. 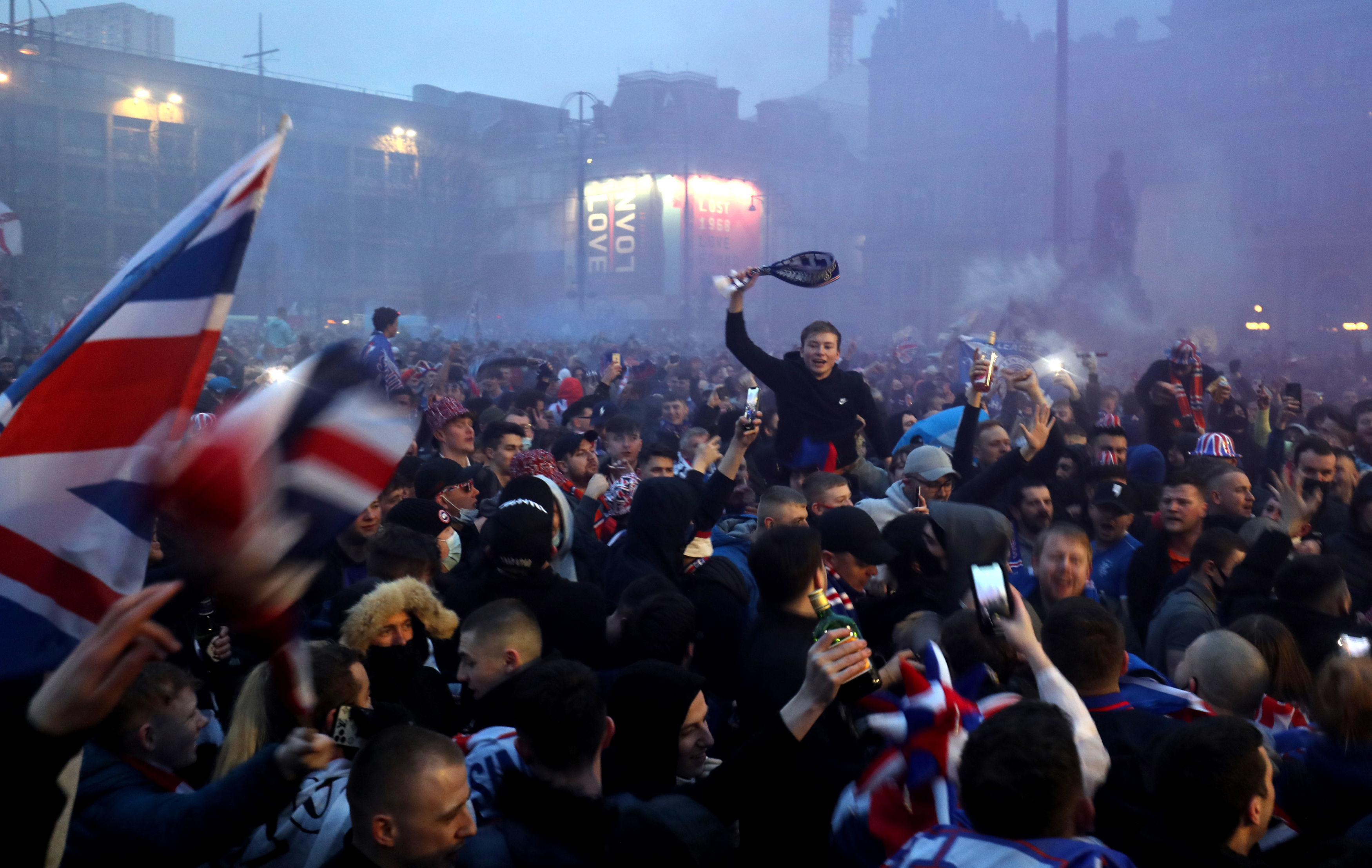 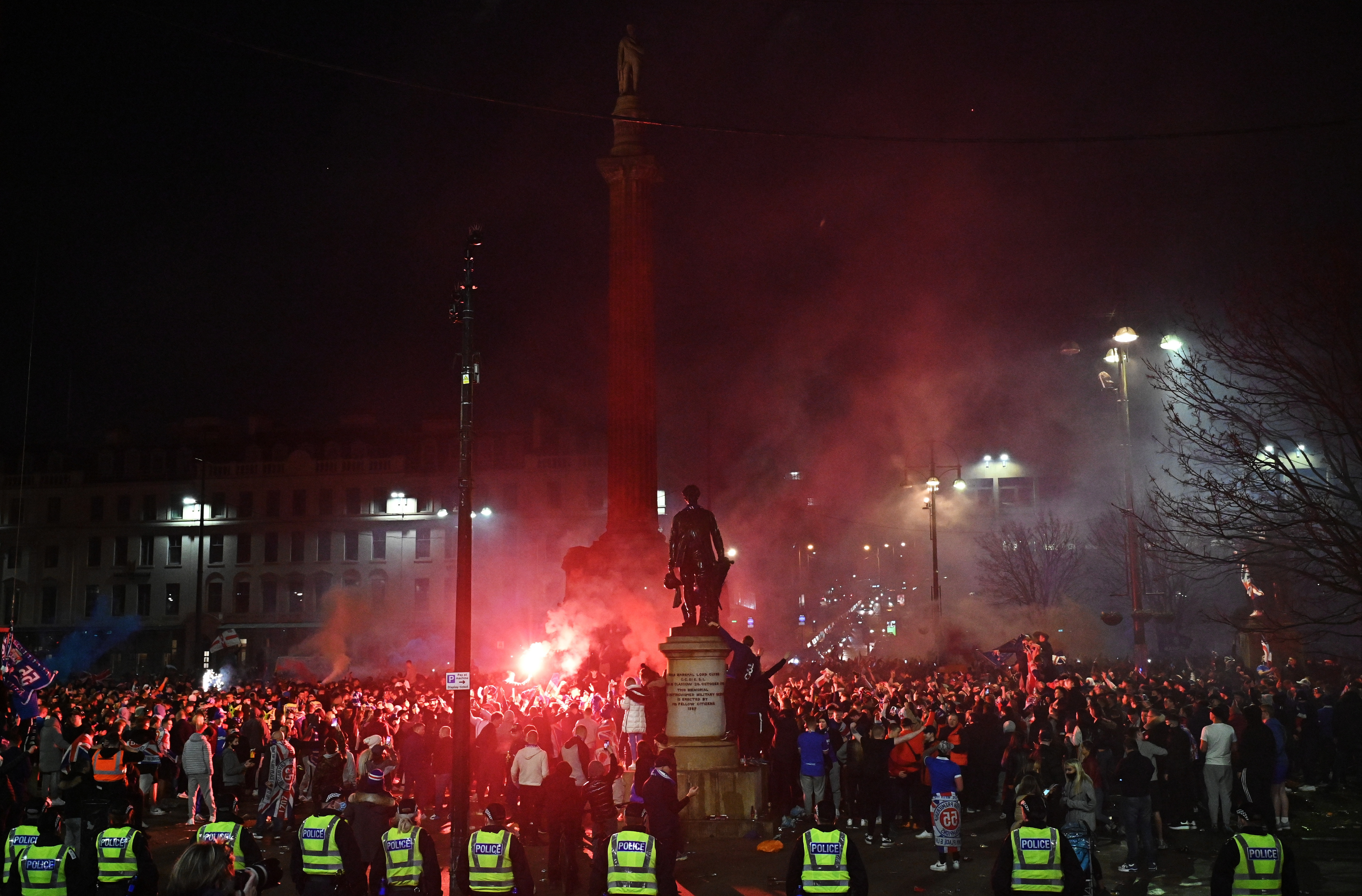 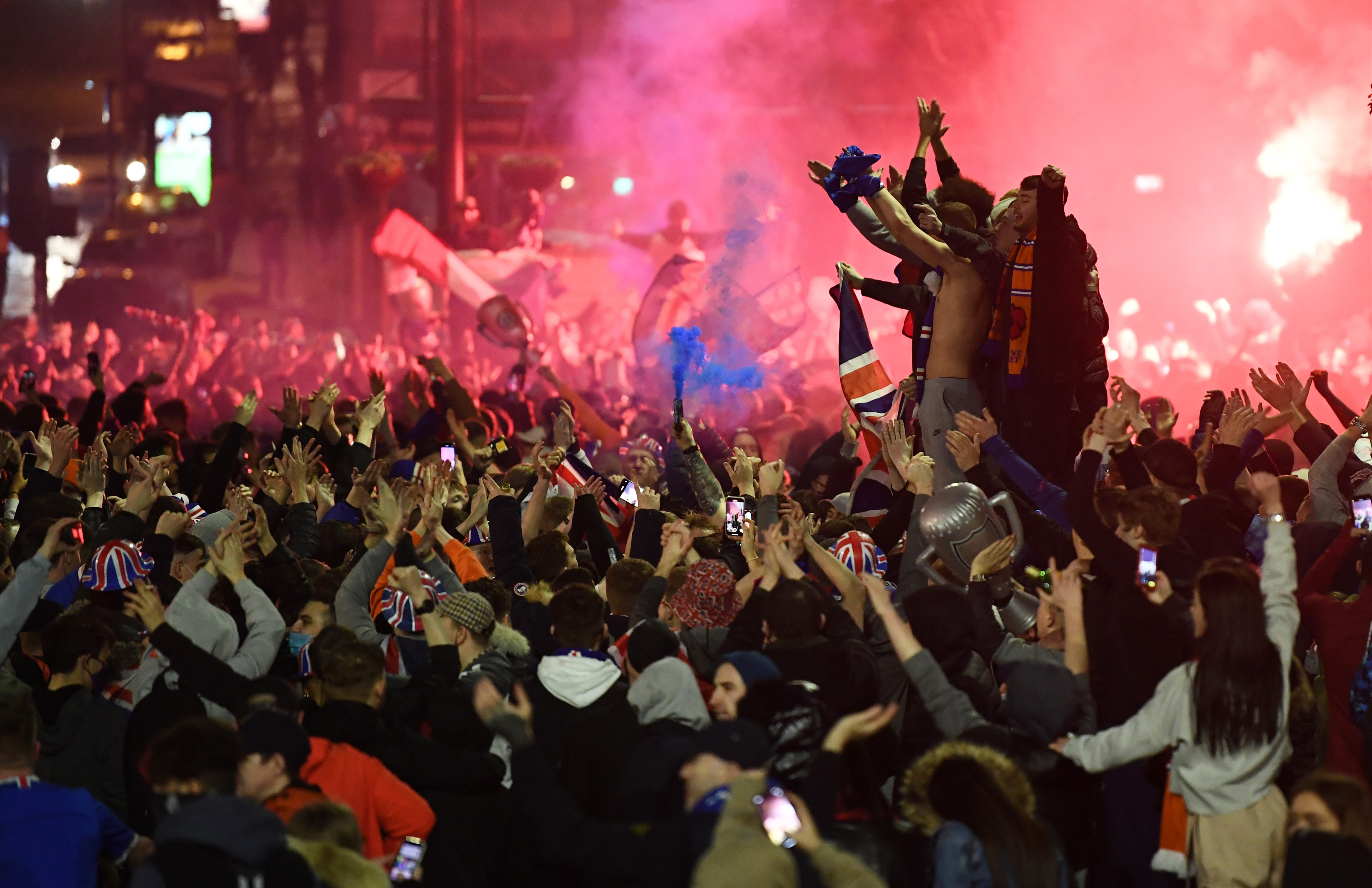 The Ibrox side were crowned champions today after Celtic’s goalless draw with Dundee United at Tannadice.

Thousands of supporters were then escorted by police along the city's Paisley Road West as they marched towards the city centre.

It comes after warnings from cops and the government urging fans not to gather in large numbers to celebrate.

As the night progresses, masses of fans remain on the streets in Glasgow and elsewhere – and the SNP chief has displayed her anger at the "infuriating" situation.

She tweeted: "I share folks’ anger at this. Everyone has made so many sacrifices in the past year & seeing a minority risk our progress is infuriating & disgraceful.

"It is deeply unfair to the entire country, and the police have a hard enough job already. Please ask fans to go home @RangersFC." 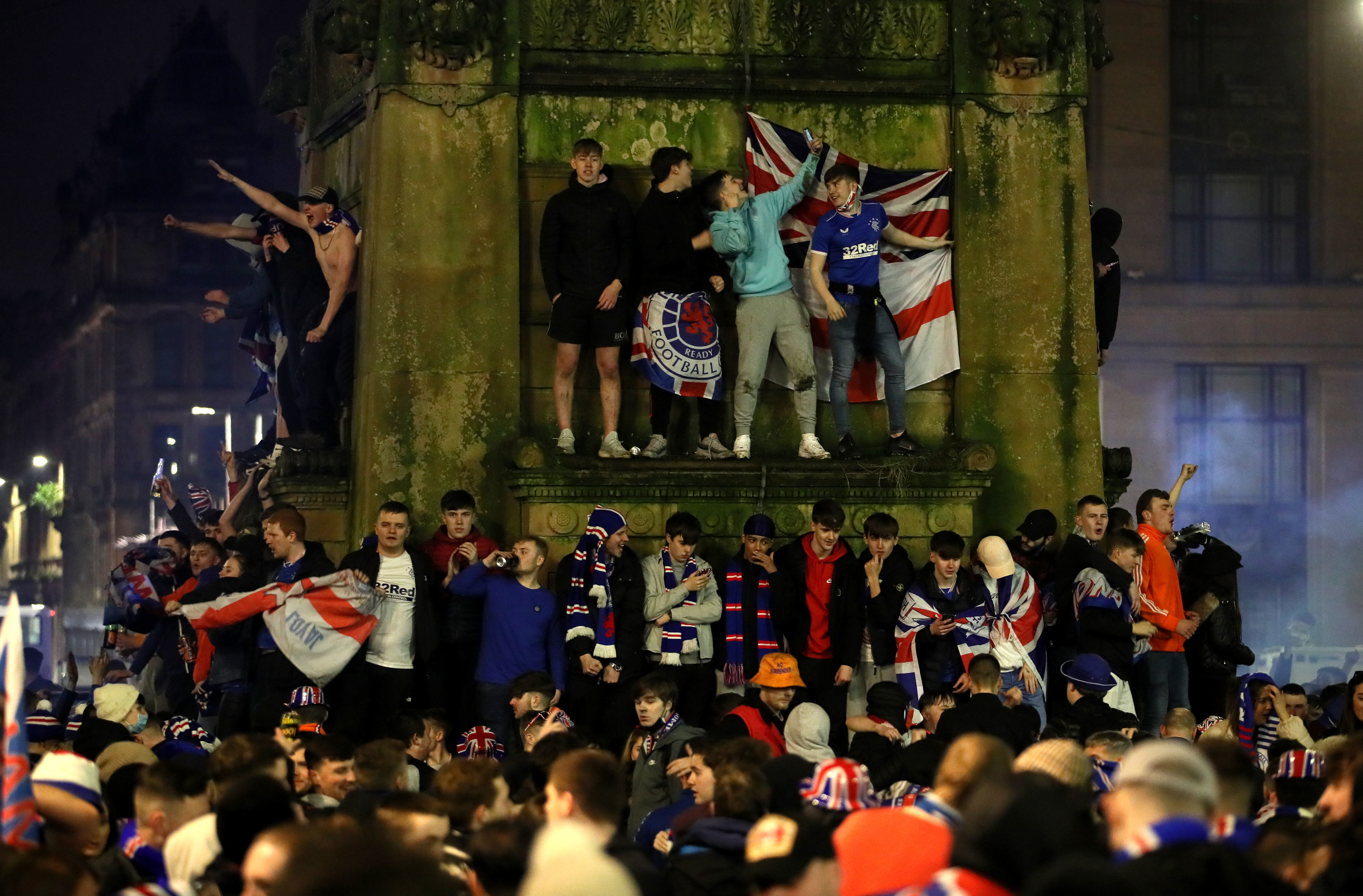 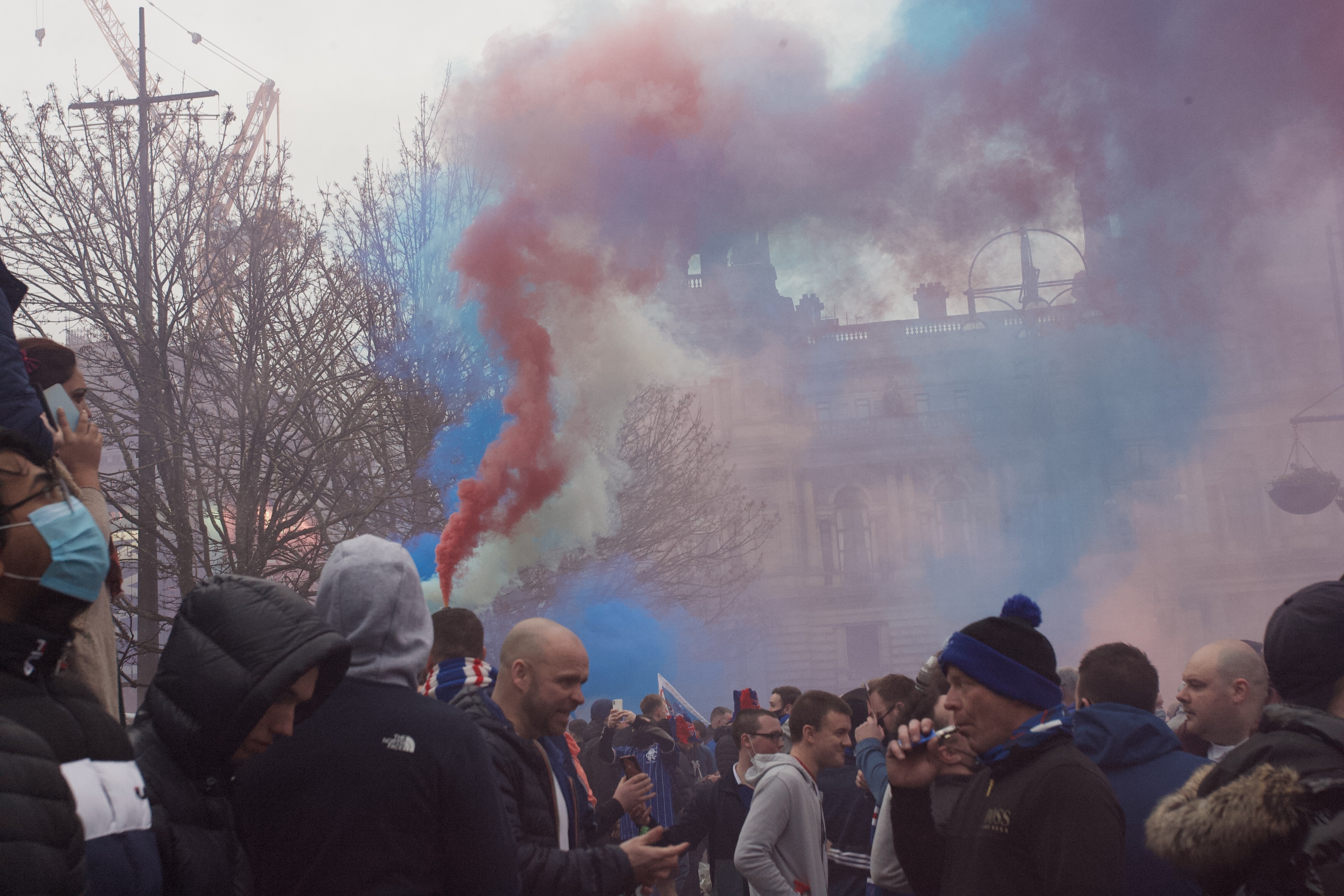 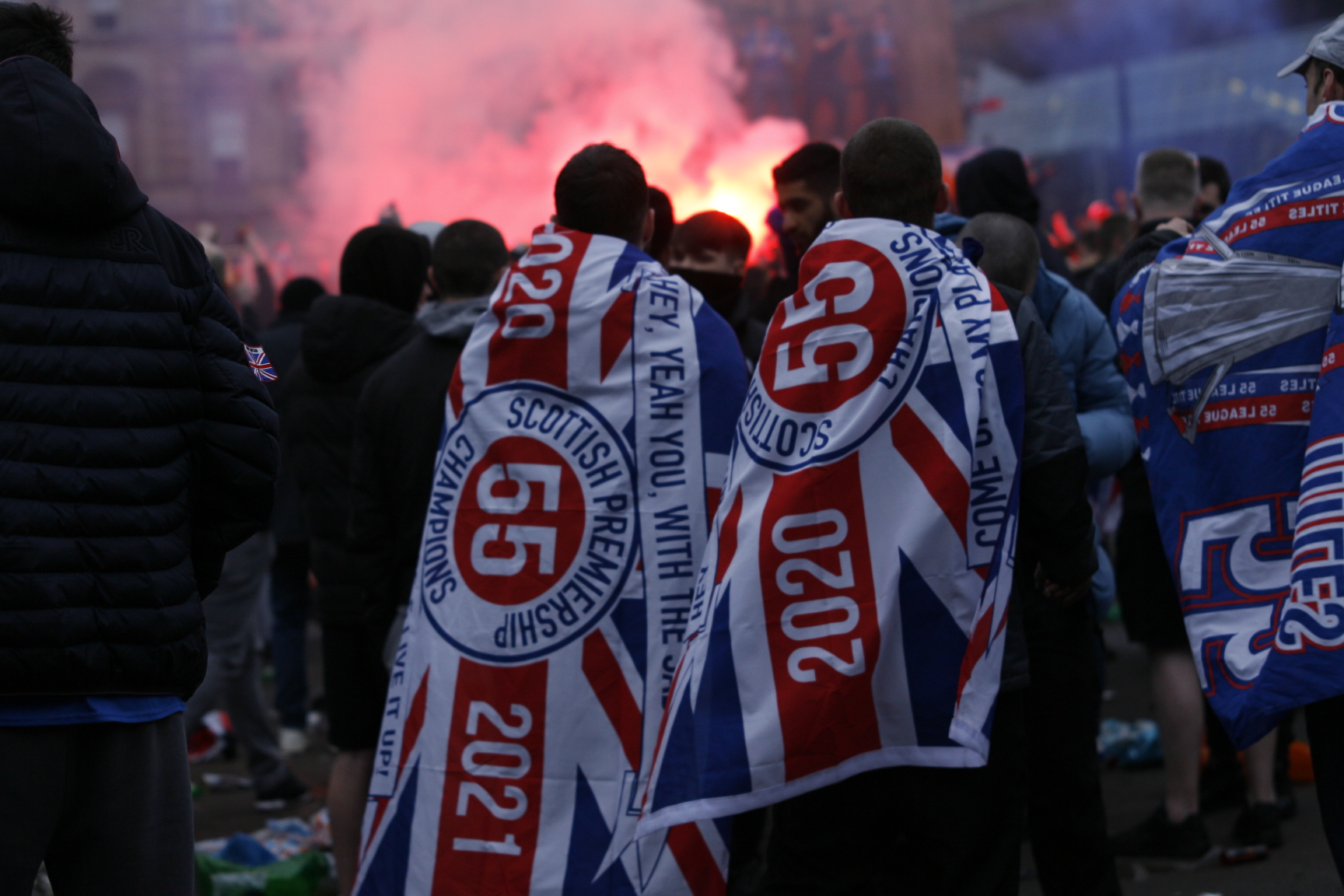 Earlier in the day the FM warned: "I congratulate @RangersFC on the title win & recognise what a moment this is for fans. But gathering in crowds just now risks lives, and could delay exit from lockdown for everyone else.

"If those gathering care at all about the safety of others & the country, they will go home."

It's the second day of Rangers fans' celebrations, as thousands welcomed the side ahead of the St Mirren game yesterday.

Scotland is currently under lockdown restrictions and has been since Boxing Day in 2020.

Light Blues fans also celebrated with the players at the club's training ground as Steven Gerrard's side were crowned champions of Scotland.

Thousands of supporters descended to Auchenhowie, near Milngavie, as the Ibrox club celebrated their title triumph.

Fans were crammed together outside the training ground gates as they waited to catch a glimpse of their heroes.

And they weren't left disappointed as the new title-winners cracked open the champagne and danced in front of the jubilant fans.

Boss Gerrard – now an iconic figure at Ibrox – was mobbed as his car left the training base.

The Liverpool legend pumped his fist out the window as he was driven safely away from the complex by a chauffeur.