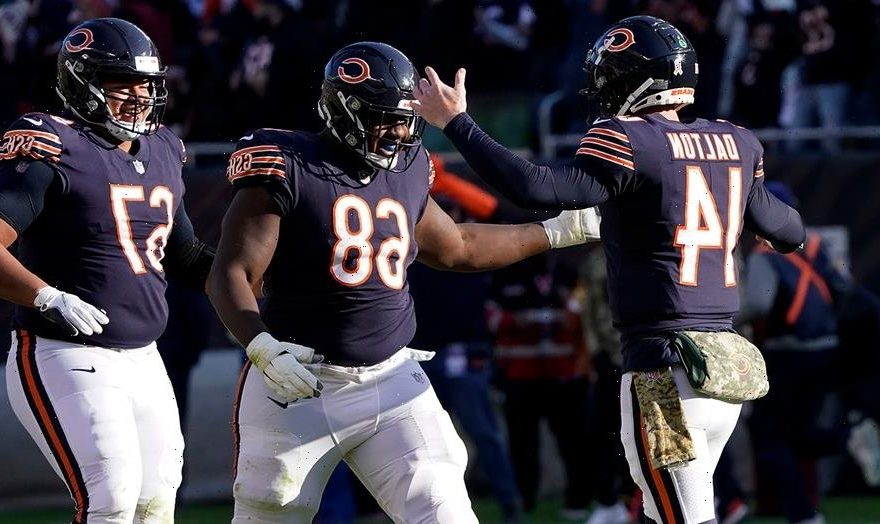 The Chicago Bears, Detroit Lions, Las Vegas Raiders, Dallas Cowboys, Buffalo Bills and New Orleans Saints are all in action on Thursday with the season in the middle of its stretch run.

The AFC and NFC playoff pictures couldn’t be murkier. Last week, with the Buffalo Bills and Tennessee Titans losing, was a reminder there is nothing certain in the league this season. No team is safe from being upset and possibly losing standing when it comes to the playoffs. 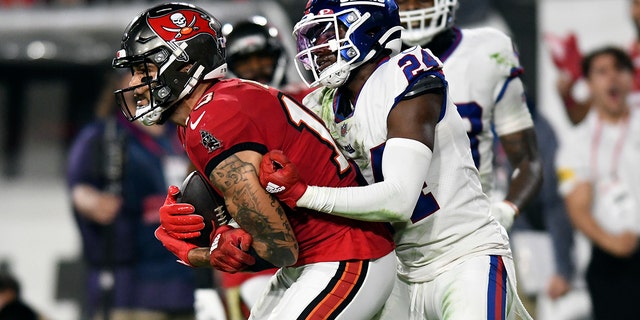 All times are Eastern. 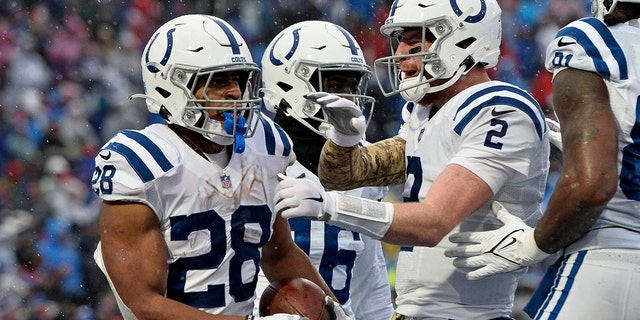 Indianapolis Colts running back Jonathan Taylor (28) celebrates with Carson Wentz (2) after scoring during the second half of an NFL football game against the Buffalo Bills in Orchard Park, New York, Sunday, Nov. 21, 2021.
(AP Photo/Adrian Kraus) 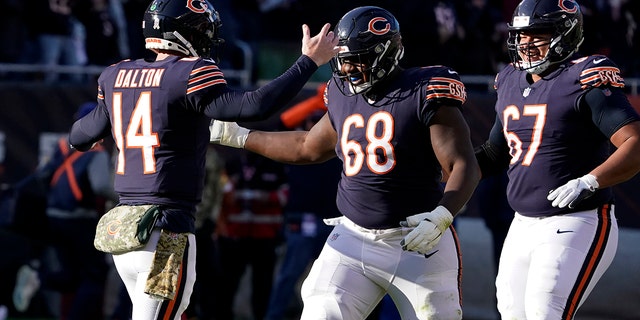