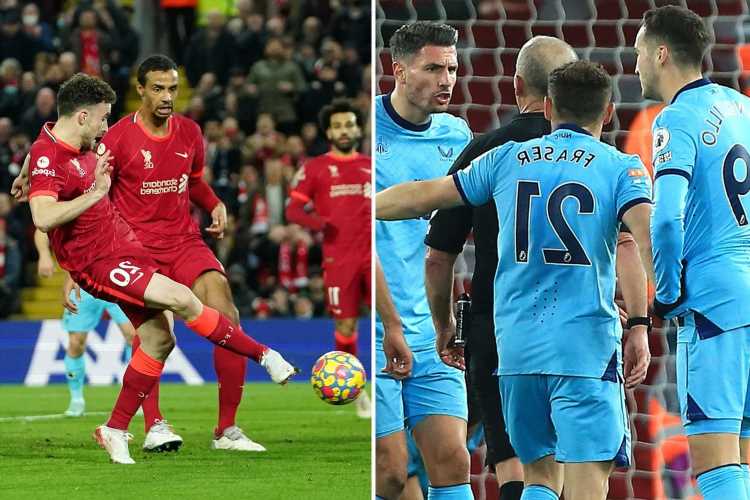 NEWCASTLE players raged at Mike Dean as Diogo fired in an equaliser for Liverpool.

The goal came with TWO Toon stars down in the penalty area after a clash of heads. 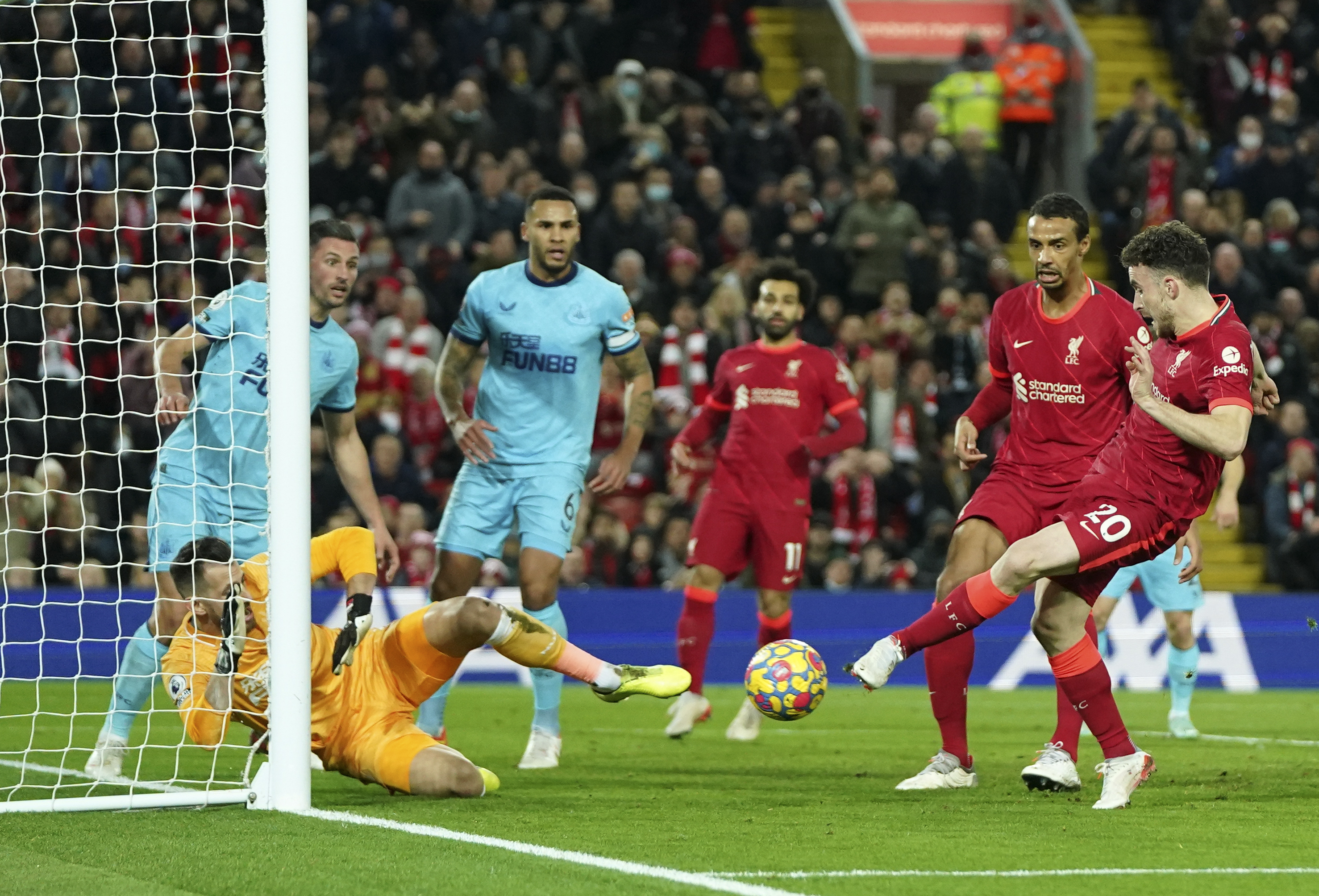 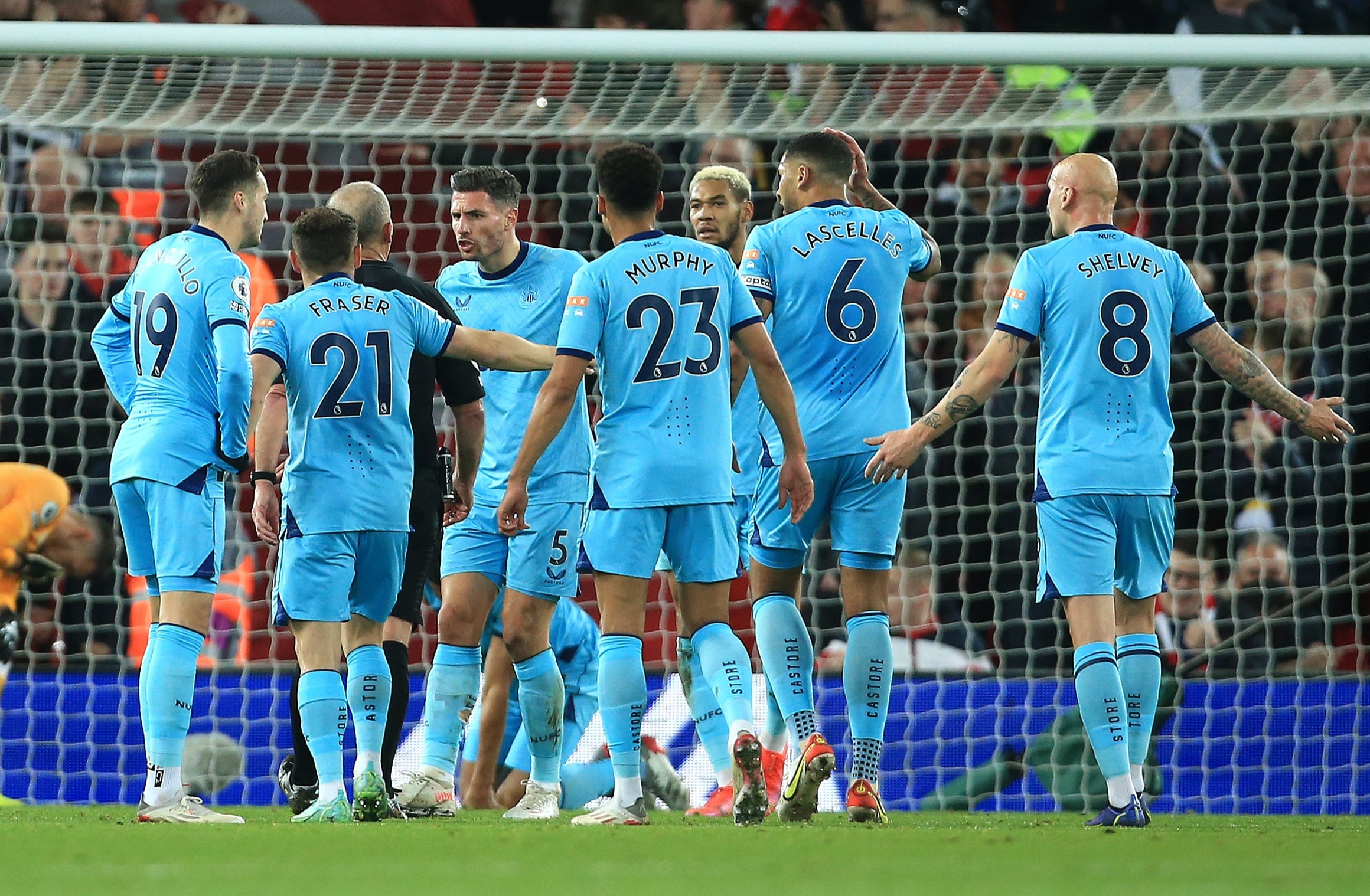 Newcastle took a shock lead at Anfield in the seventh minute after former Red Jonjo Shelvey smashed home a goal.

However, Liverpool were back in level terms in the 21st minute thanks to Portuguese hotshot Jota.

The versatile forward scored a fine header to restore parity on Merseyside.

But the goal was mired in controversy as two Newcastle players lay prone on the ground in the build-up after clashing heads.

Referee Dean allowed play to continue despite the incident.

And it ended up with Liverpool nabbing an equaliser to send the home crowd wild.

However, their protests fell on deaf ears.

And pundit Mark Lawrenson showed little sympathy for their plight, saying: “Eddie Howe feels extremely aggrieved, but it was his own players who fouled each other.”

Yet football fans appeared to decide with Newcastle, with one saying: “Absolutely ridiculous that Jota’s goal stands. Should have been disallowed.”

Another declared: “How has that goal been given by the ref?”

One added: “Got to be fuming with that Newcastle.”

Liverpool ended up taking total control of the game just four minutes later when Mo Salah fired them 2-1 up.