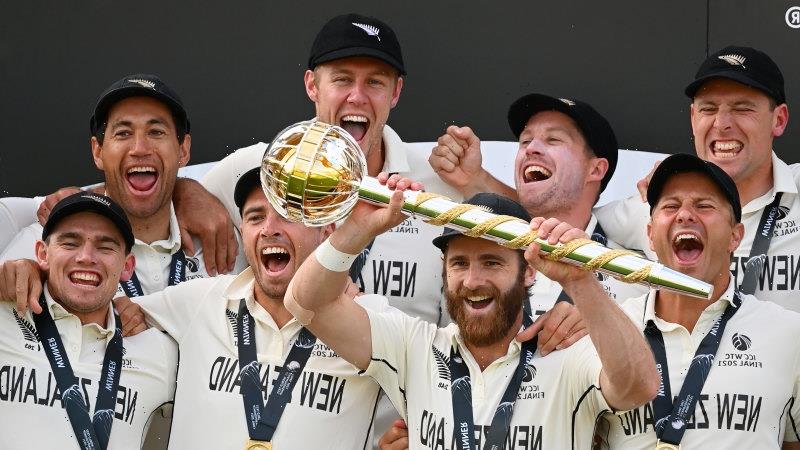 Southampton: New Zealand shed their bridesmaid’s tag by claiming the inaugural World Test Championship (WTC) title with an eight-wicket victory against India in a thrilling final on Wednesday (Thursday AEST). 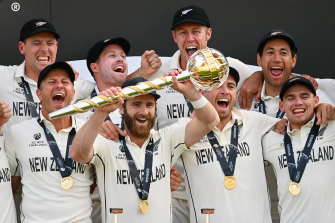 “Certainly it’s a very special feeling. After a couple of close ones (in ICC finals), nice to get one under the belt,” Williamson said at the presentation ceremony.

“I’ve been part of (New Zealand cricket) for a short while, but it’s a very special feeling, the first time in our history we’ve come away with a world title.”

All three results looked possible when India resumed the final day on 2-64 in their second innings with captain Virat Kohli and the dour Cheteshwar Pujara in the middle.

Kyle Jamieson had been the wrecker-in-chief in India’s first innings and the towering seamer returned to haunt them again on the sixth morning. 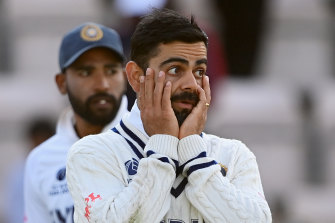 A downcast Virat Kohli on the final day.Credit:Getty

The 203cm bowler dismissed Kohli and Pujara in successive overs but was denied a third wicket when Tim Southee dropped Rishabh Pant at second slip when the batsman was on five.

It threatened to be a costly reprieve as Pant counter-attacked with in a typically aggressive knock of 41.

It took an inspired bowling change by Williamson to end the mayhem with Trent Boult (3-39) removing Pant and Ravichandran Ashwin in the same over.

Chasing 139 to win from 53 overs, New Zealand did not find it easy as Ashwin dismissed both openers to inject fresh excitement into the contest. 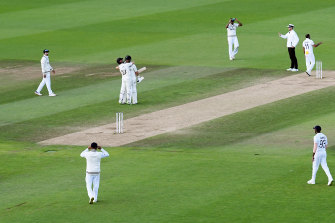 Williamson and Ross Taylor celebrate the winning runs in Southampton.Credit:Getty

More drama followed as Williamson, who made 52 not out, was adjudged lbw to Ashwin early in his innings. Williamson immediately reviewed the decision and got it overturned.

He got another life when Jasprit Bumrah dropped a skier.

Taylor, whose 47 not out included the winning boundary, was dropped by Pujara in the slips when the batsman was on 26.

The final marked the culmination of a two-year cycle of the WTC, which was launched in 2019 to create Test cricket’s pinnacle event.

New Zealand’s victory was also a fitting farewell for their wicketkeeper BJ Watling who retired after the match.

India captain Virat Kohli blamed his team’s batting on the final morning for their defeat.

“The Kiwi bowlers executed their plans to perfection and kept putting us under pressure and did not allow scoring opportunities,” he said.

“I think in the end, we were 30-40 runs short of putting them under serious pressure in the last innings.”

Jamieson, who claimed his fifth five-wicket haul in his eighth Test, was player of the match.