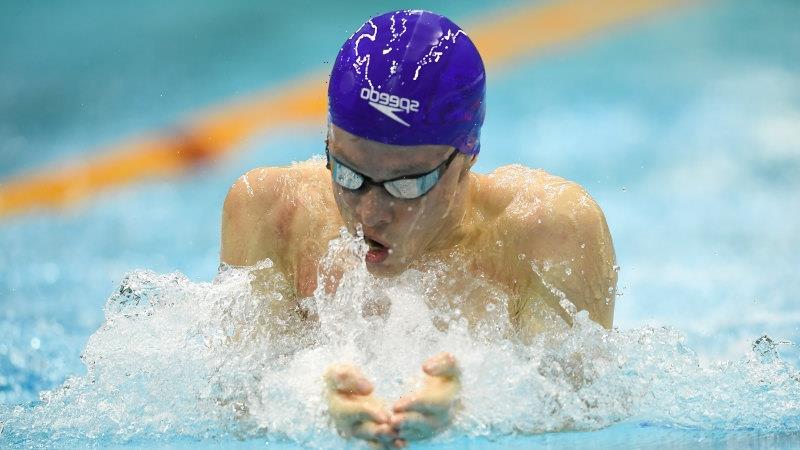 Another serious Tokyo medal hope has emerged at the Australian Olympic trials in Adelaide, with Queenslander Zac Stubblety-Cook recording the second fastest 200m breaststroke time in history before July’s Games.

The 22-year-old was the second fastest qualifier for the final behind Sydney’s Matt Wilson, who won silver in this event at the 2019 FINA World Championships and briefly held the world record before it was eclipsed in the final by Russia’s gold medal favourite Anton Chupkov. 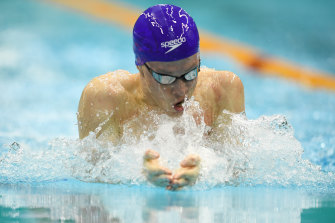 Wilson took the race out fast and was under world record pace at the halfway mark as Stubblety-Cook loomed ominously on his shoulder. He has a booming finish and moved to the lead on the final turn before extending away to post two minutes, 06.28 seconds, a new Commonwealth record.

It was a serious swim that should send a message to the leading Games medal players. Stubblety-Cook said he was still coming to terms with what he’d just achieved but would go back to basics in the lead-in to the Games.

“I mean, it doesn’t feel real yet. It’s exciting. I just have to take it in my stride. I think I have room for improvement,” Stubblety-Cook said.

“We couldn’t be more opposite in the way we swim that race. I knew he [Wilson] was going to go early and I had to make sure I didn’t gas myself too early like I’ve done in the past.”

There was more heartbreak for Wilson, who won this race in 2016 but missed the stringent Australian qualifying time, which is harsher than the FINA requirement and needs swimmers to hit a mark that would have seen them top eight in the 2019 world titles.

This time, he finished second and missed the mark again, with his 2:08.52 just shy of the magic 2:08.28. He was visibly upset in the water but could yet get taken as a relay swimmer should Australian selectors make him a discretionary pick.

He has some form at the highest level and was a strong contributor to Australia’s mixed medley gold medal win in 2019. That alone may be enough for the coaching panel to give him the benefit of the doubt when they assemble the squad.

“That’s up to the selectors,” Stubblety-Cook said. “It’s pretty gut-wrenching seeing that. It’s just the nature of the sport sadly. It’s tough.”

West Australian Brianna Throssell was able to turn around her form from earlier in the meet to take out the 200m butterfly and qualify for her second Games.

Throssell was visibly relieved after the race and will be a key member for a number of Australian relays in Tokyo. Now she is on the plane, there’s a real chance she will come home with a haul of medals from the team events.

Wednesday will see the first sighting of the best women’s sprinters as Emma McKeon and Cate and Bronte Campbell go head-to-head in the 100m freestyle.

McKeon has been in superb touch thus far having booked spots in the 100m fly and 200m freestyle. She has emerged as a serious threat to Campbell’s sprint crown, while Campbell will be aiming for a spot on her fourth Olympic team.