After a seven-month break in inter-county action, the National Leagues return this weekend.

As it is so long since the fifth round of games, here is a chance to refresh our memories as to what is at stake….

Who can win the title?

A stunning start to life under Padraic Joyce saw Galway surge to the top of the table. Should the Tribesmen win their last two games against Mayo and Dublin, they will seal their first title since 1981.

Kerry head the chasing pack, travelling to Monaghan on Saturday before hosting Donegal.

Two wins for Dublin could see them regain the title they last won in 2018, while Tyrone have an outside chance, hampered by their negative points difference. 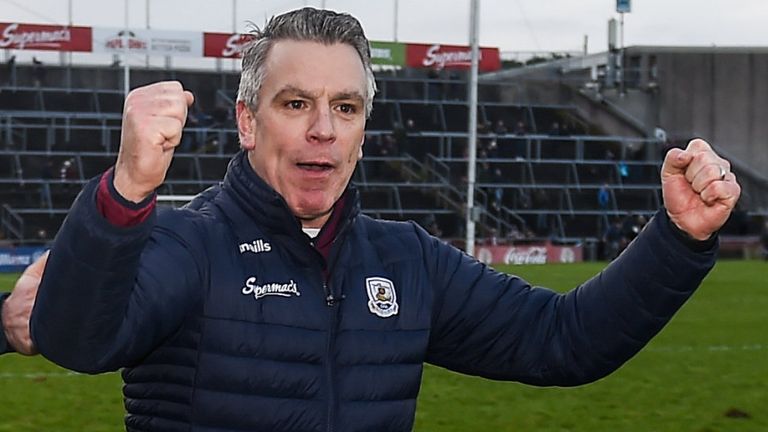 Meath are already relegated, but it remains to be seen who will join the Royals in the second tier in 2021.

Defeat to the Tribesmen could spell the end of the reigning Division 1 champions’ 23-year stay in the top flight. Three points from their final two games against Galway and Tyrone appears to be the minimum needed.

Donegal boast a superior points difference over the westerners after the two sides drew at the start of the campaign, and Mayo would miss out on a head-to-head tie-breaker against Monaghan.

Nonetheless, either of the Ulster counties could still get dragged down into the relegation zone if Mayo finish strongly. 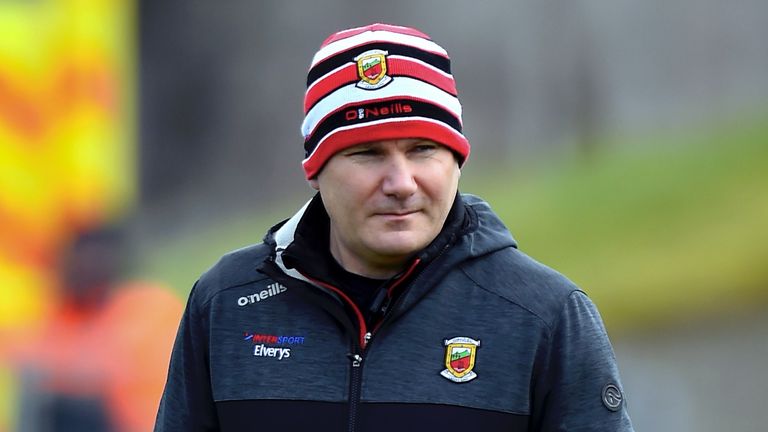 True to form, everything is up in the air with two rounds to go in Division 2.

Armagh sit top of the pile, level on points with Roscommon. The two sides face off this weekend, with the winner virtually assured of promotion.

Cavan are well placed as they eye a swift return to the top tier, while Leinster pair Westmeath and Laois find themselves right in the middle – in contention for both promotion and relegation.

Defeat to Clare this weekend would see Fermanagh relegated, and Ryan McMenamin’s side will likely need at least three points from their remaining fixtures to preserve their second-tier status.

Above the Erne County, Clare and Kildare are fighting to avoid the drop, while the Lake and O’Moore counties could yet get dragged into the relegation scrap. Cork have almost secured their return to the second tier; one in their final two games would secure promotion.

Down and Longford are the ones battling for second spot, with the Mourne County having the easier run-in based on league positions, as they face Leitrim and Louth.

The Wee County appear to be condemned to relegation, and need a result from Pairc Uí Chaoimh this weekend to stay alive.

Leitrim and Tipperary face off in the final round of fixtures, and that tie could settle the seventh position. Travel restrictions mean London are unable to finish their campaign. Per competition rules, their remaining two games will go down as a loss, but wins will not be granted to Waterford and Carlow.

The top of the table is largely unaffected by the Exiles’ elimination. Limerick’s match with Wexford could be crucial this weekend, as five teams vie for the top two spots.

Watch Inside The Game every Wednesday evening on Sky Sports Mix. You can catch up on previous episodes on the Sky Sports YouTube channel.