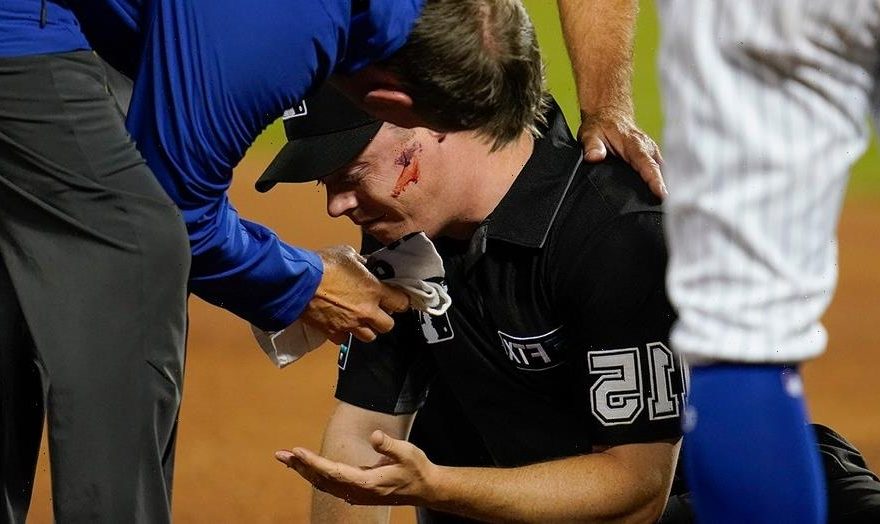 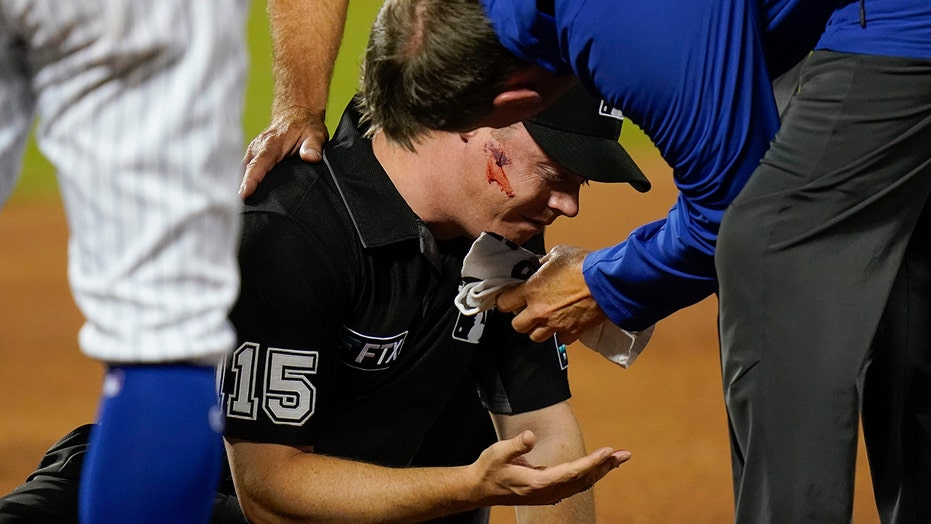 An MLB umpire was hit in the face by an errant throw during a game Monday night between the New York Mets and the St. Louis Cardinals.

Mets shortstop Francisco Lindor hit a liner toward Cardinals shortstop Edmundo Sosa in the bottom of the second inning. Sosa moved to his left to corral the ball and twirled to throw it toward first base. The ball, however, never reached first base and instead hit umpire Junior Valentine in the head. 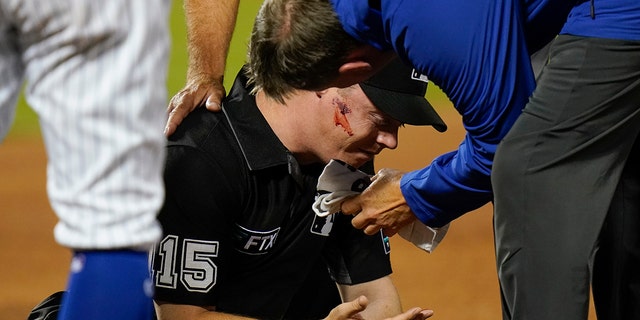 New York is coming off of an incredible win over the crosstown rival New York Yankees on Sunday night. Lindor had hit a go-ahead home run to push the Mets ahead of that game and win the heated battle.

The Cardinals took two out of three from the Cincinnati Reds in the weekend series. The Cardinals won 2-0 on Sunday.

Both teams hoping to keep pace in the National League wild-card battle. St. Louis is one game behind the San Diego Padres for the final wild-card spot and the Mets are three games back.