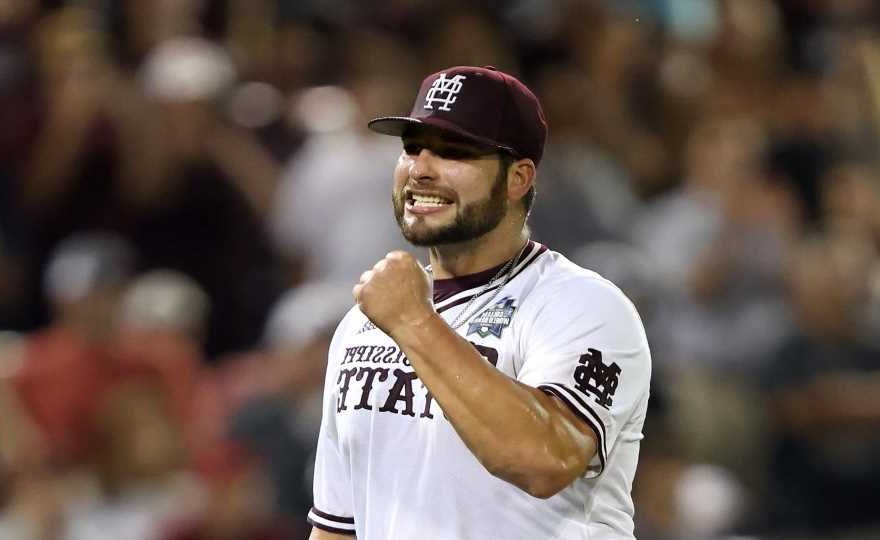 Mississippi State pitcher Preston Johnson had an excellent outing in Game 2 of the College World Series finals on Tuesday, pitching five innings and giving up two hits while striking out seven in the Bulldogs’ 13-2 victory over Vanderbilt.

One notable blemish in the otherwise spotless performance came when Vanderbilt’s Maxwell Romero Jr. hit a home run to deep right-center field to make the score 13-2. The solo shot provided no real threat to the Bulldogs’ victory — it occurred with two outs in the bottom of the ninth inning — so Johnson afforded himself a funny, yet sad, reaction to it:

What else can you do, right?

The next batter, Isaiah Thomas, grounded out to give the Bulldogs the series-tying victory. And if Johnson is still upset at giving up the run, he can at least take solace in the fact he vastly outperformed the Vanderbilt bullpen, which walked 10 Bulldogs batters — including eight by the first two relievers, Christian Little and Patrick Reilly. They also allowed six of Mississippi State’s 13 runs.

First pitch for Game 3 of the College World Series finals is scheduled for 7 p.m. ET Wednesday in Omaha, Neb.