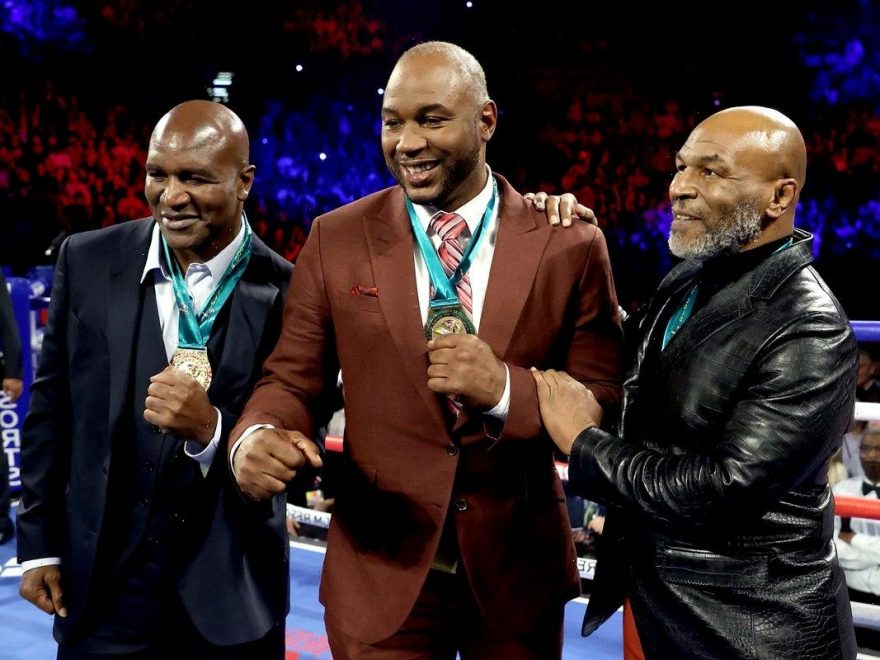 Mike Tyson with Lennox Lewis and Evander Holyfield in February 2020

Mike Tyson has claimed he will fight Lennox Lewis in September in what would be a sensational rematch between the two former world heavyweight champions.

Tyson returned to the ring for the first time in 15 years last November when he met Roy Jones Jr in an exhibition bout.

The 54-year-old expressed a desire to pursue regular fights following the contest, and has seemingly set his sights on the retired 55-year-old Lewis.

The Briton defeated Tyson by eighth-round knockout when the pair met in 2002 in a world title fight, with Lewis retiring one year later as a unified world champion.

They also clashed in the pre-fight press conference and traded insults in the build up to the bout, with the American telling Lewis he would “eat his children”.

And Tyson has now increased speculation that the old rivals will face each other in the ring once again, telling TMZ: “I’m gonna fight Lennox Lewis… September.”

Tyson has made such claims before and has been linked with a meeting with former foe Evander Holyfield, with the 58-year-old American stating that he would sign up to a trilogy fight for at least $25million.

Tyson and Jones Jr fought to a draw in their exhibition bout last year, but Tyson showed glimpses of his trademark speed as he returned to the ring for the first time since 2005.