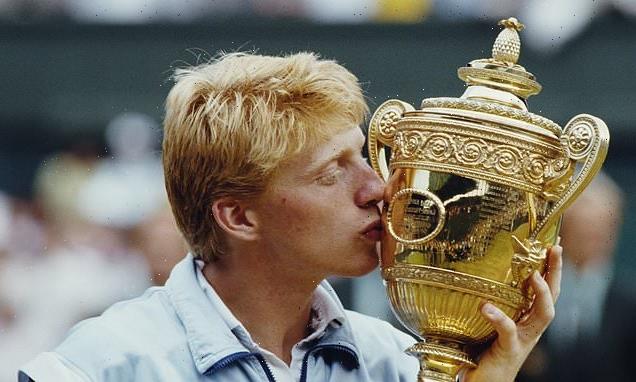 MIKE DICKSON: Boris Becker is charming, quirky, friendly but flawed… the same sense of infallibility which carried him to an amazing Wimbledon triumph has come back to bite him as tennis legend is jailed for 30 months

Boris Becker first soared to fame with his athletic dives around the lawns of Wimbledon. Thirty seven years on, and less than ten miles away, he came crashing down to earth.

Friday’s sentencing at Southwark was the culmination of a fall a long time in the making, one that has its roots in the events that took place on the Centre Court in 1985.

The same sense of infallibility that carried him to an extraordinary triumph at seventeen served him less well – to put it mildly – when it came to managing his business affairs in later life. 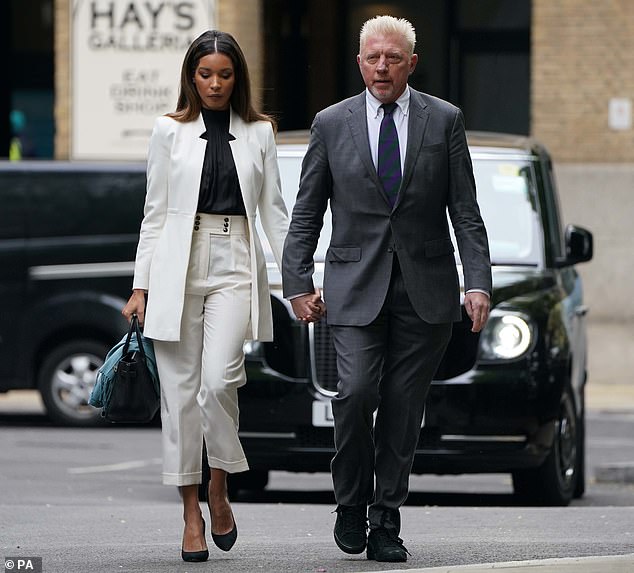 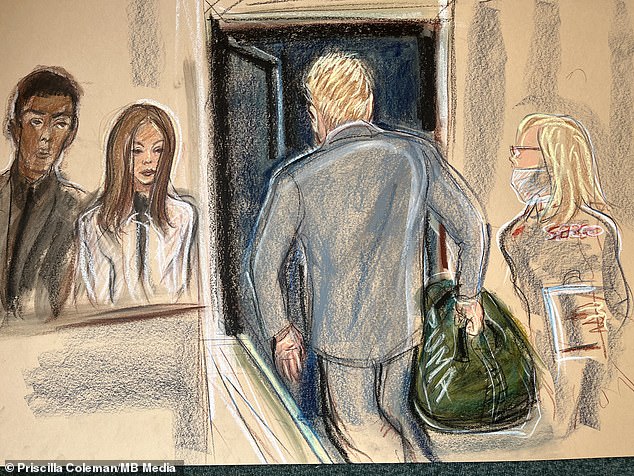 A court artist’s sketch of Becker heading down to the cells after being sentenced, watched by his girlfriend Lilian and his son Noah

Not unlike Becker himself, the term Schadenfreude comes from Germany and has been adopted by the British. There was little evidence of it to be found within the confines of the tennis world as word of his demise began to circulate.

At the Madrid Open, there was an initial sense of shock. The jaw of Bulgarian star Grigor Dimitrov – in whose career Becker has taken a paternal interest – nearly dropped to the floor when I told him.

Back at Wimbledon there will be discussions about whether he can retain membership of the All England Club, whose tie he wore in learning his fate. That was conferred after winning the first of what were to be six Grand Slam titles (three at the AELTC) in a glittering career that saw him become the world’s number one player. 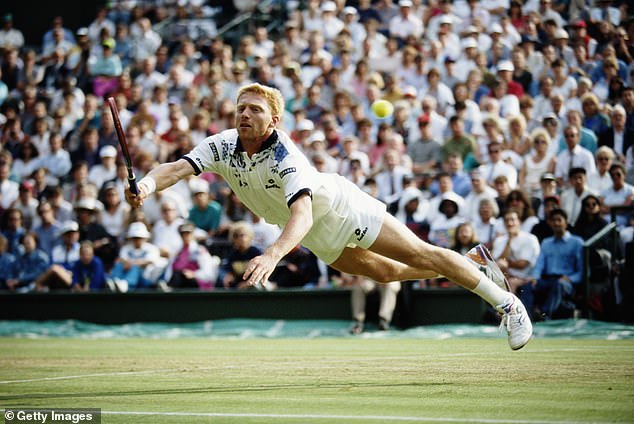 A better player than Roscoe Tanner, who reached the final in 1979, they now share the unwanted distinction of going to prison after gaining major prominence at SW19.

The inescapable fact is that Becker has done wrong, and it should be remembered that manipulating his finances in such a way is not a victimless crime.

Yet his decline is also accompanied by a sense of pathos, with almost Shakespearean feel to the plunging fortunes of a man who once strutted around tennis’s most famous arenas like he owned them.

My own association with him goes back, intermittently, over more than three decades. Our first real acquaintance came at a grass court event held on Merseyside where, unprompted, he announced he would be donating his prize money to the Hillsborough appeal. 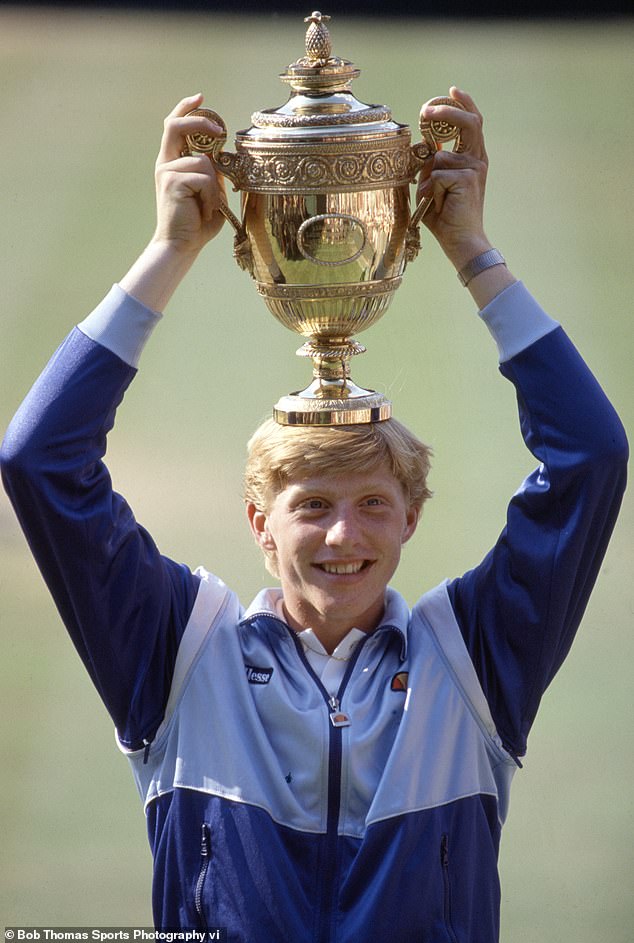 He is an easy person to like, in the experience of myself and many others in the game. Charming, somewhat quirky and with a magnetic presence when walking into a room. Friendly and, of course, flawed.

Becker is the product of extraordinary formative experiences which saw him propelled to superstardom at an age when his contemporaries were still at school.

He was a manchild when he first won Wimbledon at 17. When we looked back on the whole episode a couple of years ago at his Thames-side apartment he described as being ‘like the first man on Mars.’

It is hard to overstate the level of fame that that brought him in his homeland, where fans would camp outside hotels to catch a glimpse of their hero if he was playing in Germany. The level of scrutiny became such that at one point he took to walking around in a wig and glasses. 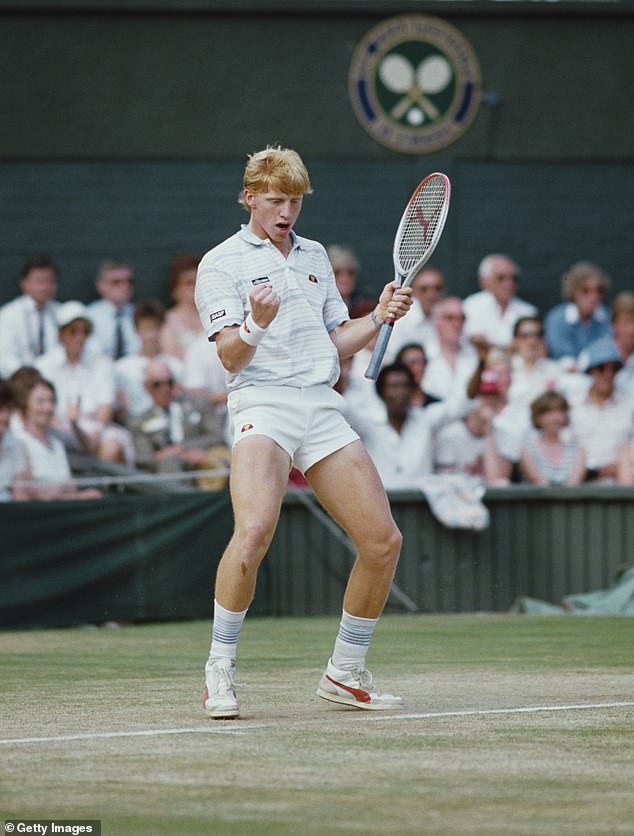 Less than a year after turning professional, the precocious star claimed his first top-level singles title with victory at West London’s Queen’s Club

A confirmed anglophile, in Britain he reached the status of being recognisable by his first name, at least until the arrival of a certain Prime Minister. ‘Occasionally I see a headline with Boris in it and wonder what have I been up to now?’ he joked.

The notoriety was only added to by a private life which is hardly done justice by the usual description of ‘colourful’.

It can be overlooked that everything sprung purely from his ability as a tennis player. Delivered following an odd rocking motion, he possessed a technically outstanding serve that combined power with accuracy, backed up by penetrating groundstrokes and an ability to smother the net.

His virtues were never more accentuated than on the quicker surfaces such as grass, and he was a catalyst in changing the way the game was played. 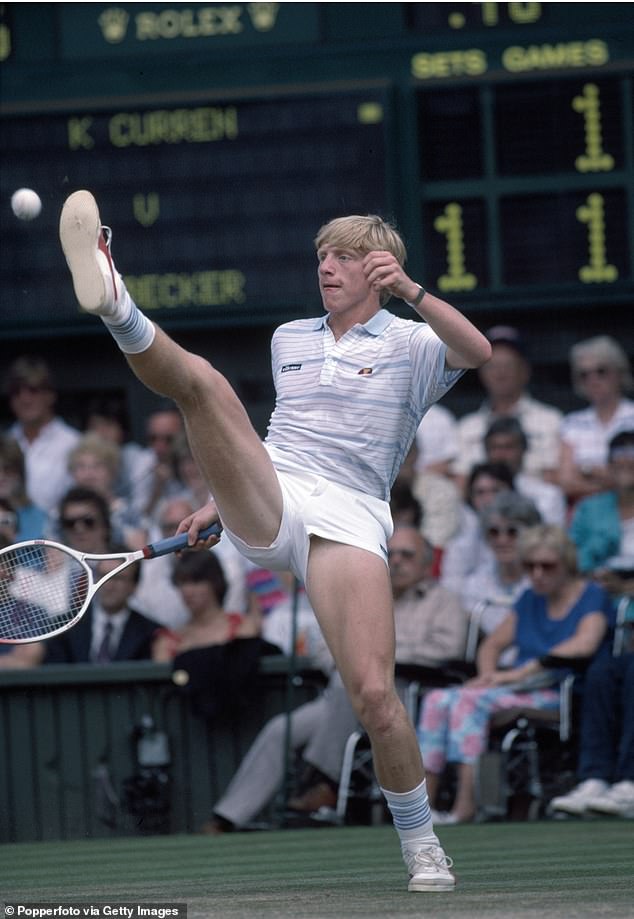 Latterly he has shown his technical knowledge in a spell coaching Novak Djokovic. At times that has been disguised by his occasionally eccentric commentary style with the BBC, but it is undoubtedly there.

It is hard not to think that the undiluted adulation experienced as young man has a link to what has transpired. Probably, too, the absence of self-doubt which is such an asset when competing at the most rarefied levels of sport.

There are those in tennis who have attempted to offer support and wise counsel in recent years. Among them was Ion Tiriac, the Romanian tycoon and entrepreneur who once managed him and has been contrastingly successful in a business context.

Somewhere it all got lost. It is not to excuse what he has done in saying that the sorry outcome still carries with it a profound sense of melancholy.