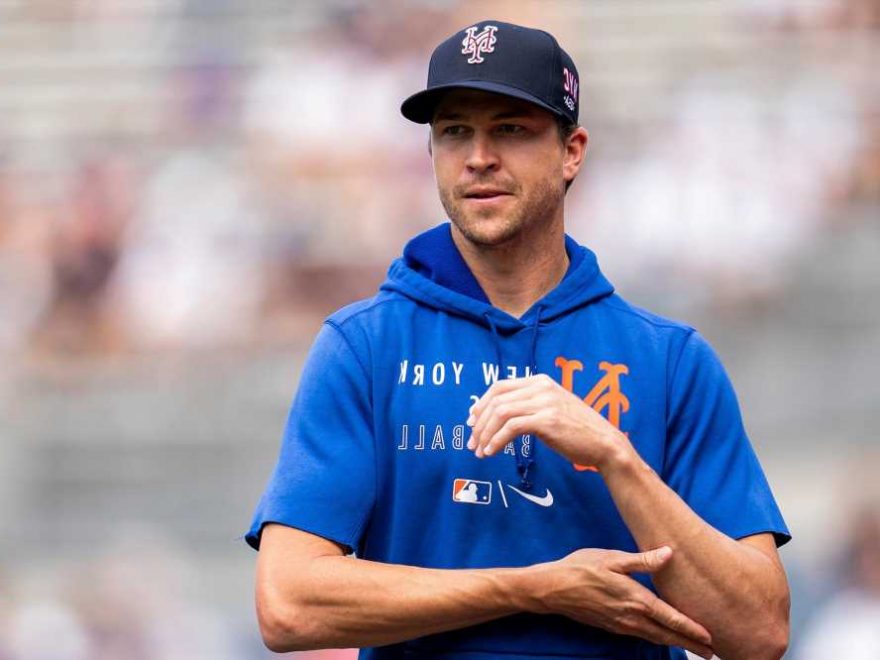 PITTSBURGH – Now the Mets have to worry about their ace again.

Jacob deGrom has been scratched from his next turn in the rotation, after experiencing tightness in his right forearm during a Friday bullpen session, manager Luis Rojas said before Saturday’s game. DeGrom underwent an MRI exam, according to Rojas, that showed no structural damage.

Already this season, deGrom has dealt with lat/right side, elbow and shoulder discomfort that has forced him to miss starts or curtail his outings. Rojas said none of the health issues have been related.

The Mets had been leaning toward starting deGrom on Sunday against the Pirates. Taijuan Walker will get that start and the Mets will scramble to fill Monday’s rotation spot in Cincinnati.

Rojas said deGrom told him he felt the tightness during a side session he threw before the All-Star break. DeGrom played catch at home during the break and still had the tightness.

“He felt that a couple of days off and coming here, throwing a side on Friday he was going to be alright because it’s a similar feeling he has sometimes between starts sometimes with forearm tightness, but it goes away,” Rojas said. “This time it hasn’t gone away and that’s why right now he is just getting treatment.”