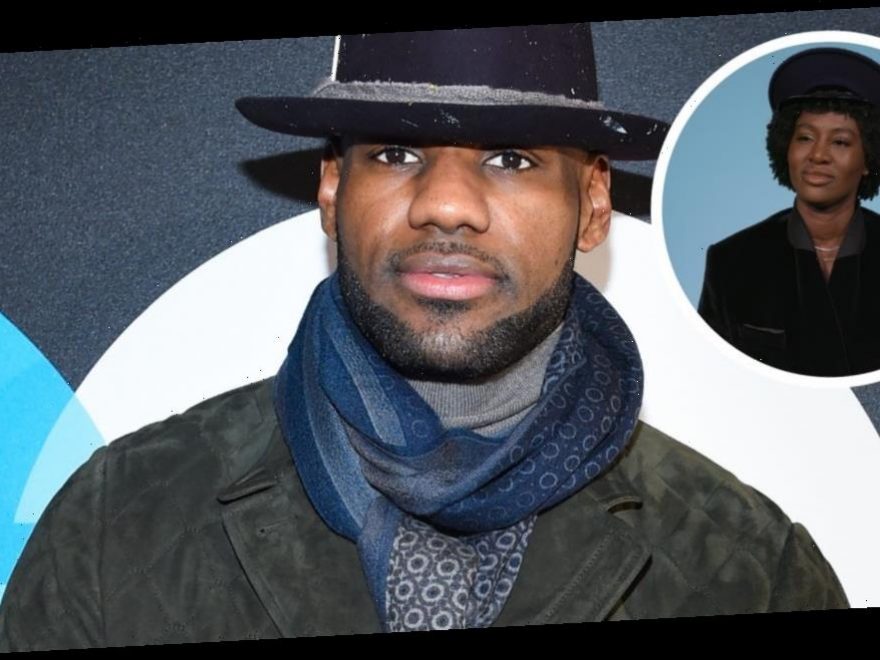 Following is a transcript of the video.

Rachel Johnson: My name is Rachel Johnson. I am a celebrity wardrobe stylist and the CEO and president of the Thomas Faison Agency.

Cam Newton: Watching basketball games, you get a different idea when you start seeing just as many cameras covering the postgame as the walk-up as vice versa for any other sport, too.

Narrator: But before she connected the fashion world with the sports world, Johnson pursued a degree in education.

Johnson: I was two years into getting my degree to teach high school English when I met a gentleman named Groovy Lou who worked for P. Diddy, and he told me that there were black women who were responsible for creating images for celebrities. So, as soon as Groovy told me that this could be a viable career path for me, I knew that that’s what I wanted to do.

Narrator: After college, she worked for Essence Magazine then moved into styling musicians and eventually met Jalen Rose.

Johnson: So Jalen was my first entry into the athlete world, and it was a beautiful way to enter the business because I was able to understand the mentality of an athlete. So the very next athlete I started working with was LeBron James, and I met him through Jay-Z, and working with LeBron is what really helped to completely change the way that the NBA dresses.

I knew that in order for LeBron to be respected from a style standpoint, that he needed to be wearing recognizable, historic brands. Coming from a fashion standpoint where they just didn’t understand men of this stature, they didn’t understand necessarily the athletic world, I had to bring these two worlds together in a way that both of them could understand each other’s language. So my goal was to bring him to these fashion houses and have looks created for him so that when he had press opportunities and opportunities to be in front of the camera, he was wearing what any other well-dressed actor would be wearing.

Narrator: James became a global superstar. His exposure and Johnson’s influence eventually permeated throughout the rest of the NBA, but Johnson’s work didn’t stop there.

Johnson: I had been going to Europe. I had been going to Paris and Milan to attend fashion shows, and when I was there, I realized there was a huge gap. There was a huge opportunity there for my clients, for athletes, for black men in particular to attend these shows because there was absolutely no diversity present at all. Victor was my first client who was brave enough to attack the European market.

Narrator: And Johnson and Cruz succeeded. Cruz became the face of Givenchy’s fall and winter 2015 campaign.

Johnson: On a day-to-day basis, my goals are to help build relationships with my clients and fashion brands, and once I figure out where it is that they want to be placed and how they want to be perceived by the public, that gives me the insight that I need to understand what brands I should connect them with, which events they should be attending, and then obviously what they’re wearing.

Victor Cruz: I call her my fairy fashion godmother because whenever I have a question or a debate about what I want to wear, how I want to wear it, I’ll ask her.

Narrator: Her work continues to break down barriers and spread throughout popular culture.

Newton: For so long, the football player stigma has been this big, strong, masculine guy who may not have any style. All he just wants to do is just hit somebody, but now it’s just a different demographic of how people approach athleticism in different ways.

Johnson: So these last 10 years of focusing on athletes and really bringing the two worlds of fashion and athletes together has been to heighten the awareness of fashion designers and brands, to help them be more inclusive and create sizes that are available for everyone.

Cruz: DeAndre Hopkins, obviously, Odell Beckham Jr., you’ve got different guys that probably wouldn’t get the notoriety for their fashion five to six, seven years ago, and now they’re getting those accolades. They’re getting that attention, and they’re getting the respect that they deserve, but it’s definitely evolved even from the time that I met Rachel all the way to now.

Johnson: There are men who may have not necessarily felt comfortable wearing what’s coming down the runway if they see a waif-y model wearing it, but a regular 9-to-5 businessman can look at what a LeBron James or Russell Westbrook or Victor Cruz is wearing and say, ‘You know what? Maybe I can do that, too because he’s more like me.’ And so, all of these stereotypes, I think from a fashion perspective, were broken down for men, and it just opened things up to make everything about men’s fashion become more accessible. They’ve made it OK to try things that you’ve never tried before, and that’s a very cool thing.

EDITOR’S NOTE: This video was originally published in March 2019.