The World Cup winner, 21, has been most strongly linked with a record-breaking £400million move to Real Madrid. 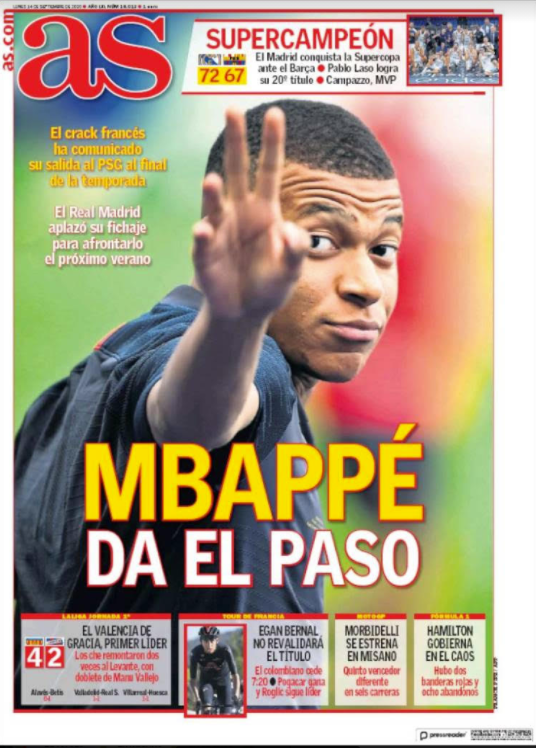 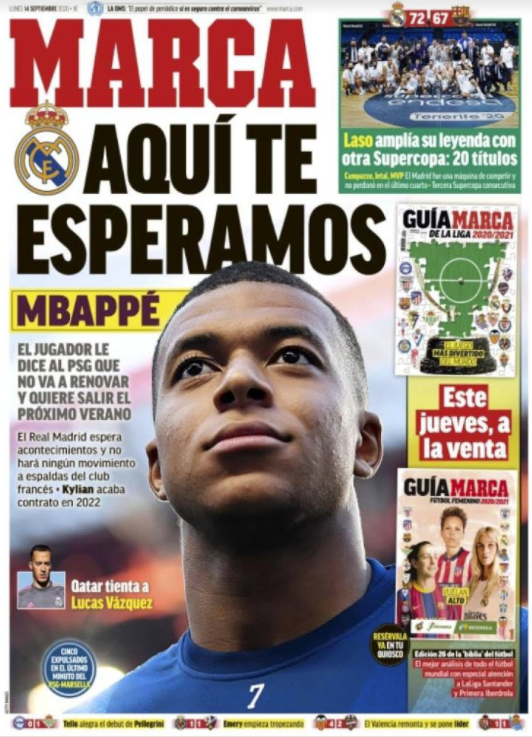 Now the biggest Spanish papers have ramped up the hype by telling the striker: "We're waiting for you."

Madrid-based Marca splashed that rather ominous message across their front page.

They then go onto claim that Bernabeu bosses will wait to see how Mbappe's situation evolves over the coming year.

Crucially, they report Real – famed for their Galactico transfer policy – will not contact Ligue 1 champs PSG straight away over a deal.

Marca's rival AS had the headline: "Mbappe takes the plunge."

Their report ties in with previous stories saying Real chiefs will wait until next summer before making a move.

That could form part of a mega £261m splurge designed to bring in Mbappe, Dortmund star Erling Haaland and Rennes midfielder Eduardo Camavinga. 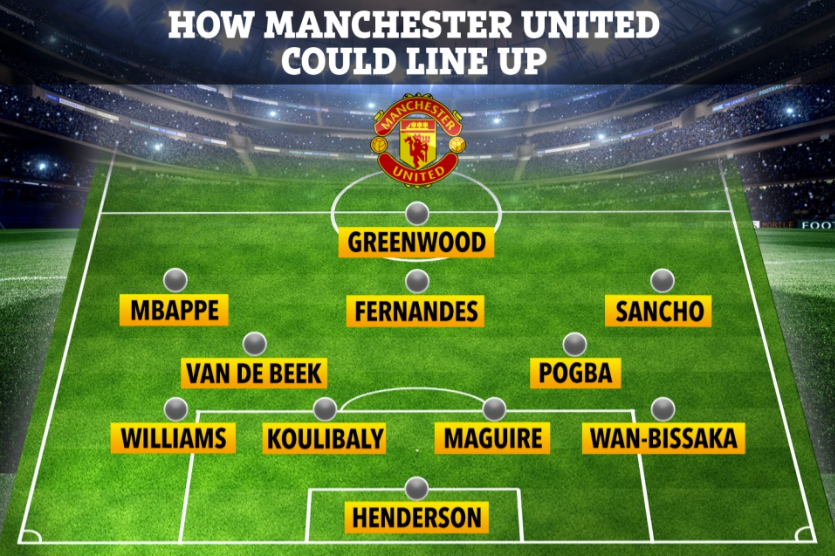 Mbappe is contracted with PSG – who had Neymar and others sent off during a huge brawl in the shock 1-0 loss to Marseille last night – until 2022 so they will need to sell him next summer to cash in.

If he does not sign a new deal then he could leave as a free agent after that – but that seems unthinkable.

Mbappe is already on £15m a year and will expect to see that huge salary rise by another £5m when he moves.

Any club that plans to sign him will want his signature on a five-year deal.

City, United and Real will not baulk at such a staggering outlay, although Liverpool’s owners FSG will blink. 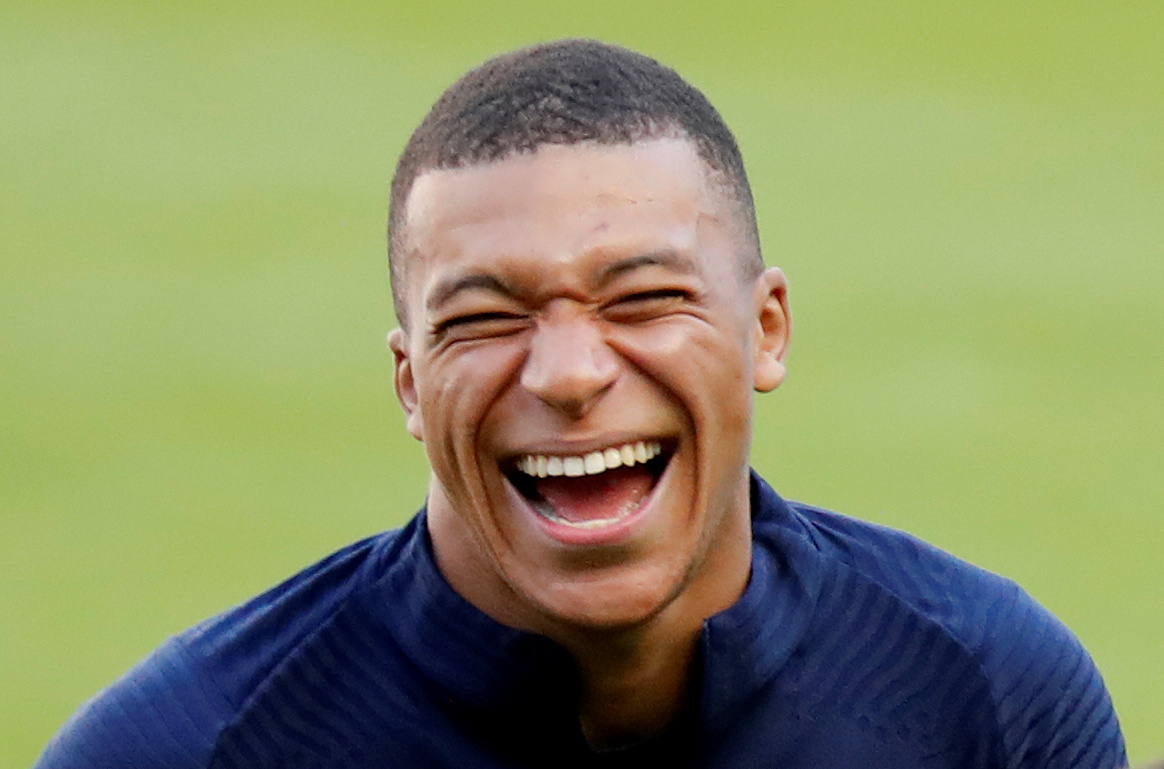 The Premier League champions may have spent £310m on a collection of stars between 2017 and 2018.

But over the last 12 months the American owners have brought in players worth just over £20m and over the same time scale have made a net profit on deals of £32m.

Going for Mbappe would require the sale of one of their Fab three of Mo Salah, Roberto Firmino and Sadio Mane.

Senegalese frontman Mane would be the most likely to go if he asked for a move and has so far ignored Liverpool’s effort to get him to extend his stay for two years beyond 2023.

Real would love to have him – as they would Mbappe – and he would command a fee of £150m.