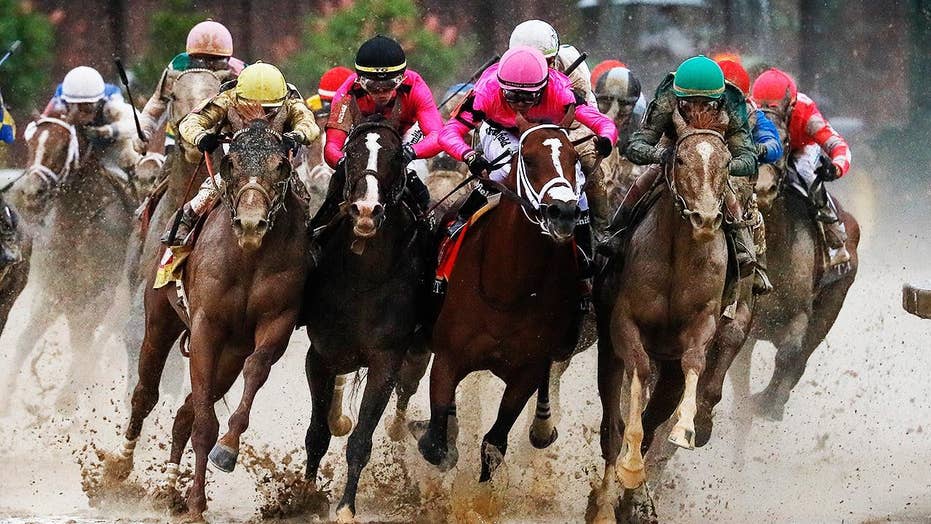 The co-owner of Maximum Security says his horse will not run in the Preakness following disqualification; analysis from crisis management consultant Eric Dezenhall.

The owner of Maximum Security, the first horse ever disqualified from the Kentucky Derby for interference after crossing the finish line first, told Fox News on Monday evening that he would "file a lawsuit in the appropriate jurisdiction" after the Kentucky Horse Racing Commission (KHRC) denied his appeal of the Churchill Downs stewards' decision.

Gary West told "The Story with Martha MacCallum" that he "expected" the ruling from the KHRC, which ruled that the stewards' decision was not subject to appeal and denied a request to stay the disqualification ruling pending appeal.

Maximum Security finished Saturday's race a length and three-quarters ahead of longshot Country House on a sloppy track. However, after two jockeys filed objections, the race stewards determined that Maximum Security had impeded the paths of several horses in the race. The disqualification elevated Country House to the winner's circle.

On Monday, West blamed fellow competitor Will to Win, which ran from the No. 1 post position, for causing the chaos that saw Maximum Security penalized.

"I think when it's all said and done and all the evidence is put on display, frame by frame in slow motion, you will find that the 1 horse [Will to Win] actually caused the infraction, not our horse," he said. "And … I believe it will eventually show that if the 1 horse would have finished ahead of our horse, we would have had every right in the world to claim an objection against the 1 horse."

West also blamed Derby organizers for staging the race with 20 horses in the field as opposed to the 14 seen in other prominent races.

"The reason that they have 20 horses instead of 14, like they do in every other major race in America, including the Kentucky Oaks and all the Breeders Cup races, which are kind of the gold standard races in America, is because … Churchill Downs makes more money on the races by having 20 horses in the race than by having 14 horses in the race," West said. "And, what I think they are doing and what they have done is, they are putting profits ahead of the lives of both horses and people, and I don't think that's right."

The only other Derby disqualification took place in 1968 when first-place finisher Dancer's Image tested positive for a prohibited medication days after the race.