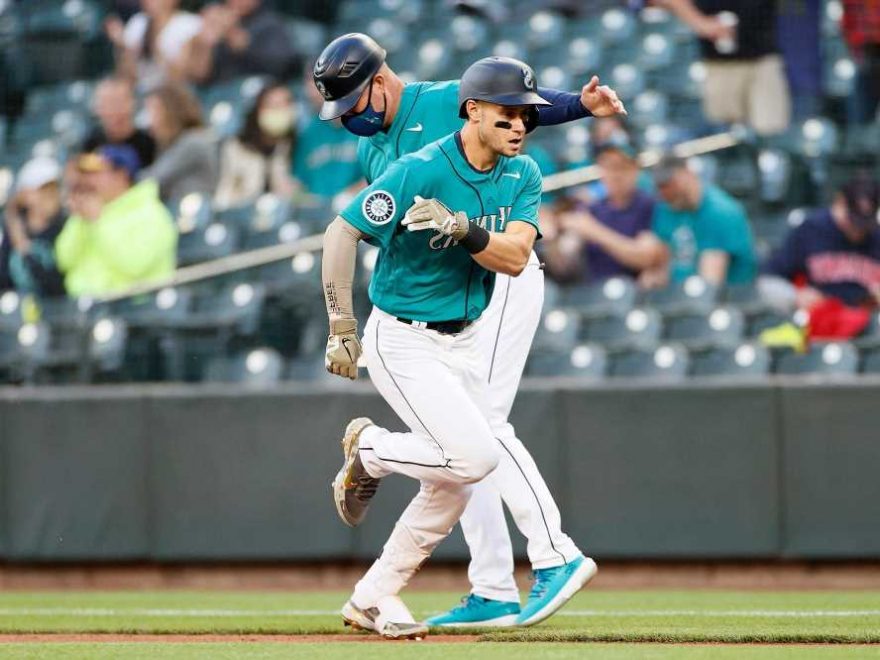 Outfielder’s return to Mets looks near after big step

It didn’t take long for Jarred Kelenic to give the Mets and their fans something to make them wonder what could have been.

The former Mets prospect and current Mariners outfielder’s first hit in the major leagues was a two-run homer in the third inning of Seattle’s game against the Indians on Friday night. The 21-year-old left fielder drilled a 1-0 pitch from Aaron Civale 403 feet and into the right field stands at Safeco Field to put the Mariners up 3-0.

Kelenic was sent to Seattle by former Mets general manager Brodie Van Wagenen in a highly criticized trade that brought Robinson Cano and closer Edwin Diaz to Citi Field in 2019.

Cano is suspended for the 2021 season after testing positive for performance enhancing drugs. Diaz’s career with the Mets have been a roller coaster. He is currently 1-1 with a 3.14 ERA and is perfect in five save opportunities.

Kelenic, one of the top prospects in the sport, did have a rough go of it in his first big league game on Thursday, when he went 0-for-4. A first-hit home run is certainly a great way to rebound.