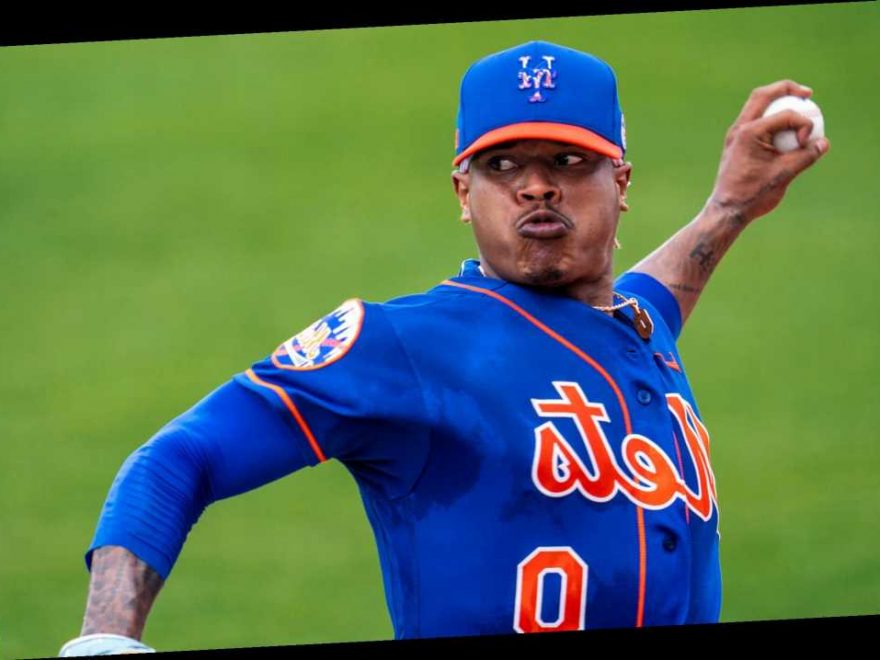 Yoenis Cespedes showcase leaves teams as tempted as ever

PORT ST. LUCIE — Marcus Stroman had the low-stress route available Tuesday to ease into spring training but decided he wanted the larger challenge.

With the one-year anniversary approaching of the last time Stroman faced another team, the veteran right-hander picked a two-inning stint against the Astros in the Grapefruit League over throwing live batting practice on a back field. Over the course of his outing, he unveiled a relatively new weapon.

Displaying a split-finger changeup that Robert Gsellman helped him develop, Stroman retired all six batters he faced in the Mets’ 2-0 victory in a game shortened to seven innings. Stroman struck out two in the 30-pitch outing. He estimates he threw his new split-changeup “six or seven” times.

“I’ve never really had a changeup my entire career,” Stroman said. “Pretty much have worked with sinker/slider, so to have that weapon in my back pocket as one of my pitches, it feels really good. It’s a pitch that I learned from Gsellman when we were in Brooklyn [last summer], and it’s something I continue to hit on, and the more I throw it, the more comfortable I feel.”

Stroman hadn’t faced another team since March of last season, in the Grapefruit League. After baseball’s shutdown for the pandemic, he pitched in summer camp before sustaining a calf tear that placed him on the injured list. As he was nearing a return from the IL in August, he announced he was opting out from the season because of COVID-19 concerns. Stroman returned to the Mets by accepting the team’s qualifying offer, worth $18.9 million.

In his two innings, Stroman’s fastball was in the familiar 92-93 mph range, and his deception kept the Astros off balance.

“My [stuff] moves a lot, so I am not really concerned with velocity,” Stroman said. “I am not the prototypical pitcher who goes into a game and says, ‘I am going to throw it as hard as I can at the top of the box.’ That’s very far from me. Velocity is something that will never dictate if I am good or not. My stuff is nasty, and I am going to go out there and deal all year.”

For Stroman, it was also a chance to start meshing with James McCann, the team’s new starting catcher. Among McCann’s tasks will be acclimating to Stroman’s various deliveries, which include a delay in which his left leg hangs in the air.

“I think that is part of who he is,” McCann said. “His whole purpose is to try to disrupt the timing of the hitter, and he’s pretty intelligent the times he does use it. I am ready for whatever he is going to bring at me.”

With 1,400 fans in the ballpark for the Mets’ Grapefruit League home opener, he got a small taste of what it might sound like this summer when he’s successful.

“It’s a blessing, just to go out there and see fans and talk and interact with fans, you can hear them cheer and kind of be in the moment,” Stroman said. “It has that buzz, obviously not similar to a full stadium, but just to have that buzz back it kind of feels like baseball again, so I have my dad out here, my chef, my trainer, so it felt really good to get back out here and have my people here.”

But Stroman reminded himself it was only his first start of spring training.

“I kind of told myself to dial it back and pitch at 70 to 75 percent, so it would move properly,” he said. “It’s spring training, it’s the first start. This is truly a time, I am not a rookie, I have nothing to prove at this point, so this is truly a time to develop and make sure your body is good, your mind is good.”