THIS could be the week that football’s pied piper takes his current club and his many admirers into the promised land.

Argentine coach Marcelo Bielsa is a reference point for many. This is not because of the titles he has won – Bielsa is the first to admit that there have not been many. 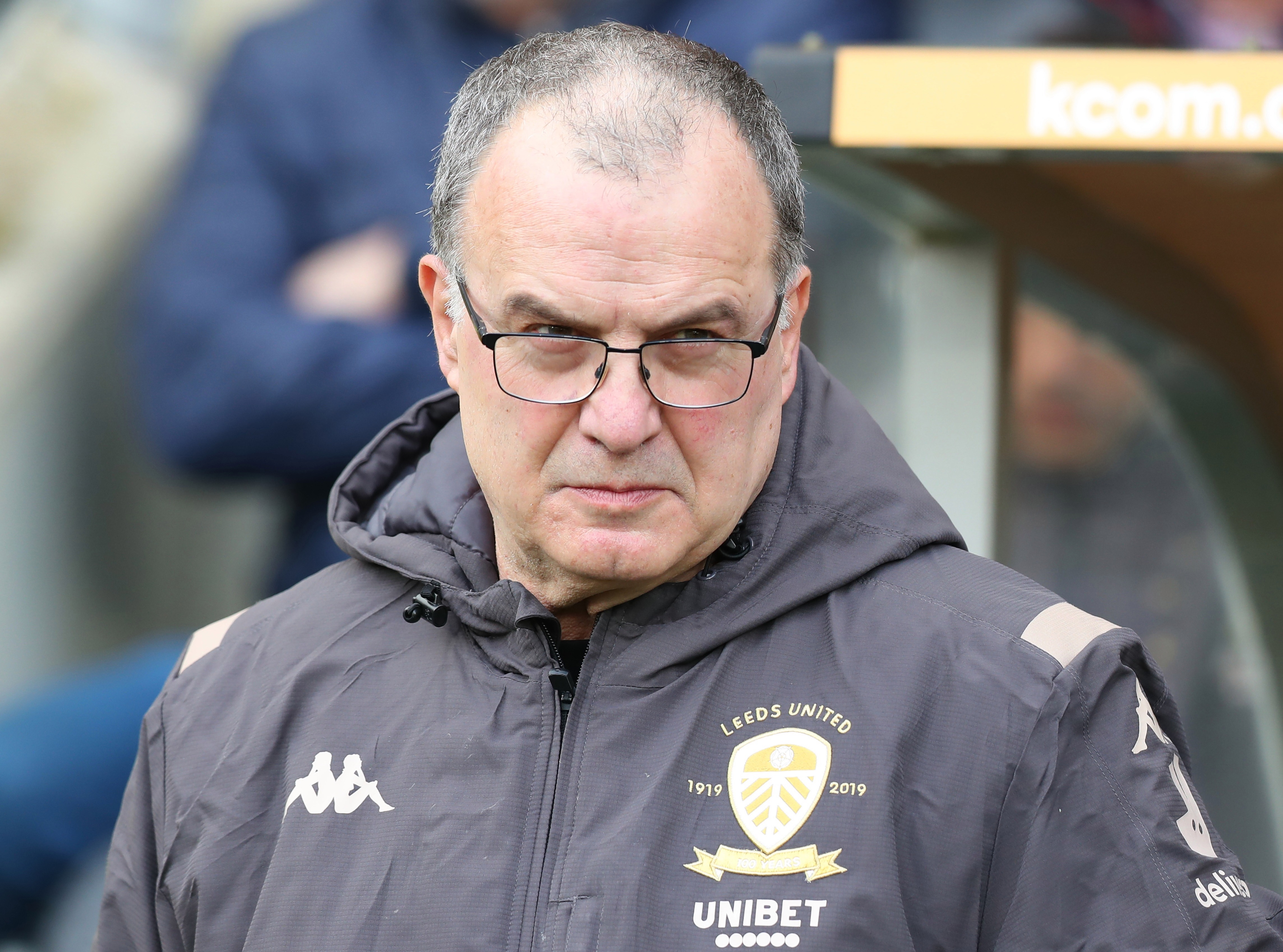 But the way he goes about his business has an inspirational effect on others. A self-confessed obsessive for attack, he urges his teams forward, looking to take a stranglehold on the game.

When it works it is exhilarating – and he has certainly captured the imagination of the players and fans of Leeds United.

After last year’s narrow failure, Leeds are just four points away from making sure of a long awaited return to the Premier League.

Their place could even be booked in midweek; if Brentford lose to Preston on Wednesday, then a Leeds win at home to Barnsley a day later will ensure the club of a place in the top flight.

As always with Bielsa, it is not just about what his team have done – it is the way he has done it.

Part coach, part teacher, part missionary, he carries the club on the strength of his convictions.

Almost sixty years ago, Don Revie revolutionised Leeds by changing their strip to all white, in honour of the great Real Madrid side.

Now Bielsa has brought a different kind of inspiration – a commitment to an exciting, aggressive style of play.

This approach, of course, comes with its risks. It is worth noting that his league titles back in Argentina came when the country played a short season, with the 20 teams playing each other just once. 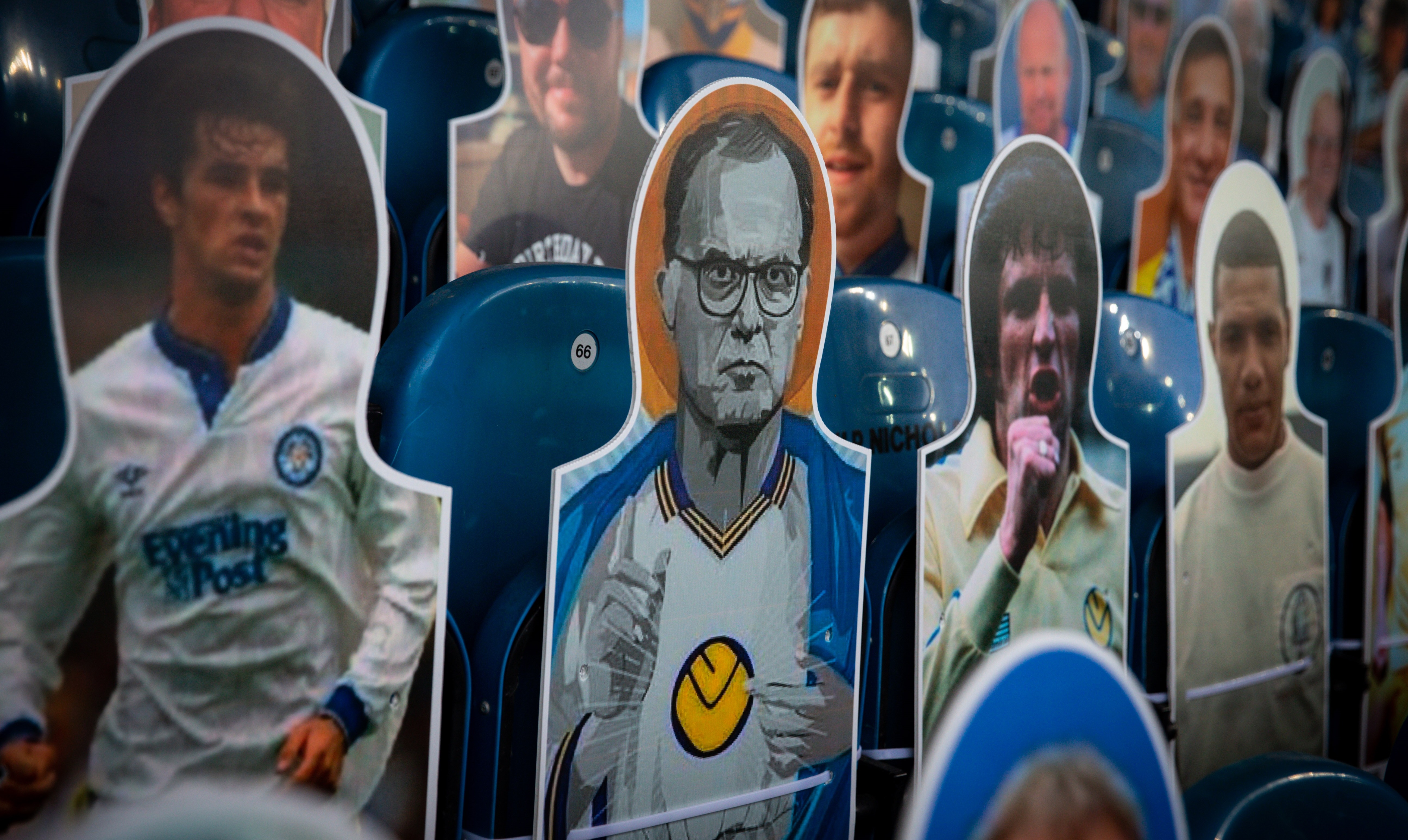 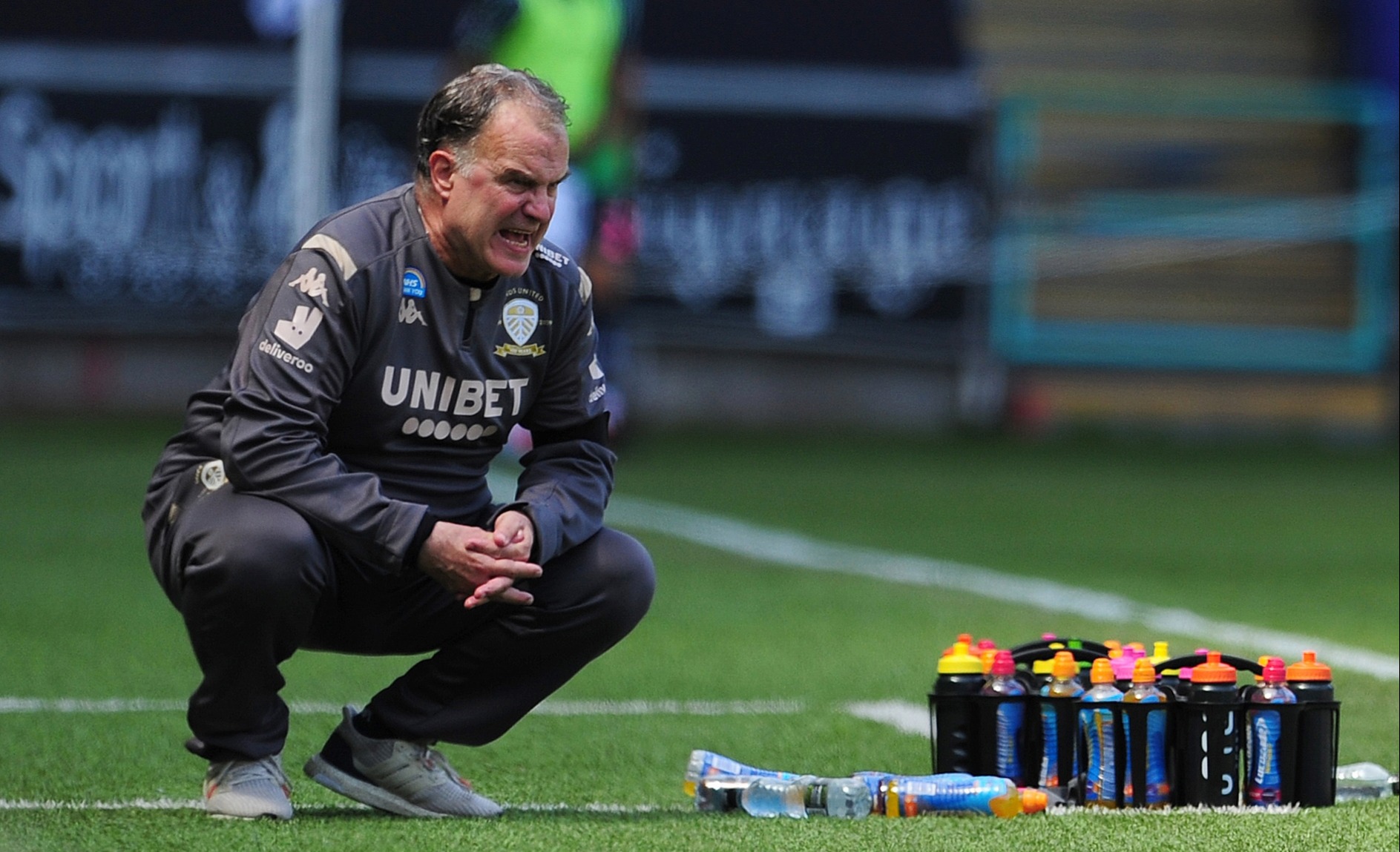 Doubts clearly exist about his capacity to keep the momentum going throughout the course of a longer campaign.

His previous European adventures, with Athletic Bilbao and Marseilles, began wonderfully well only to run out of steam.

Bielsa’s style requires his players to show gut busting stamina. It has often been suggested that over a long season he exhausts his players mentally and physically.

The coronavirus pause could well have done Leeds a favour. Last year they blew up. This time, with three months to recharge their batteries, they have taken 13 points from the last five matches.

Marcelo Bielsa’s Leeds should be a real asset to next season’s Premier League. And it should be absolutely fascinating to see them in action against stronger opponents.

Bielsa is unlikely to change his approach. He never has before.

And there are obvious risks in seeking to squeeze the game into the opponent’s half of the field – a lot of space is being left behind. The team can be very vulnerable to the counter attack.

One of the most impressive pieces of work in Bielsa’s career came with the Chilean national team.

Then-youngsters such as Alexis Sanchez and Arturo Vidal were receptive to his ideas. 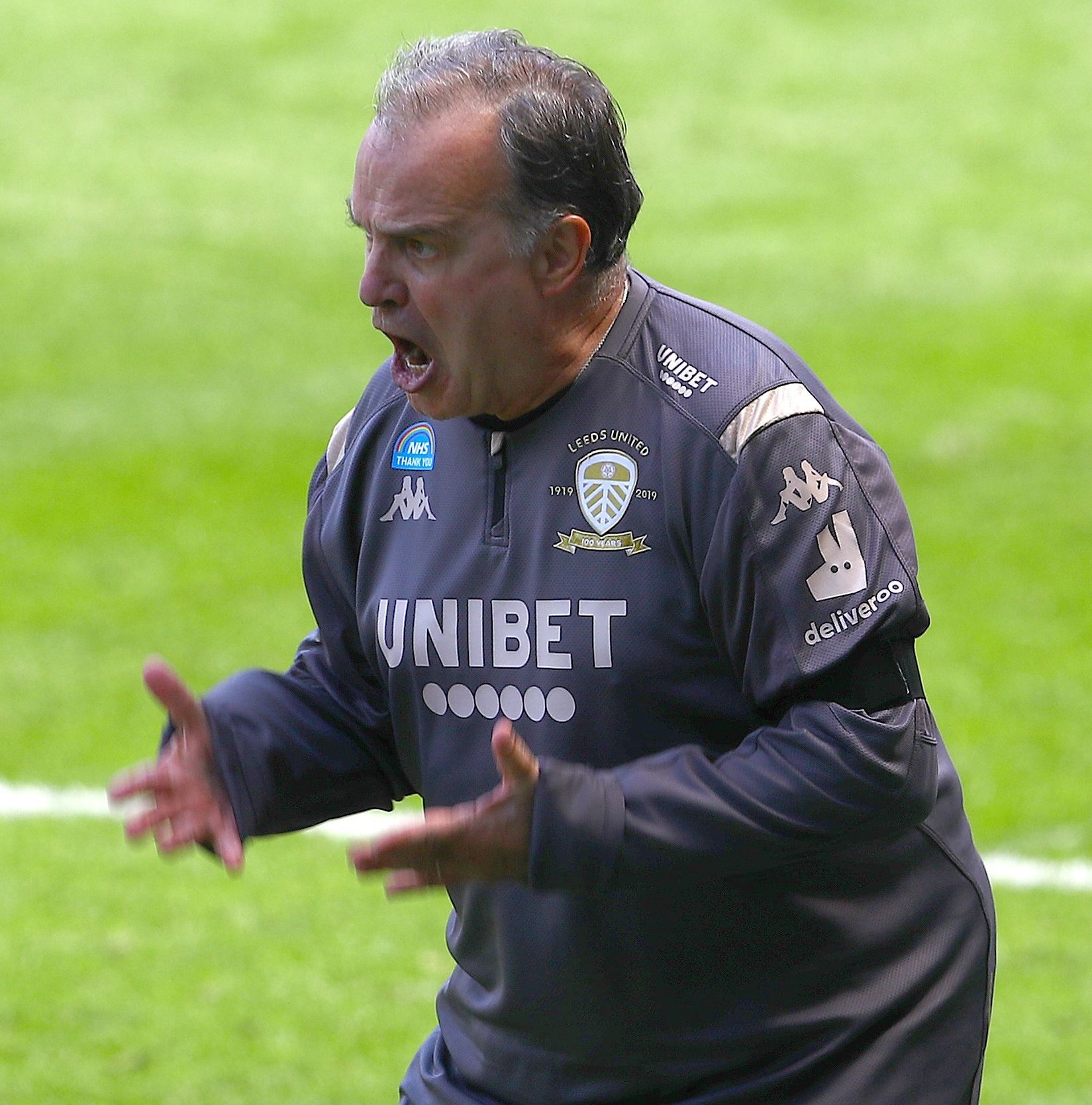 Chile embraced his philosophy and became one of the most entertaining sides in the global game. But his matches against Brazil are worth a reflection.

HE STICKS TO HIS GUNS

Then under coach Dunga, with Kaka in his prime, the Brazil side were physically strong and devastating on the counter attack.

They were, then, an especially risky opponent for Chile. In qualification for the 2010 World Cup, Bielsa’s Chile went down 3-0 at home to Brazil and lost 4-2 away.

And come South Africa they met again. Brazil ended Chile’s campaign in the second round with a comprehensive 3-0 triumph.

Bielsa’s side had lost three times to the same opponent – and had gone down the same way every time. The coach did not adapt his gameplan – and paid the price. 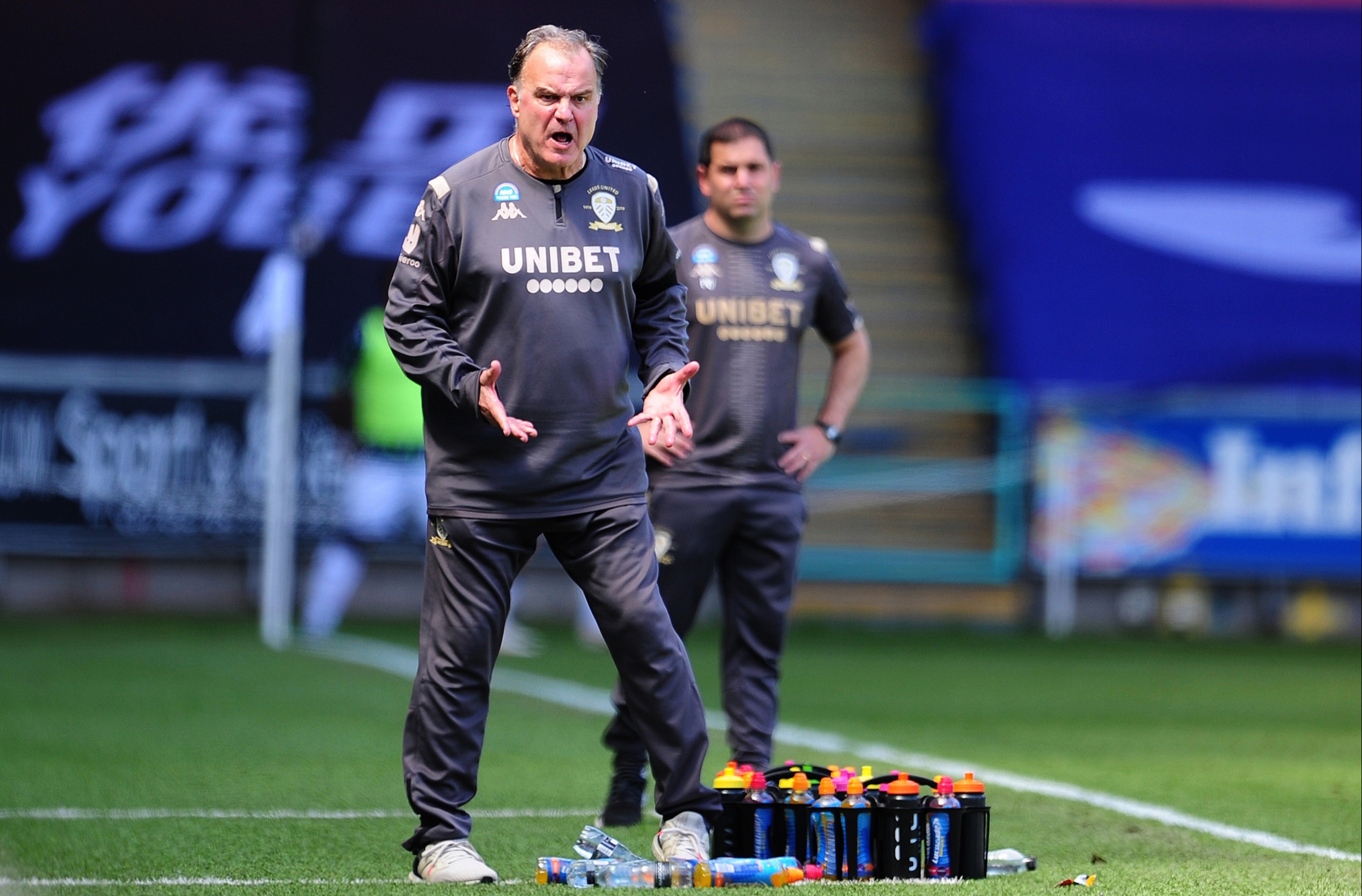 With Bilbao and Marseilles, Bielsa was in charge of established top flight teams. Assuming they get over the line, Leeds will be back in the Premier League after a 16-year absence.

The extra quality of the opposition could come as a shock. There may be one or two heavy defeats along the way.

But Leeds will hope to pick up enough wins to avoid worry – and after the thrills of the last two seasons, the clubs fans will surely be prepared to follow their pied piper into the Premier League.