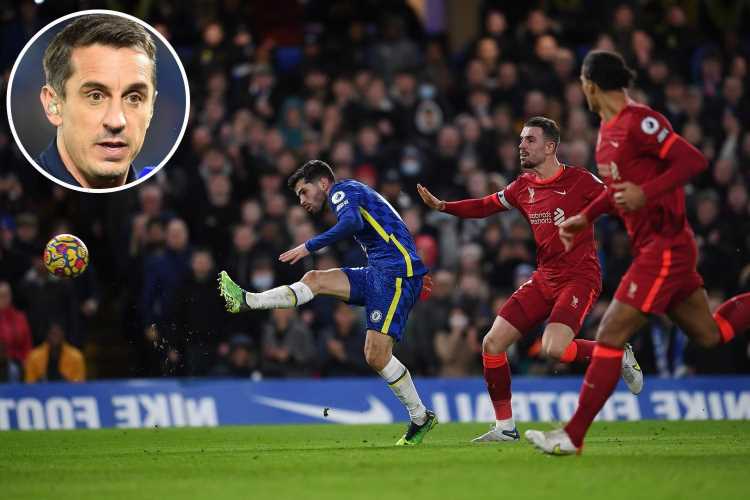 GARY NEVILLE was brutally trolled by fans for his 'squealing' late in the first-half of Chelsea's instant classic against Liverpool.

The Reds took a 2-0 lead early in the game at Stamford Bridge through Sadio Mane and Mohamed Salah. 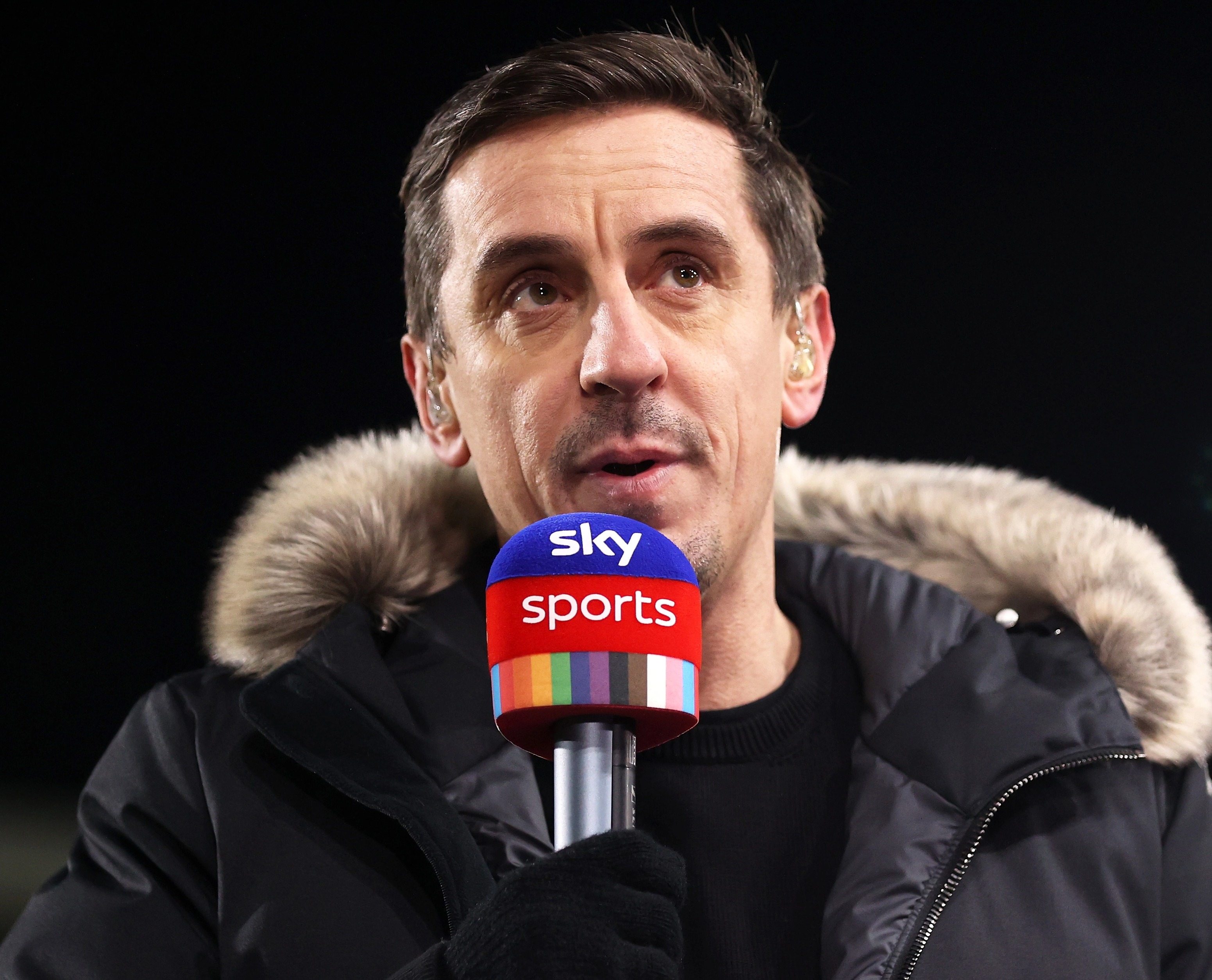 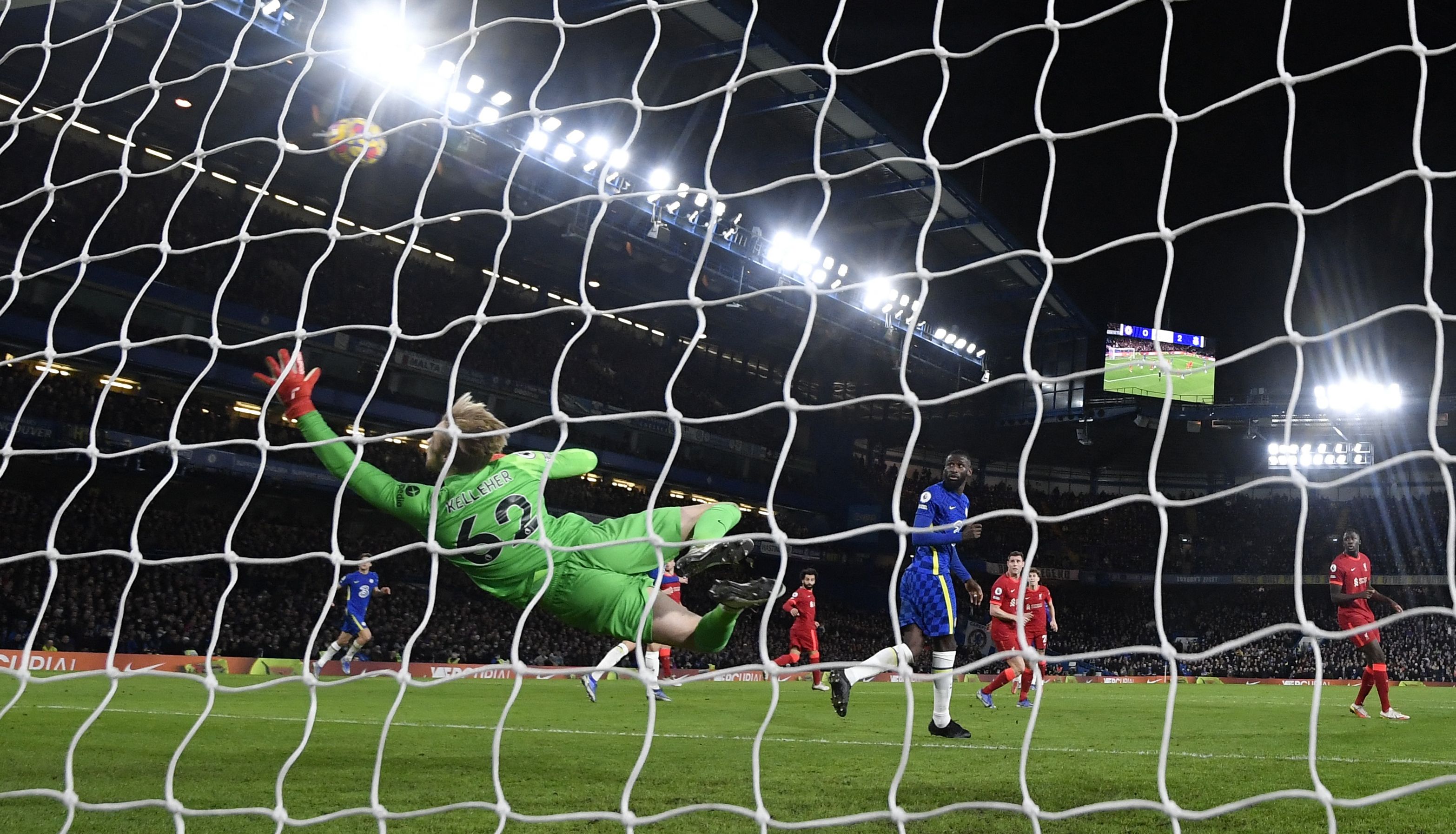 But as Liverpool threatened to run riot, Chelsea scored twice on the brink of half-time.

Mateo Kovacic scored an audacious volley before Christian Pulisic incredibly levelled in a breathless first half.

And Sky Sports commentator Neville caught the eye – and ears – of fans for his hilarious reactions, particularly after Mason Mount blew a chance to score from eight yards out for the Blues.

The Manchester United legend famously 'goalgasmed' after Fernando Torres' last-gasp goal for Chelsea in the Champions League semi-final against Barcelona.

And he was at it again at Stamford Bridge in a thrilling few minutes in West London.

However, not all fans were keen on the noises coming from Neville.

One tweeted: "Just imagine Jurgen watching this at home having to deal with Gary Neville commentating. Gotta be painful."

Another wrote: "I would appreciate if Gary Neville stopped squealing every time Chelsea have a chance."

A third added: "Pretty sure Gary Neville had to change at half time…"

Earlier in the game, Sadio Mane was booked after just TEN SECONDS for an elbow on Cesar Azpilicueta.

Blues fans were furious the Senegal international did not see red – and even more livid when he scored the game's opener in the ninth minute.

Ex-Chelsea star Mohamed Salah made it 2-0 shortly after before Kovacic and Pulisic got the hosts on level terms in a gripping opening 45 minutes.