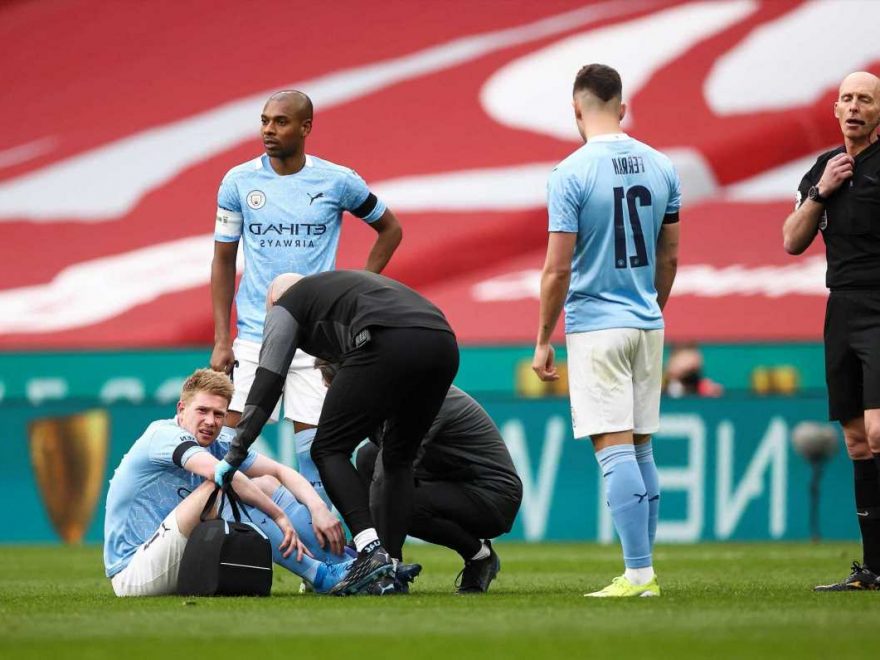 Playmaker KDB was replaced by Phil Foden early in the second half against Chelsea after twisting awkwardly on his ankle. 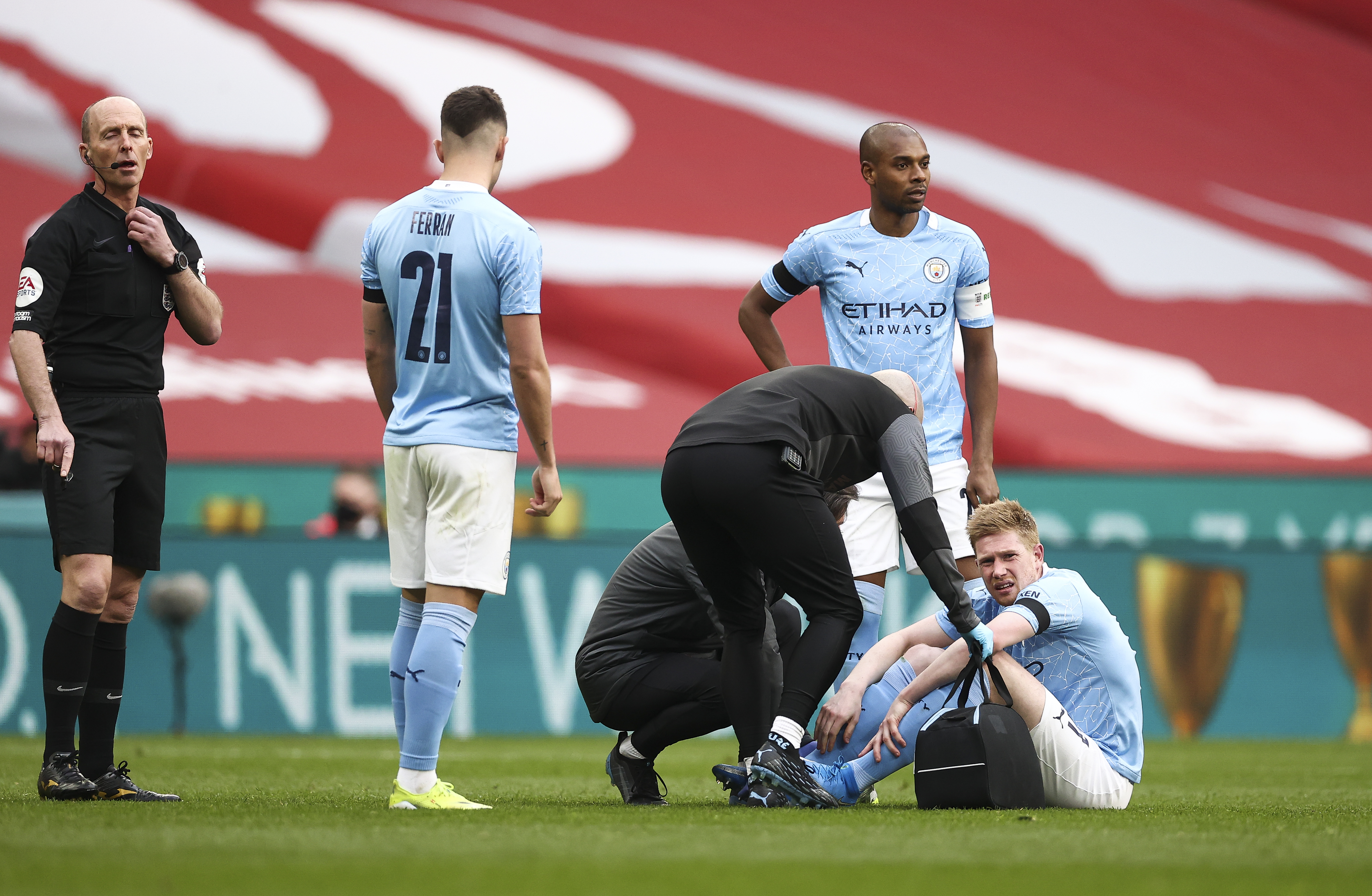 De Bruyne was being harried by Chelsea midfield workhorse N'Golo Kante by the touchline when he suddenly hobbled away.

Yet there seemed no contact between the two players.

KDB looked in discomfort as he went off- eight days before Guardiola's men are back at Wembley to face Tottenham.

Timo Werner burst clear down the left to slot the ball across for Hakim Ziyech to flash home.

KDB and Co had struggled to break Chelsea down.

And the Belgium superstar's replacement Foden was soon pushed forward from midfield – after Ilkay Gundogan came on for winger Ferran Torres.