The centre-back has announced he is bringing down the curtain on his illustrious 11-year spell at the Etihad – a day after securing the historic domestic Treble. 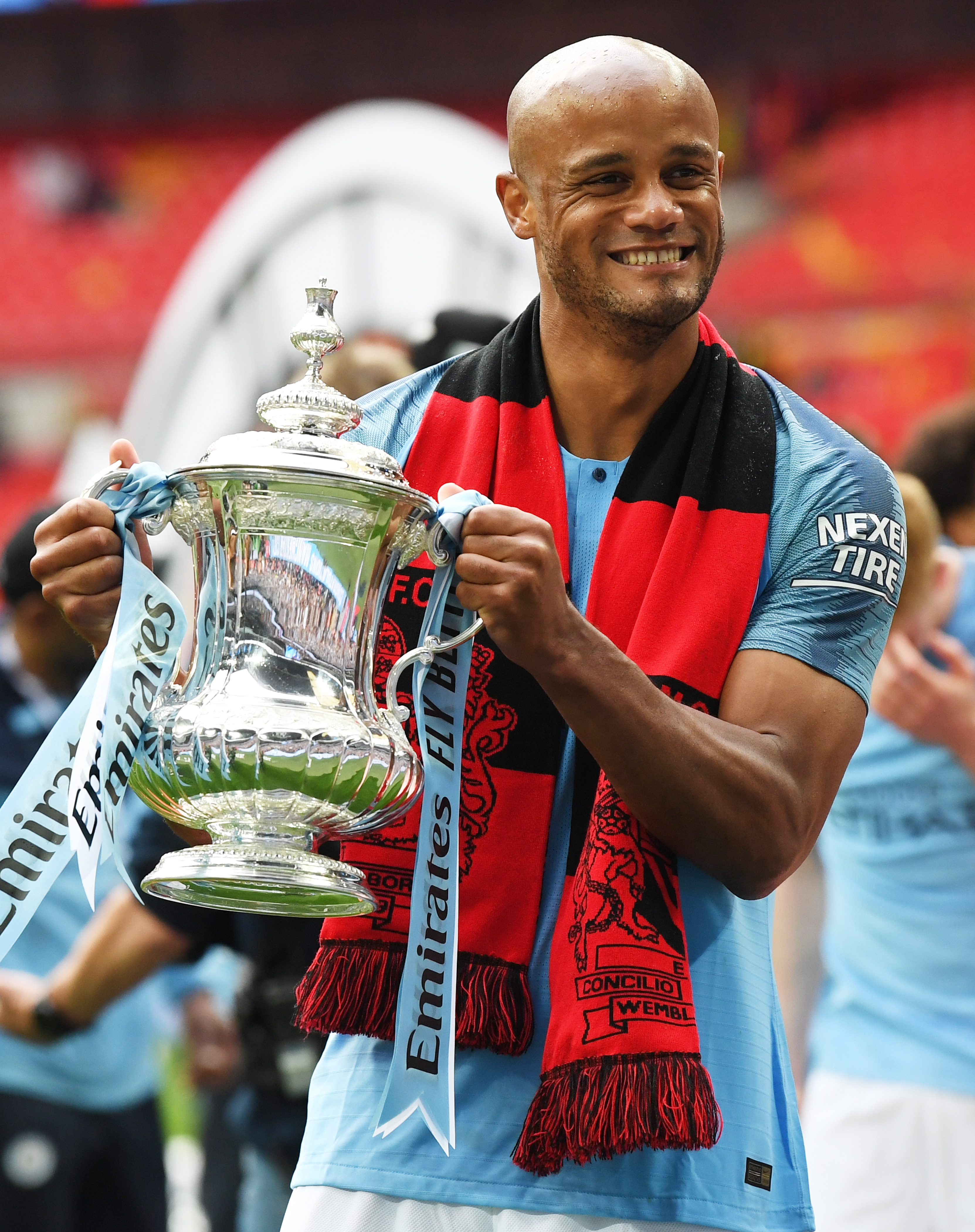 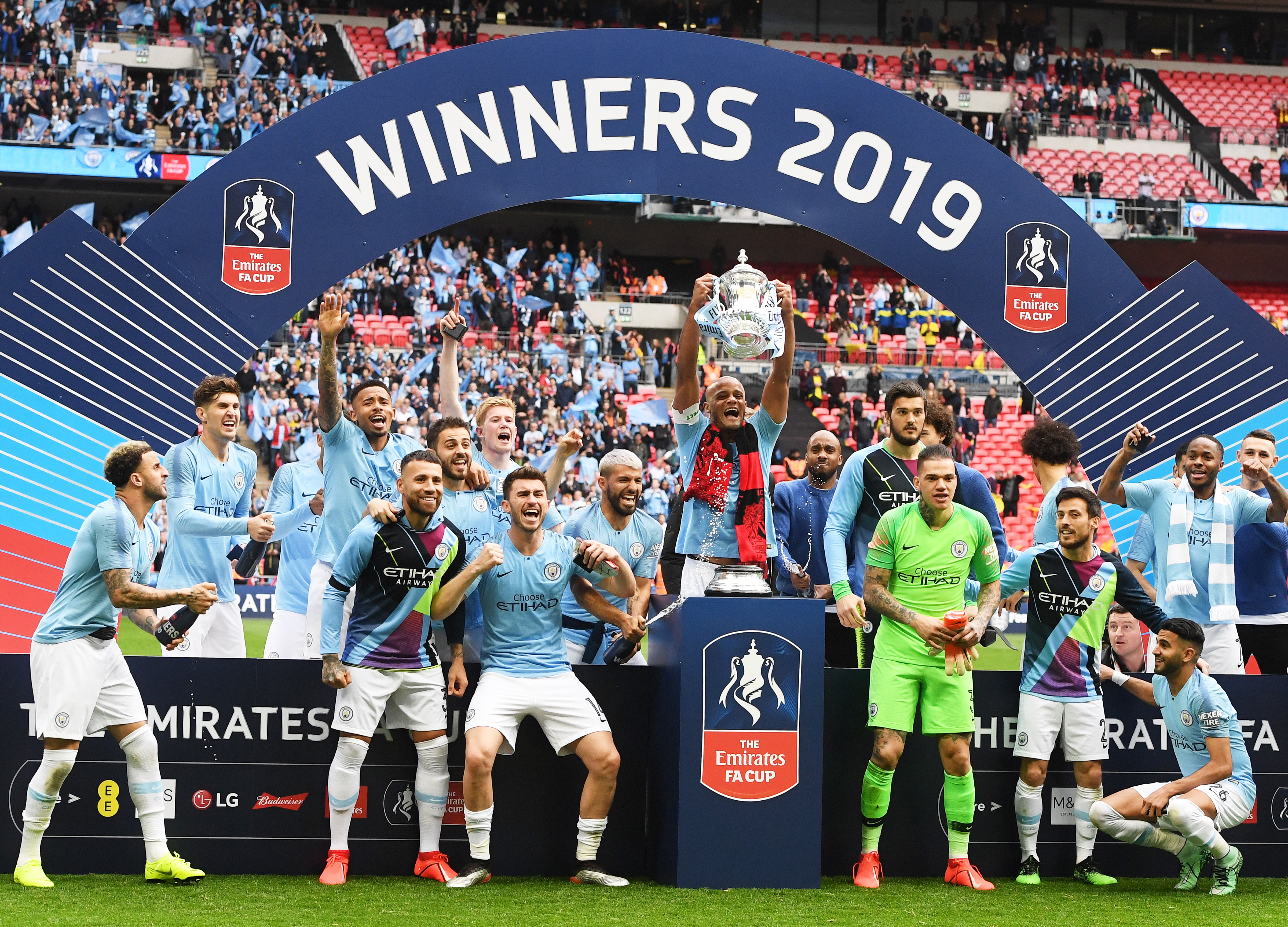 He played in 360 games for the club, scoring 20 goals – his last being a thunderous game-winner against Leicester in a crucial match for this year's title race.

But the Belgian's last four seasons were marred by various injuries, seriously reducing his impact on the team.

The centre-back is yet to reveal plans for his future.

But City have announced Kompany's testimonial match will be played in September.

In an open letter to the fans, the club icon wrote: "We’ve just seen the close of an incredible season. My 11th as a Blue.

"And I cannot believe I’m writing this but … also my last as a Blue.

"The time has come for me to go now. As overwhelming as it is, I feel nothing but gratefulness.

"Sheikh Mansour changed my life and that of all the City fans around the world, for that I am forever grateful.

"It’s cliché to say it but it’s also so true: without my teammates I would have never been here today.

"A special word also to Pep and the backroom staff: you’ve been superb.

Meanwhile, City chairman Khaldoon Al Mubarak said: "There have been many important contributors to Manchester City’s renaissance, but arguably none are more important than Vincent Kompany.

"He defines the essence of the club. For a decade he has been the lifeblood, the soul, and beating heart of a supremely talented squad.

"A booming voice in the dressing room yet a quiet and measured ambassador off it, Vincent can be as proud of himself as we are of him.

"His leadership, intelligence and determination have seen him adapt brilliantly to playing under four different managers and overcome some debilitating injuries.

"He is a special character who has answered every demand the club has made of him."

Back 2 back League Cup Winners!

Back 2 back Champions of England!

We’ve just seen the close of an incredible season.

And I cannot believe I’m writing this but … also my last as a Blue.

Countless of times have I imagined this day, after all, the end has felt nearby for so many years.

Man City has given me everything.

I’ve tried to give back as much as I possibly could.

How often does someone get the chance to end such an important chapter, representing a club with such great history and tradition, in such a great fashion?

The time has come for me to go now.

As overwhelming as it is, I feel nothing but gratefulness.

I am grateful to all those who supported me on a special journey, at a very special club.

I remember the first day, as clear as I see the last.

I remember the boundless kindness I received from the people of Manchester.

I will never forget how all Man City supporters remained loyal to me in good times and especially bad times. Against the odds you have always backed me and inspired me to never give up.

Sheikh Mansour changed my life and that of all the City fans around the world, for that I am forever grateful.

A blue nation has arisen and challenged the established order of things, I find that awesome.

I cherish the counsel and leadership of a good human being, Khaldoon Al Mubarak. Man City could not be in better hands.

It’s cliché to say it but it’s also so true: without my teammates I would have never been here today.

We fought many battles together. Side by side. In good times and in bad. So to all of you, from the 2008-2009 squad to today’s domestic Treble winners: I owe you guys!

A special word also to Pep and the backroom staff: you’ve been superb. You’ve followed me through so much hardship. You made me come back stronger every time. Thank you so much.

I also want to use this platform to express the love that I have for my nearest and dearest.

It knows no boundaries. Carla, Sienna, Sire and Kai, the one and only quadruple that matters.

My dad (Pierre), Christel and François, my true Invincibles.

I live with only one regret. I would have loved to take my mother, Jocelyne, to the Etihad, seeing her chant the City songs sat next to my children and wife.

I would have wanted her to see me happy, playing the game that I love at a club that I love.

Deep down, I know she’s been with us through all this time.

Part 2 of this open letter, about my future, will follow shortly …