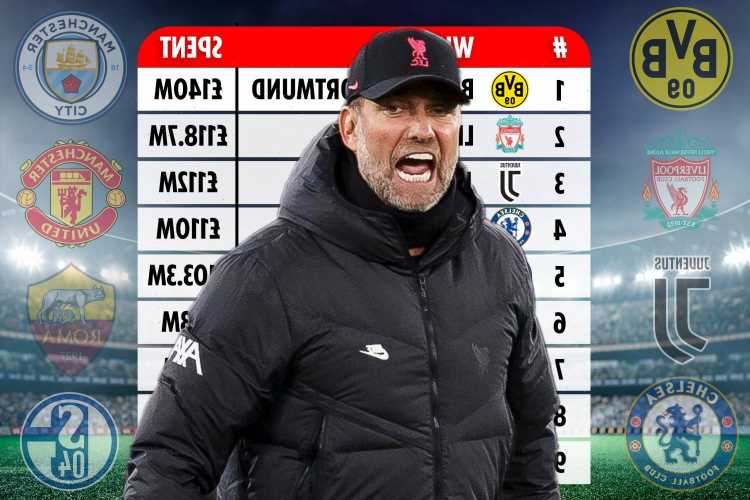 LIVERPOOL are often hailed for their savvy spending in the transfer market.

However, the Reds lead the way for Premier League clubs with the most money spent on agent fees between 2017 and 2020. 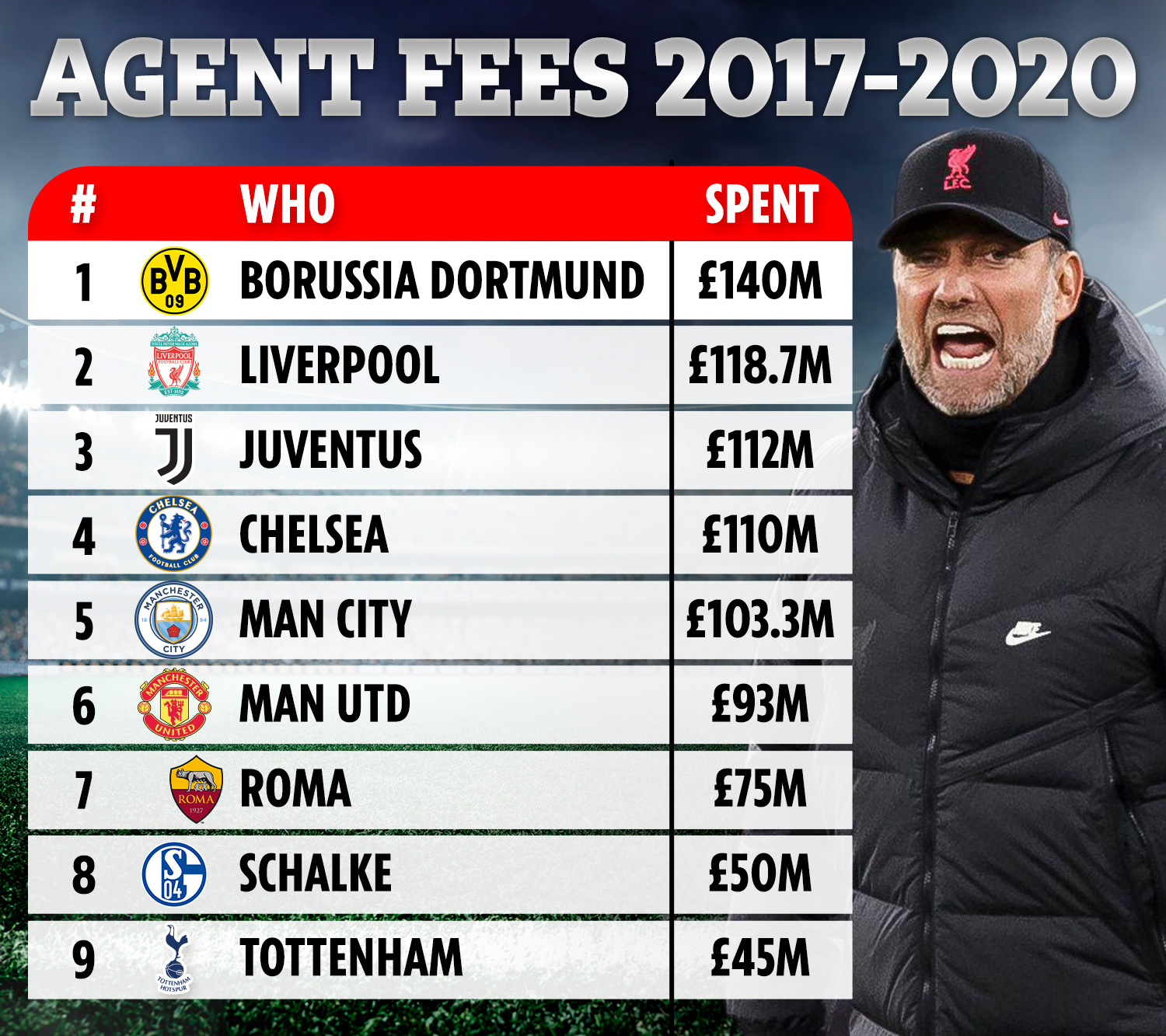 But according to Off The Pitch, Liverpool were hit in the pocket paying for intermediaries.

It’s said the Reds spent a whopping £118.7million on agent fees over the last several years.

The fee is over £8m more than the £110m splashed by closest English competitor Chelsea, who saw their spending pay off with a second Champions League title last season.

However, the biggest spenders in Europe by a mile were Borussia Dortmund, who forked over £140m as they secured deals for the likes of Erling Haaland – represented by Mino Raiola.

Interestingly, Roma also made the list as they paid £75m as they failed to win a single piece of silverware.

The same goes for Spurs, who paid £45m over a barren period which saw them lose to Liverpool in the Champions League final.

But the most bizarre amount belonged to Schalke, who coughed up £50m only to suffer a humiliating relegation from the Bundesliga last term.