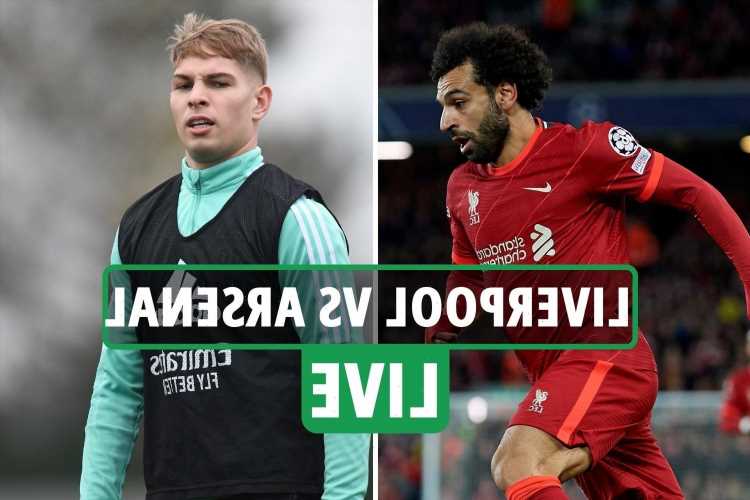 ARSENAL travel to Liverpool in nothing short of a massive Premier League clash this evening.

The Gunners head into the tie in stunning form, unbeaten in their last eight games. However they have failed to win at Anfield in the league since 2012. 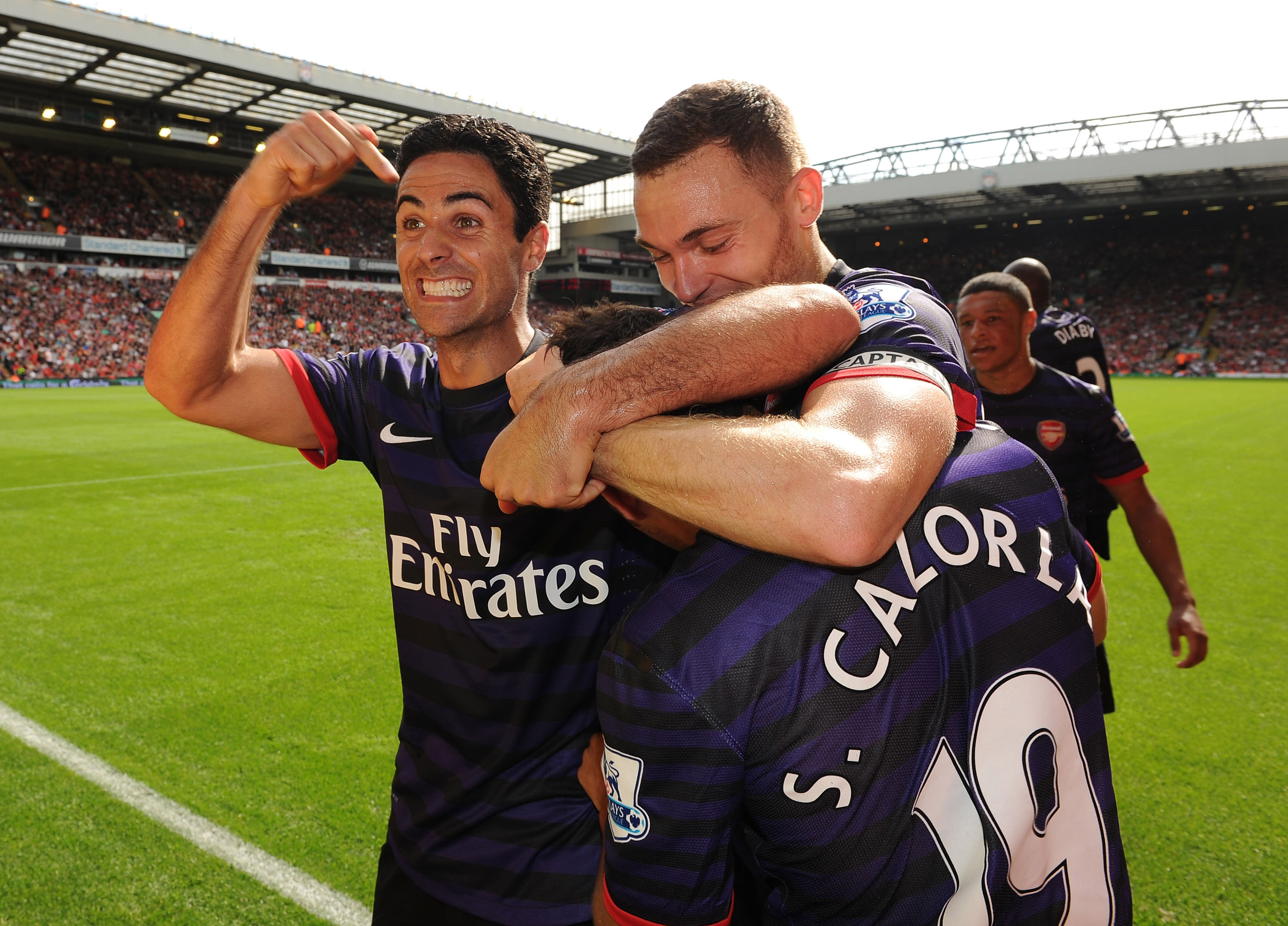 It was nine years ago in September 2012, when Arsene Wenger's Arsenal defeated Liverpool 2-0 with goals from Lukas Podolski and Santi Cazorla…and current manager Mikel Arteta started in midfield!

Liverpool, meanwhile, are licking their wounds after suffering their first league defeat of the season before the international break, losing 3-2 at West Ham.

When is Liverpool vs Arsenal?

What TV channel and live stream isLiverpool vs Arsenal on?

Arsenal vs Liverpool will be broadcast live on Sky Sports Main Event and Premier League.

Sky being their coverage at 5pm.

What is the Liverpool vs Arsenal team news?

Jurgen Klopp has a few injury problems to contend with ahead of his side's clash with Arsenal this weekend.

Andy Robertson was forced off with an injury in Scotland's win over Denmark during the international break and is a major doubt for the game.

Sadio Mane and Jordan Henderson also have knocks from the international break, with Roberto Firmino out with a hamstring injury.

Arsenal will be without Granit Xhaka and Sead Kolasinac.

It's expected Arteta will continue with Emile Smith Rowe in midfield, despite his busy week with England. 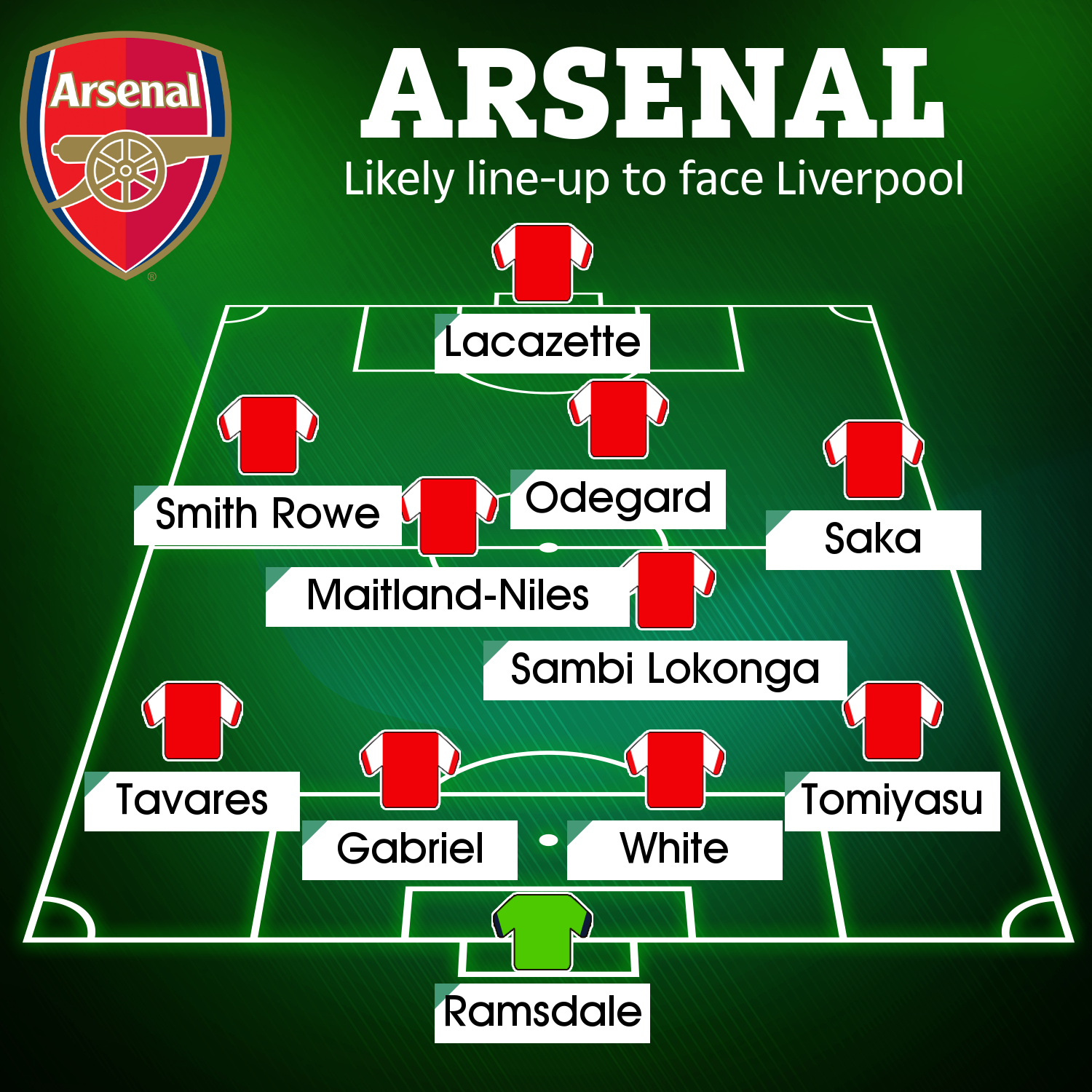