LIVERPOOL earned more more prize money than any other team in the Premier League last season after pocketing an incredible £152million.

Title winners Manchester City finished second in the standings, while Huddersfield head to Championship after raking in just £96.6million. 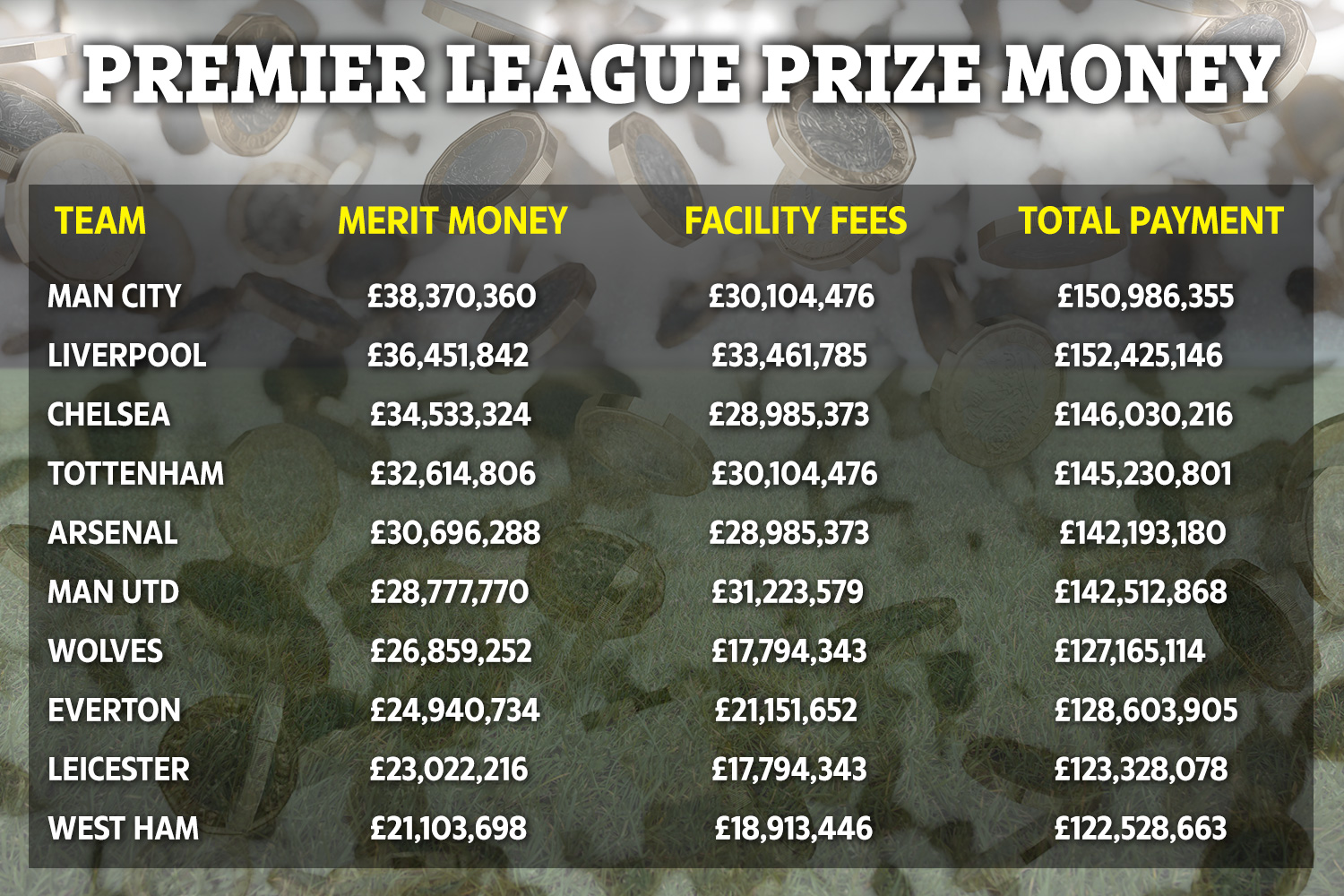 Jurgen Klopp's side topped the table after having more matches televised than any other team in the top flight.

Liverpool had 29 games shown on television – which is more than three times as many as Huddersfield, Southampton and Bournemouth.

Chelsea came in at third with £146m – closely followed by fourth-placed Tottenham with £145m.

Arsenal and Manchester United both ended the season with £142m, but Everton received more than Wolves despite finishing below them.

Teams will also receive £1,119,103 for each game that is showed on television after the first ten.

A Premier League club will also pocket £1,918,518 per place in the table – which would put City at the top of the pile.

In terms of "value for money", Manchester United finished bottom of the pile while Cardiff City topped the charts.

It was also revealed that some clubs in the top flight splashed out over a quarter-of-a-billion pounds to agents over the last year. 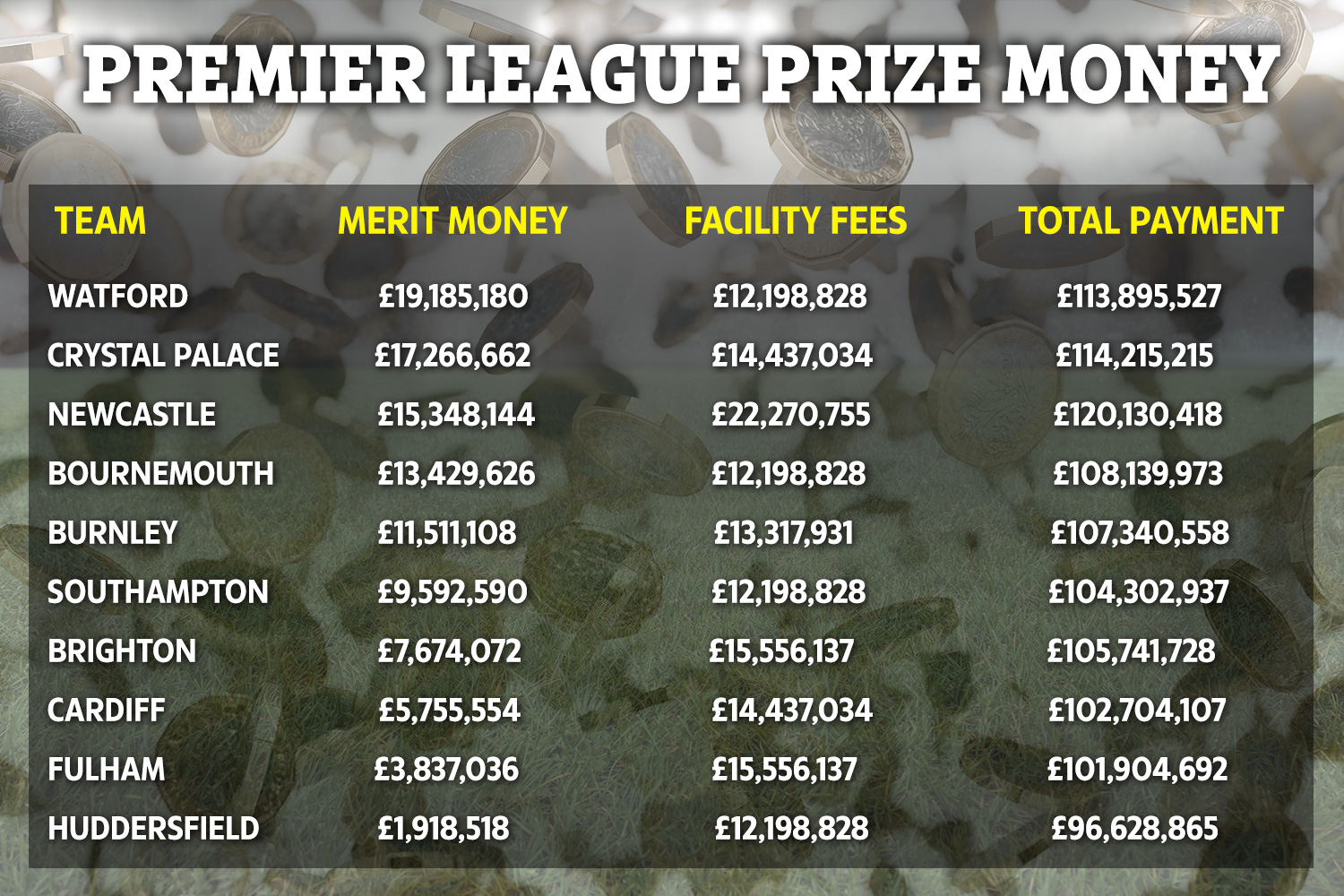