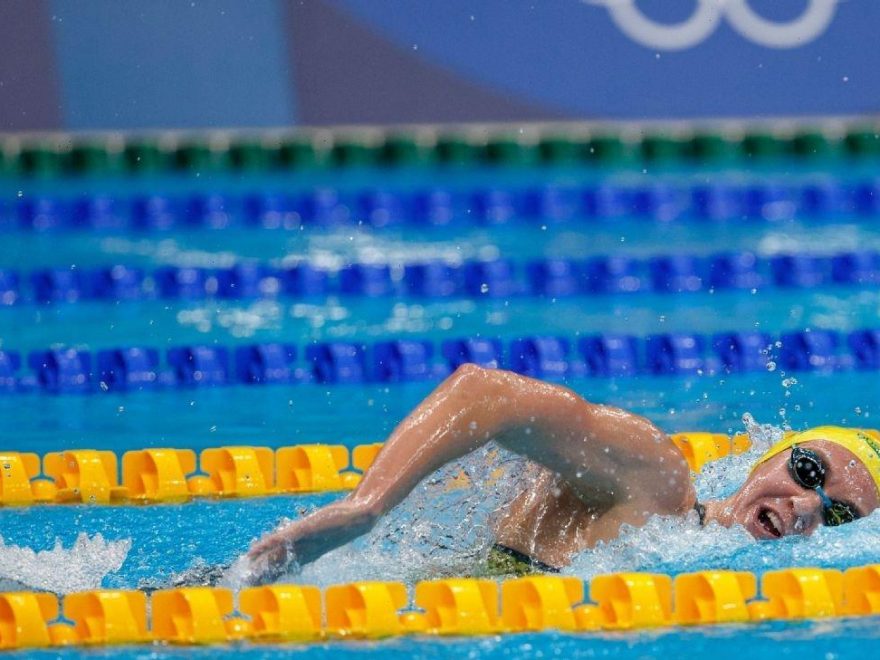 Women’s skateboarding will award its first ever Olympic gold. U.S. softball will play against Japan in a preview of what’s to come in the gold-medal game later this week. And in the early morning Eastern time on Monday, the U.S. men’s gymnastics team will attempt an upset of its own: After a fourth-place finish in qualifications, the Americans will aim for the podium in team finals.

We’ve got you covered with all the action:

The highly anticipated showdown between Australia’s Ariarne Titmus and five-time Olympic gold medalist Katie Ledecky ended in the slimmest of margins. Ledecky swam her second-fastest time of her career, 3:57.36 — behind only the world and Olympic record she set at the Rio Olympics — and still lost to Titmus, who came in at 3:56.69. This is the first time Ledecky has not won gold in an Olympic individual event.

As Titmus touched the wall, her coach was thrilled — to say the least.

One former swimmer you might have heard of was impressed…

Elsewhere in the pool …

Regan Smith set an Olympic record in the women’s 100-meter backstroke during her semifinal heat.

And the crowd goes wild!

Despite failing to manage a hit for the first five innings, Team USA softball tied Japan in the sixth inning and won 2-1 in the seventh, thanks to a walk-off home run off Kelsey Stewart’s bat. The same two teams, which were undefeated headed into Sunday’s game, will meet in the gold-medal game scheduled for Tuesday evening Tokyo time. Cue: pandemonium.