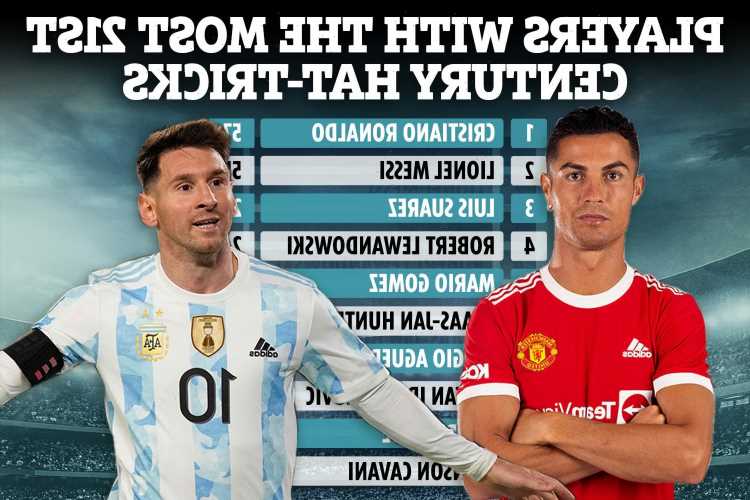 LIONEL MESSI is now just two hat-tricks behind Cristiano Ronaldo in the list of top treble scorers in the 21st century.

The Argentina superstar bagged three in his country's 3-0 win over Bolivia on Friday and now has 55 career hat-tricks to Ronaldo's 57. 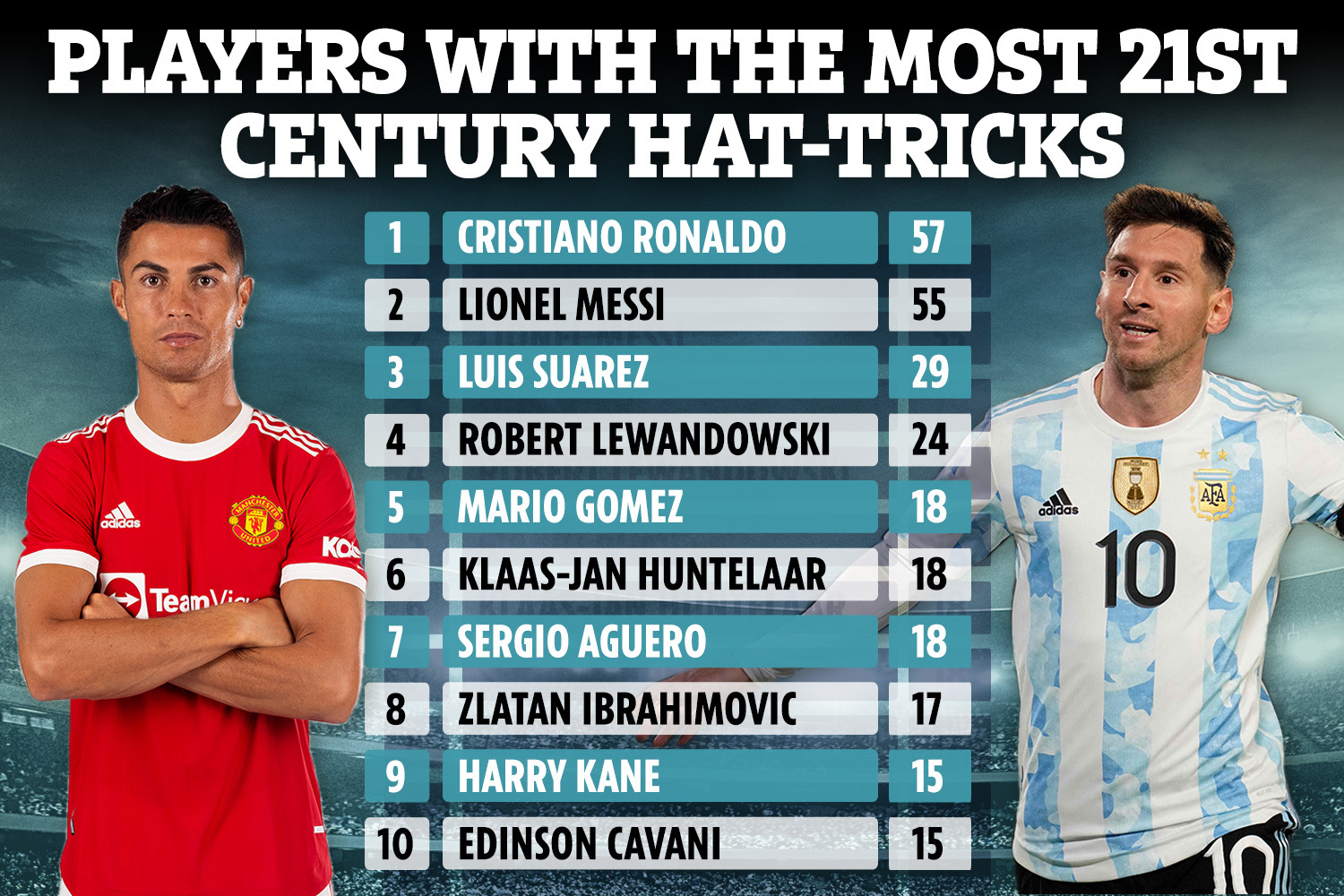 Messi opened the scoring with an absolute stunner.

The 34-year-old received the ball with his back to goal, around 30 yards from the target.

He turned quickly and confidently slotted it through the legs of a helpless defender who was rushing out to tackle the six-time Ballon d'Or winner.

Messi then danced beyond his victim, shifted the ball on to his stronger left foot and curled it beyond the Bolivian goalkeeper.

It was a stunning piece of wizardry from the forward, reminding everyone why he's still one of the best on the planet.

He went on to score two more as the Argentines moved to second in the South American qualification table.

But with his old rival set to make his second Man Utd debut this weekend against Newcastle, the competition between them is far from over.

However, while the two are set to battle it out, the gulf between them and the rest proves they are two of the greatest players of all time.

Messi's old Barcelona team-mate Luis Suarez is third on the list with 29.

Bayern Munich's goal machine Robert Lewandowski is next on 24 – six ahead of another Bayern old boy Mario Gomez.

Klaas-Jan Huntelaar is a surprise entry at six – level on 18 with Gomez.

Manchester City legend Sergio Aguero is on the same amount and will hope to add to those this season and move up the list.

Swedish legend Zlatan Ibrahimovic is one behind on 17 with Premier League strikers Harry Kane and Edinson Cavani completing the top ten with 15.

As well as edging closer to Ronnie's record, Messi also beat Pele's record for most international goals scored by a South American man.