CENGIZ UNDER scored his first Leicester City goal as Brendan Rodgers’ side comfortably sealed top spot in their group.

The on-loan Roma winger powered in a spectacular volley to open the scoring after 12 minutes. 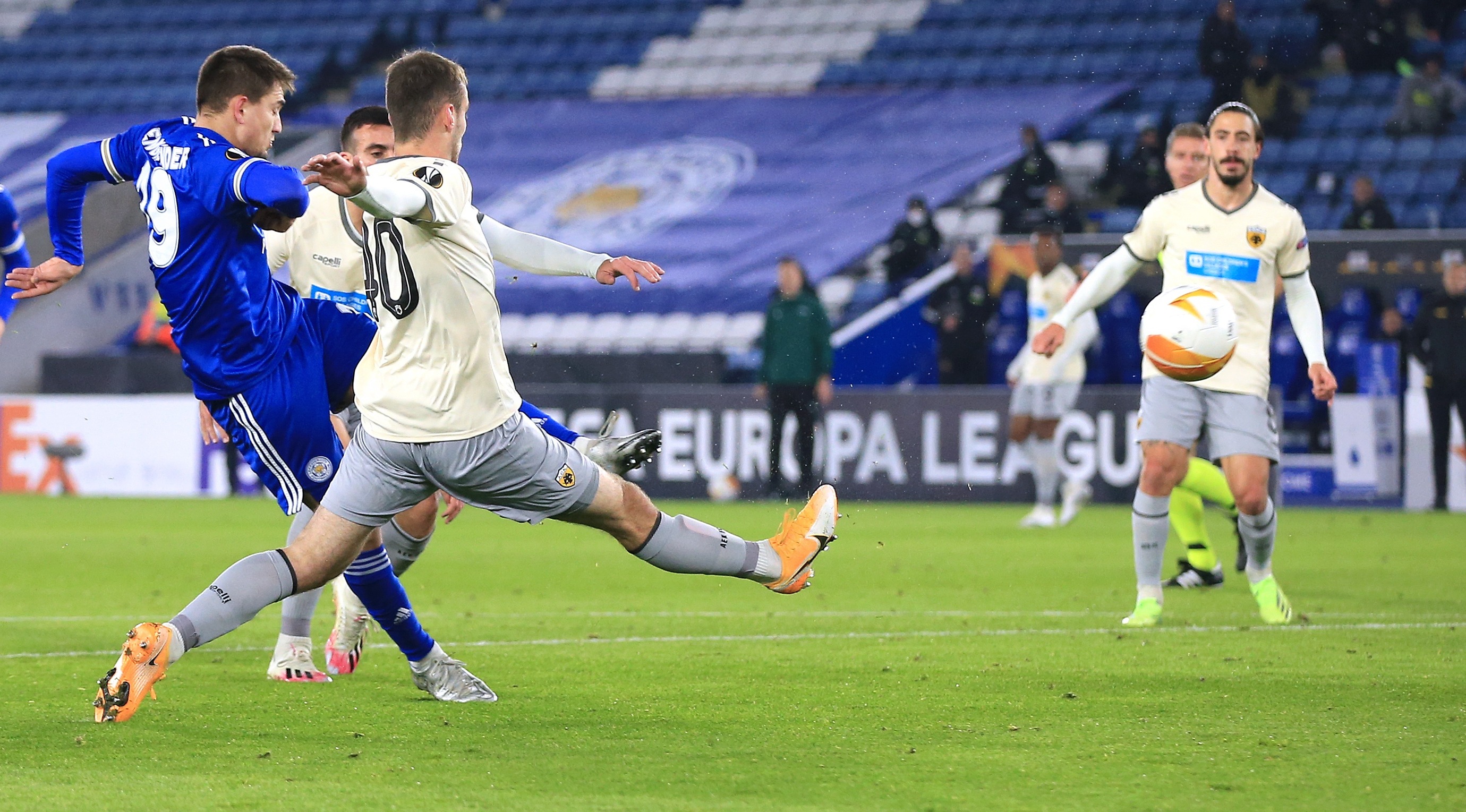 And the equally dangerous Harvey Barnes made it two goals in the space of three minutes to all but wrap the game up by the quarter hour mark.

It means dominant Leicester stayed top of Group G ahead of Sporting Braga and stand the chance of a favourable pairing when the round of 32 is drawn on Monday.

Turkey International Under caused AEK problems all night as Foxes created a string of chances and should have won by a far more convincing margin.

Leicester made seven changes from the team that won at Sheffield United on Sunday.

But Rodgers’ side quickly put to bed any thoughts that they would be going thorough the motions.

The Foxes back four had a youthful look to it with two 19-year-olds and a 20-year-old joining veteran Jonny Evans.

But AEK were so ineffective that they rarely tested the Foxes defence.

Leicester went ahead when Stratos Svarnas failed to deal with Youri Tielemans’ cross and Under smashed his shot home.

It was a case of job done after 14 minutes when Barnes cut in from the left and found the net at the near post thanks to a deflection off Ionut Nedelcearu,

Barnes was involved again when he placed an excellent pass for Kelechi Iheanacho who got in a tangle in front of goal and missed a close range chance.

Wilfred Ndidi’s diving header was just wide of the target from six yards after 43 mnutes. 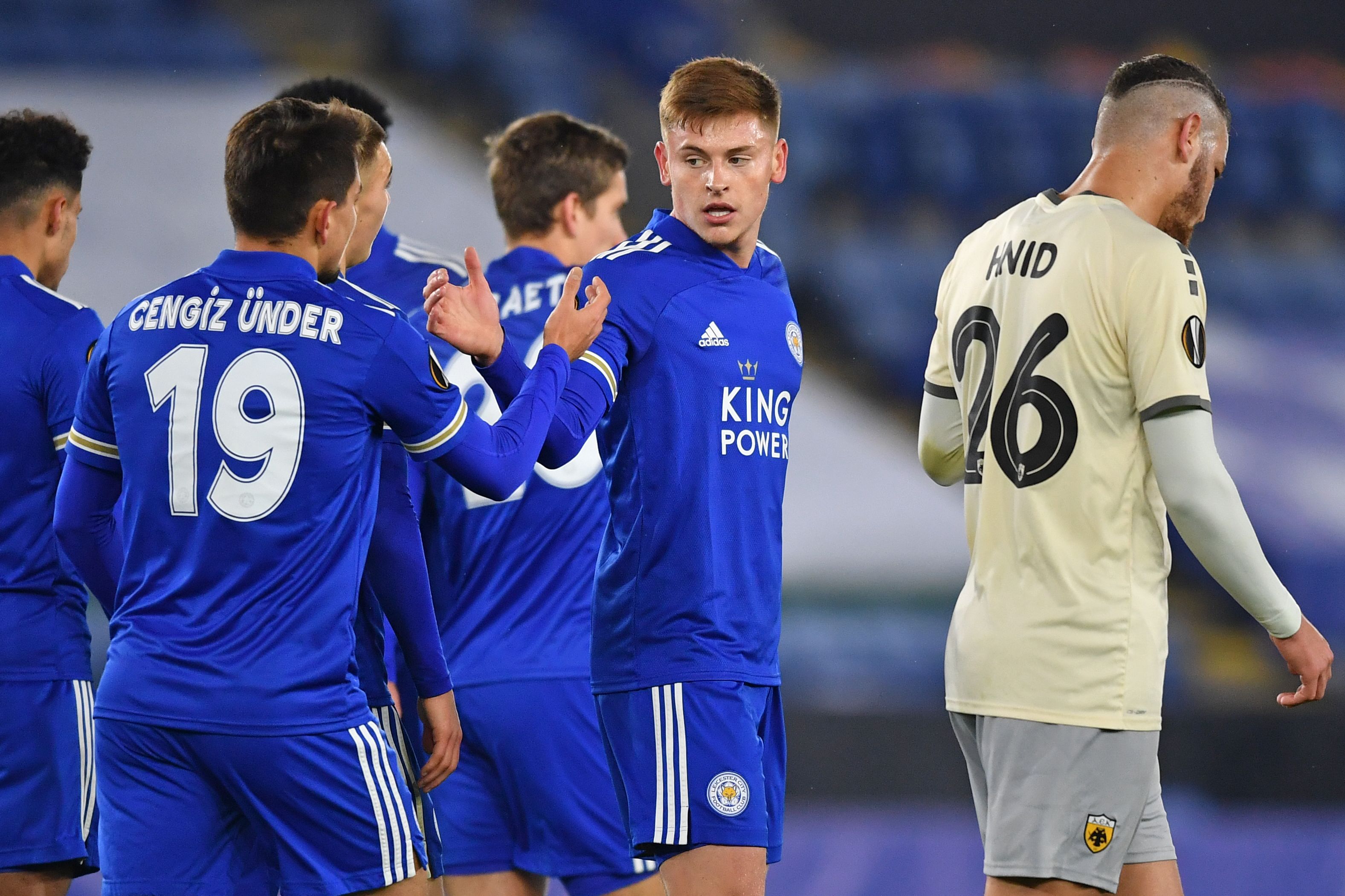 And Leicester piled on the pressure with Dennis Praet turning driving from 25 yards – but AEK keeper Panagiotis Tsintotas tipped it over the bar.

Barnes continued to impress and his solo run after 69 minutes ended with a shot that was inches wide before Sub Ayoze Perez was denied by a scrambling Panagiotis.

It was Barnes who looked the most likely to score again late on in an outstanding display – but somehow Leicester failed to find the net again.