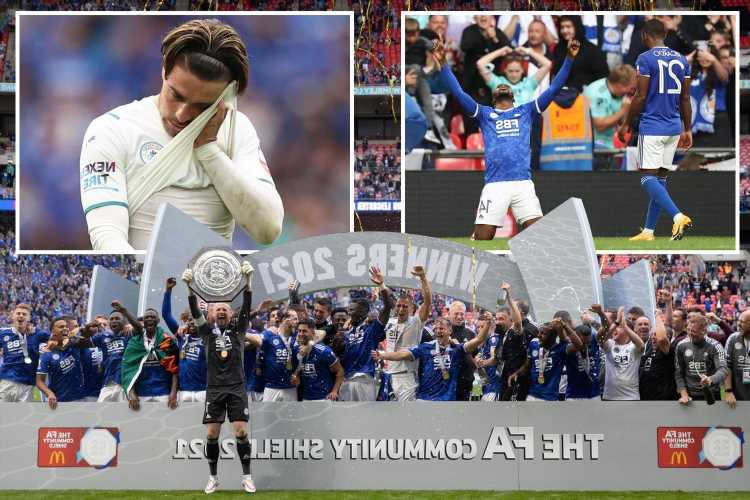 THE Community Shield was settled by a Manchester City golden boy – it just wasn't the one the current generation of Citizens fans had hoped for.

Kelechi Iheanacho – once the darling of the Etihad – stole Jack Grealish's thunder as Britain's first £100million signing ended up on the losing side at Wembley on his debut. 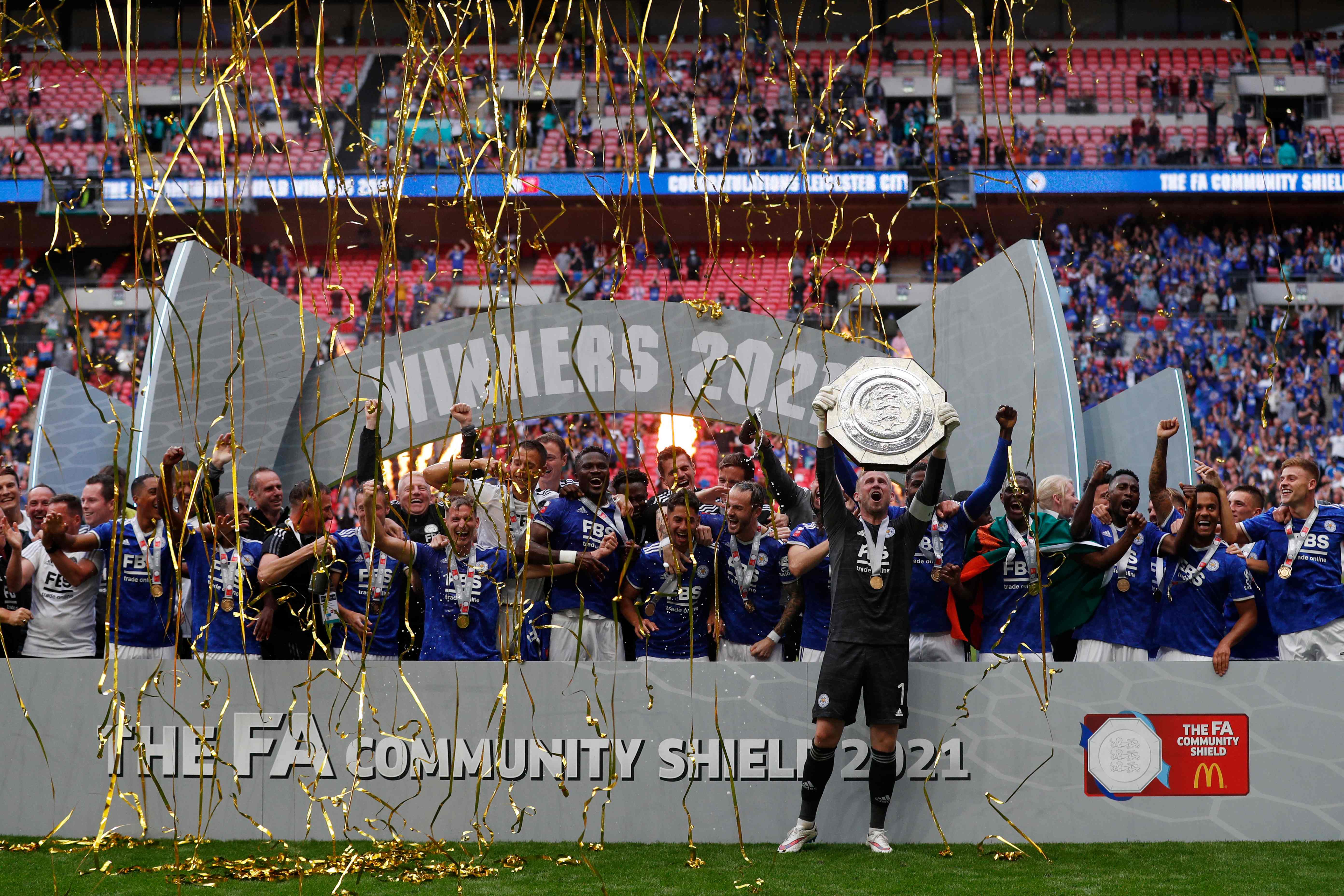 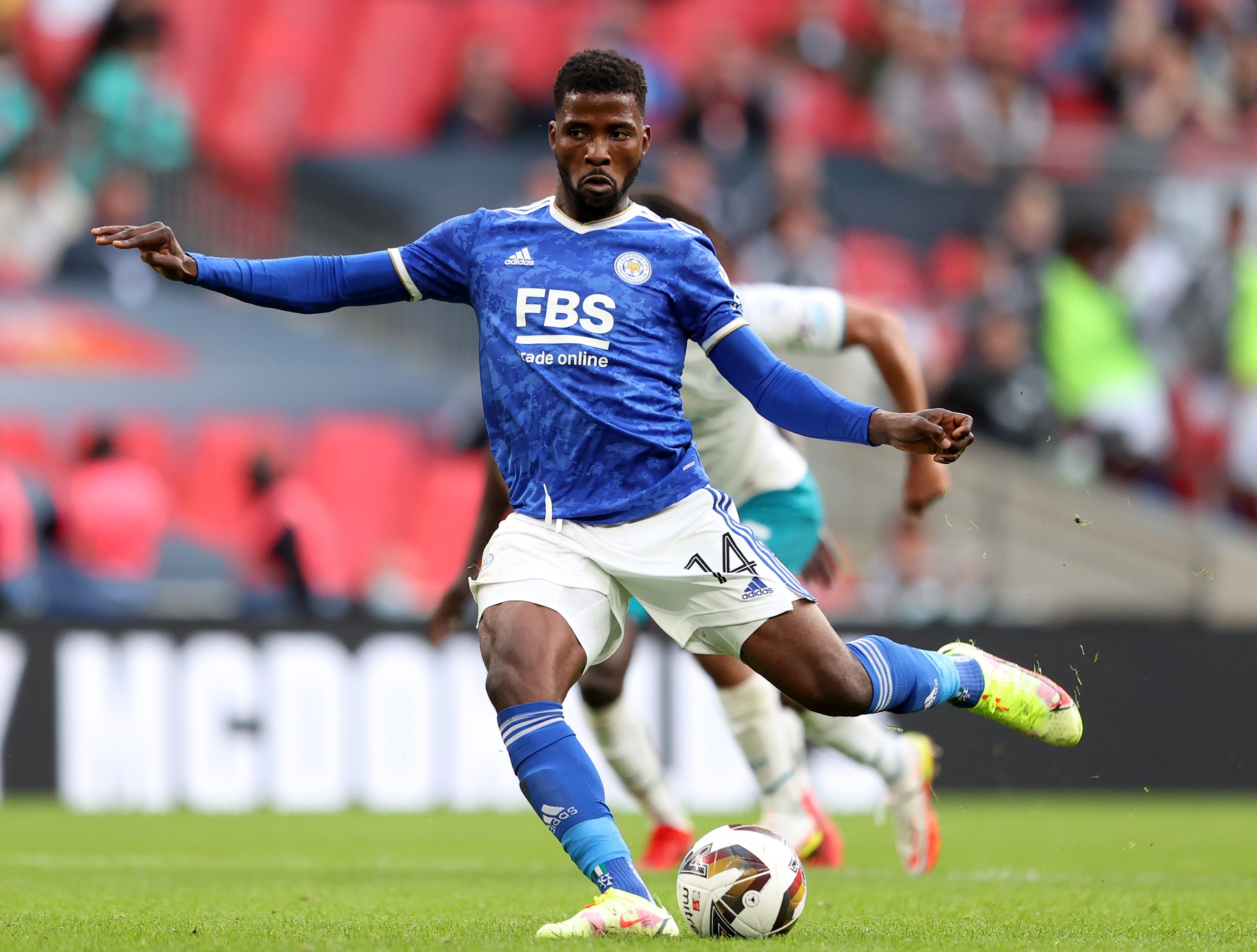 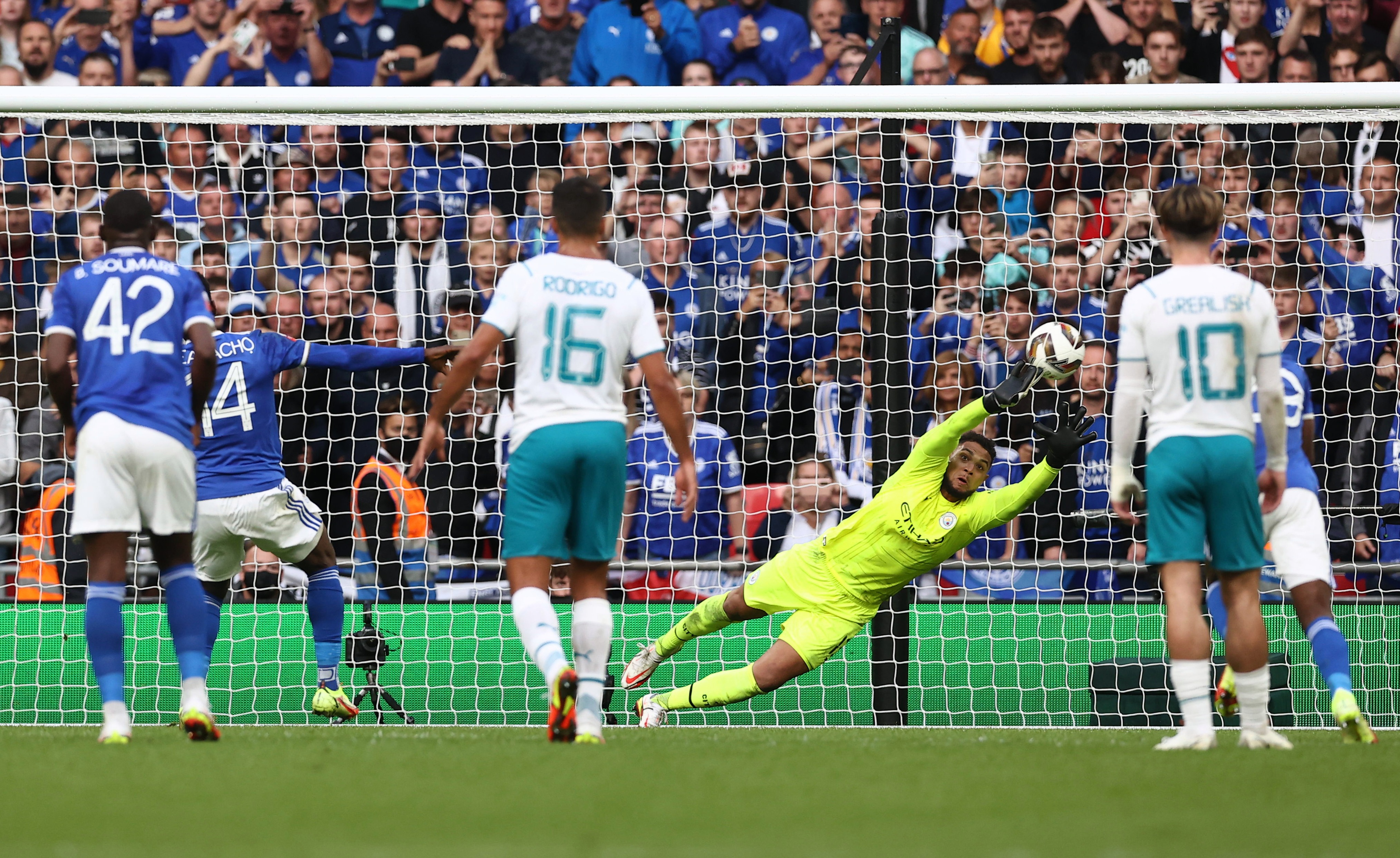 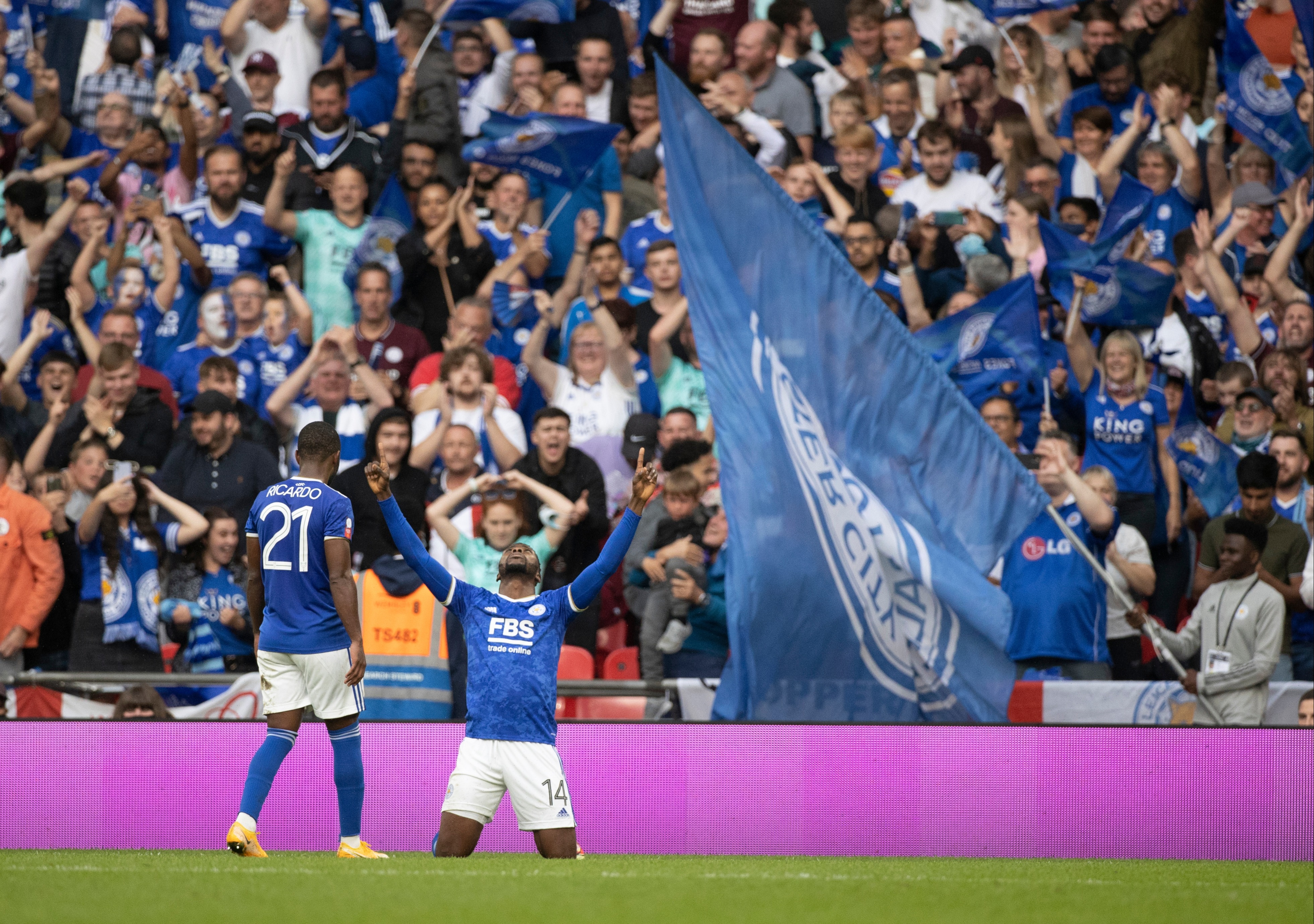 It was no more than they deserved as the defending Premier champions hit the self-destruct button just as we were preparing for a penalty shoot out.

But Nathan Ake dithered on the ball and was robbed by Iheanacho, who then hit the turf.

And although Foxes new £24miilion striker Patson Daka had his shot brilliantly saved by Zack Steffen, referee Paul Tierney punished Ake by pointing to the spot.

Once Fernandinho and Ruben Dias had been booked for their protests, Iheanacho expertly smashed his spot-kick high beyond Steffen – before taking his bow in front of celebrating Foxes fans.

It was no more than Leicester deserved as they had looked sharper than a largely makeshift City side, missing nine regulars.

Grealish trudged off at the end as Kasper Schmeichel raised the Shield – but he will expect to return before long.

Earlier, Grealish had started on the Wembley bench – which was pretty much  where he spent most of his summer with England.

But by half-time it was clear City could use their new £100million signing as Leicester bossed the opening 45 minutes.

In fact the defending champions had their American goalie Zack Steffen to thank for going in on level terms at the break after he defied Jamie Vardy on the stroke of half-time with a stunning reflex save.

Harvey Barnes picked out the veteran striker at the back post and Vardy seemed to have sent Steffen the wrong way until the City stopper threw out his right glove to deflect the ball onto the post.

That summed up the first half as Leicester caused City all kinds of problems through Harvey Barnes, James Maddison and Vardy, without finding the killer final touch needed to put Guardiola's weakened team to the sword.

Ilkay Gundogan had forced Kasper Schmeichel into a spectacular save early on when the Danish keeper tipped over Gundogan's curling free kick at full stretch.

But too often the Citizens – missing nine first team regulars – snatched at their final shot and Guardiola's frustration boiled over before the break when Ryan Bertrand clashed with young Cole Palmer in the Foxes box.

City fans claimed for a penalty but TV replays showed the youngster had caught Bertrand with a flying elbow and Pep earned a yellow card for complaining a bit too long and hard at fourth official Peter Banks.

Bertrand followed him into ref Paul Tierney's book just after the break when he took out Riyad Mahrez as he threatened to burst through the heart of Leicester's defence.

Moments later the Algerian raced through on goal from the halfway line but fluffed his shot under pressure from Wilfred Ndidi – to the delight of Leicester fans with long memories. 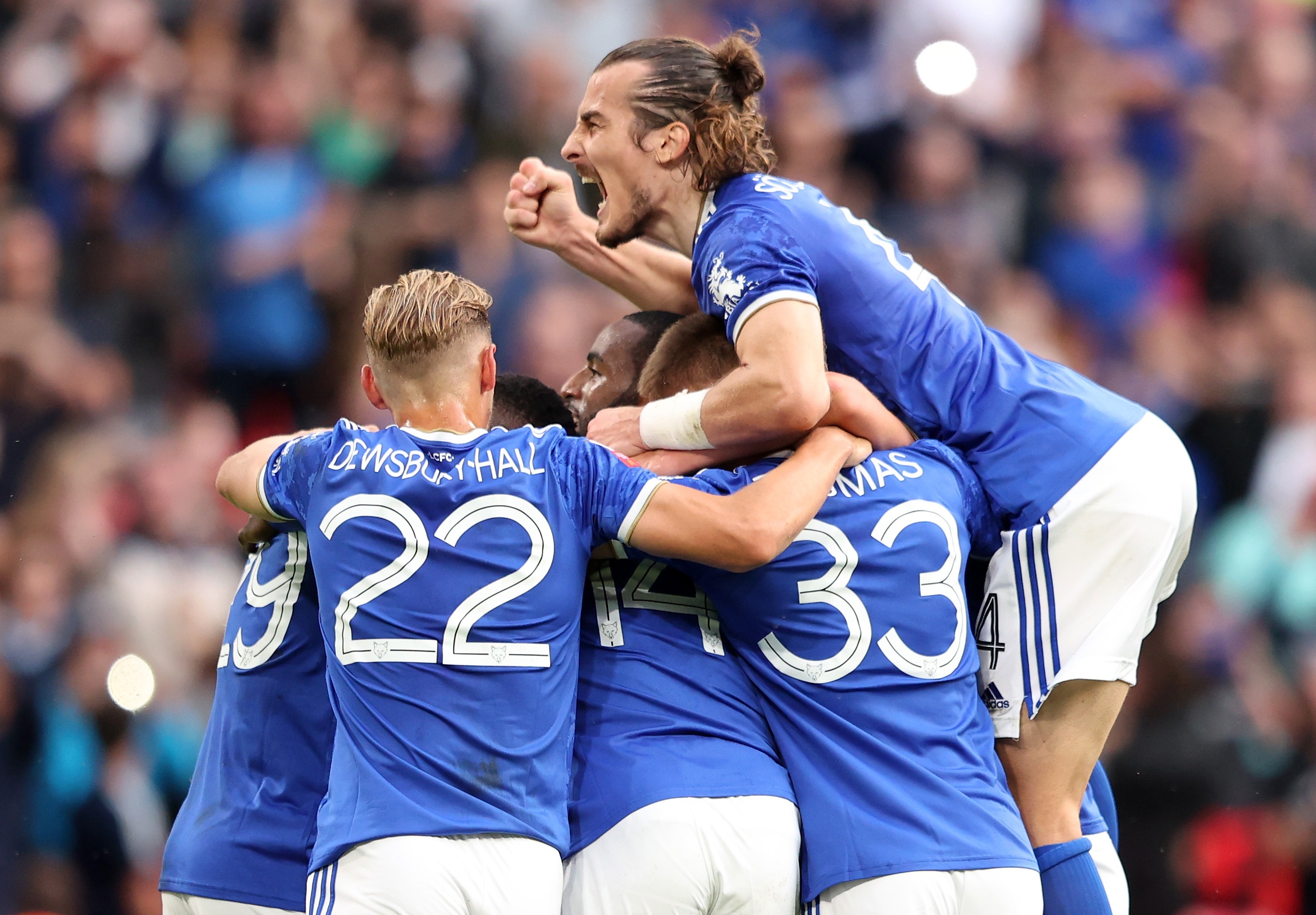 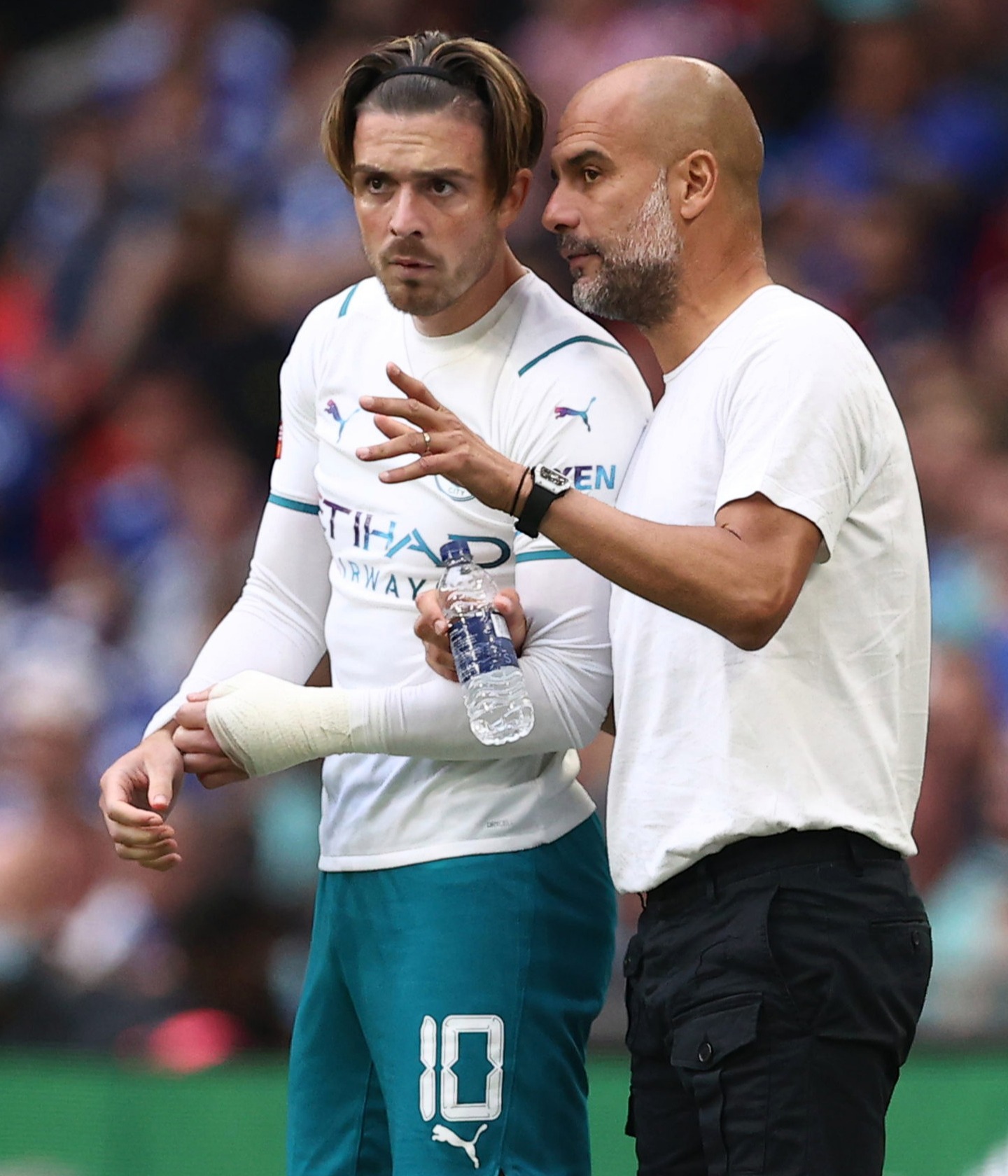 GOAL THREAT – One chance to equalise from Bernardo’s pass but ran into traffic. Created a half chance for sub Knight though it may not have stood.

INFLUENCE – Played out on the left, cutting in onto his right foot and saw plenty of the ball, making some lovely touches. His team improved as the game wore on and that was partly down to him.

TEAM WORK – Linked up nicely with Mendy and then Bernardo when he came on. Gaps were starting to appear down his flank when the Foxes took the lead.

VERDICT – It will take something special to live up to the enormous fee and not the start he wanted – but there were some promising signs. He will give Guardiola’s team another dimension.

Then came the moment City fans had been longing for as Guardiola gave them their first glimpse of their new record signing as he sent Grealish on for kid forward Sam Edozie.

The £100million signing showed glimpses of his star quality but in general he was expertly handled by a Foxes defence who know him so well.

And there was to be no early trophy for Pep's new golden boy to kick-off his City career with – as his thunder was stolen by a former City golden boy. 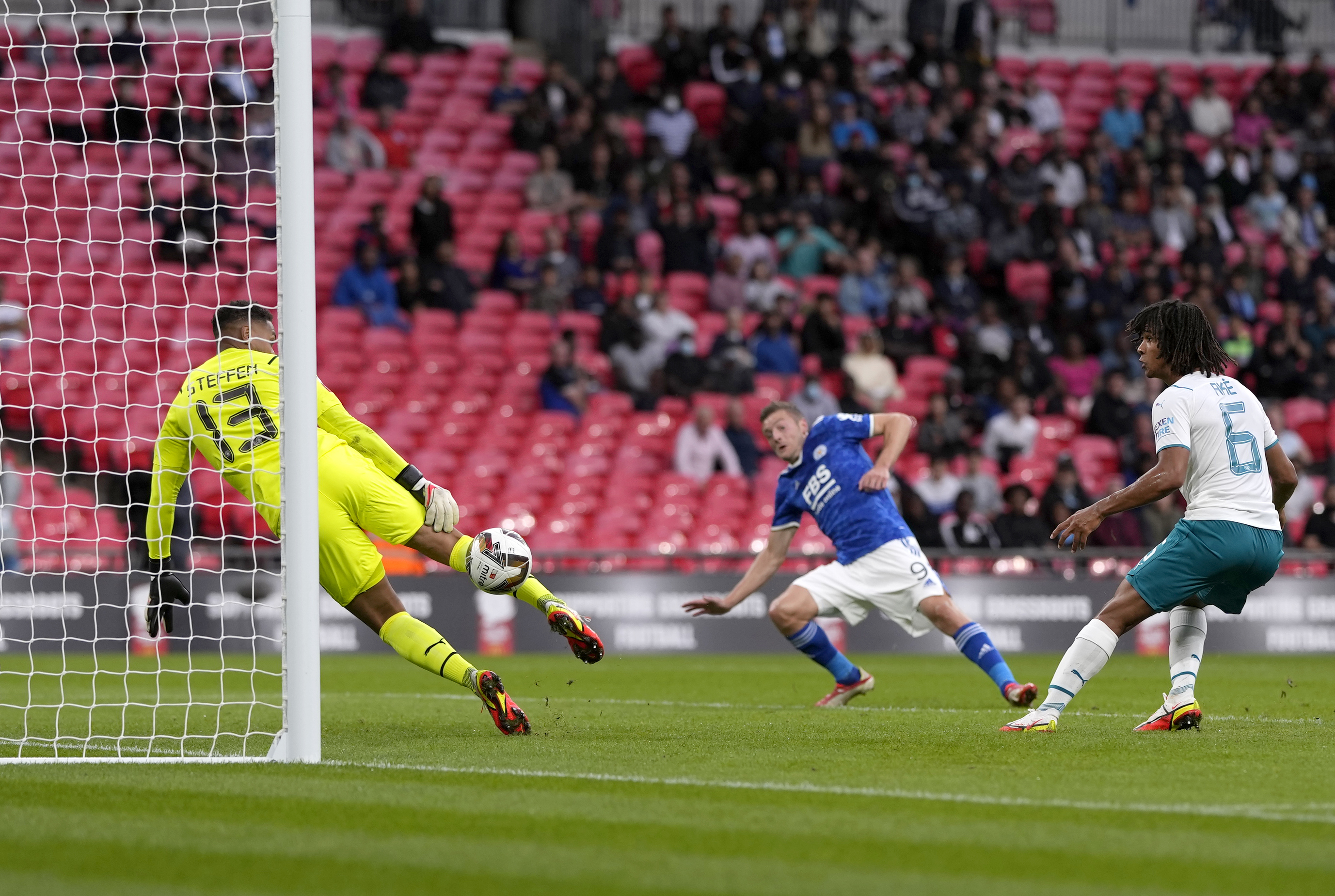 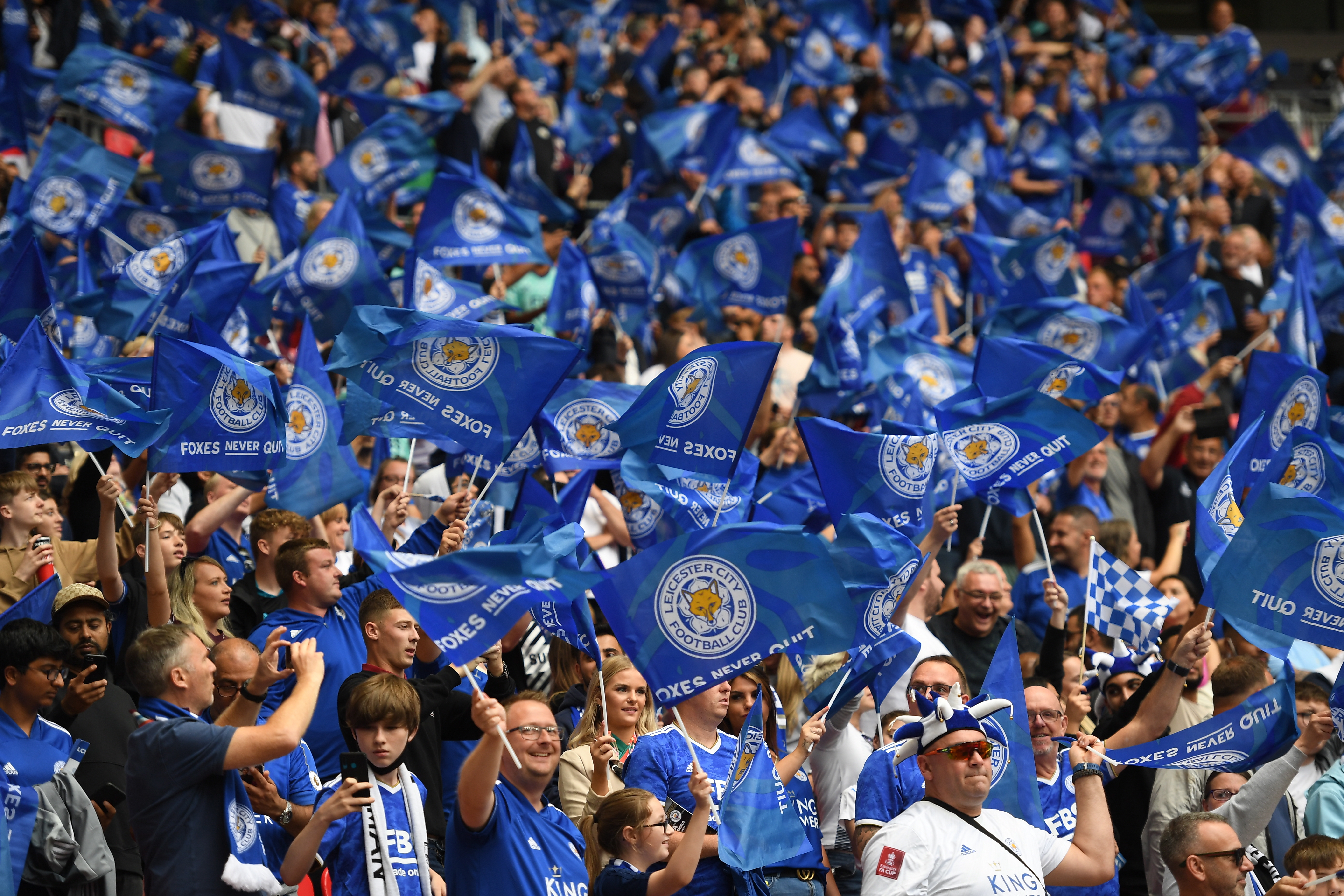