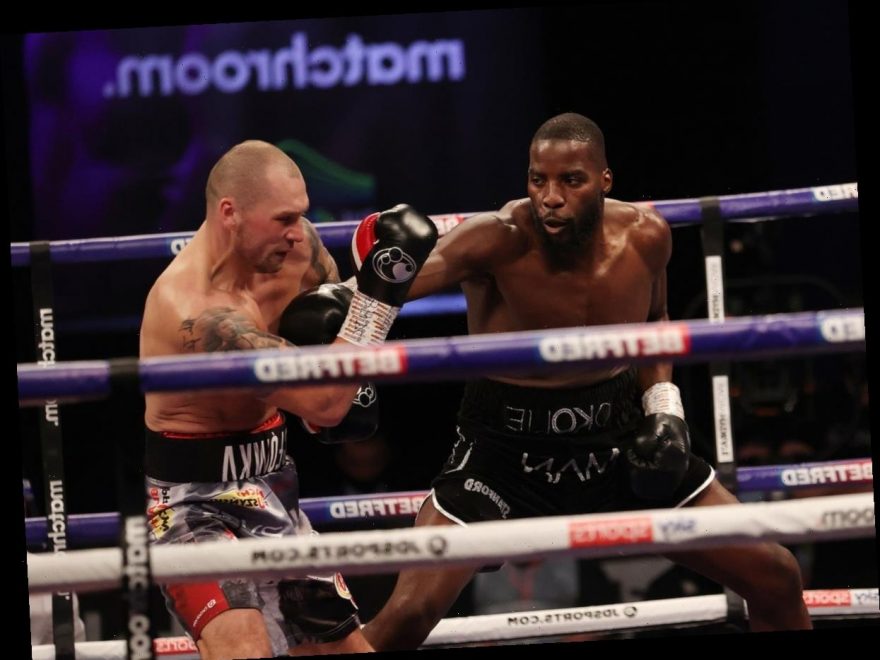 Lawrence Okolie knocked out Poland’s Krzysztof Glowacki in the sixth round to claim the WBO cruiserweight crown at Wembley Arena.

Okolie followed the game plan of trainer Shane McGuigan perfectly, cutting Glowacki above the eye in the fourth and then finishing off the Pole with an explosive right hook.

Glowacki’s only losses in his previous 33 professional fights came against world-class pair Oleksandr Usyk and Mairis Briedis, and he represented a significant step up in class for Okolie.

Okolie, though, set his stall out with an early strong right hand during the opening round, but then remained patient as he looked to control the fight from distance.

In the fourth, Glowacki’s chin was tested by a couple of telling jabs and right hooks as a cut opened above his right eye.

The Pole was struggling to find his range, and the end came in the sixth when he was put on his back by another destructive right from Okolie and counted out.

Okolie said afterwards on Sky Sports: “It is crazy, I feel happy and blessed. It is surreal. I had confidence throughout the week, was very calm. Shane reminded me not to rush, and it went exactly to plan. I said I’d get it done between rounds five and eight.”

The impressive victory extended Okolie’s record to 16 undefeated fights, with 13 knock-outs. He added that he will now target unifying the division.

“I am growing into myself as a boxer. It is a process,” he added. “Out of the champions, Mairis Briedis is the one I’d most like to fight.”

On the undercard at Wembley Arena, Anthony Fowler knocked out Spaniard Jorge Fortea in the third round of their WBA international super welterweight title bout.

Chris Billam-Smith beat Vasil Ducar with a unanimous decision for the vacant WBA continental cruiserweight belt, and featherweight Ellie Scotney won on points against Mailys Gangloff, as did Ramla Ali over Bec Connolly.