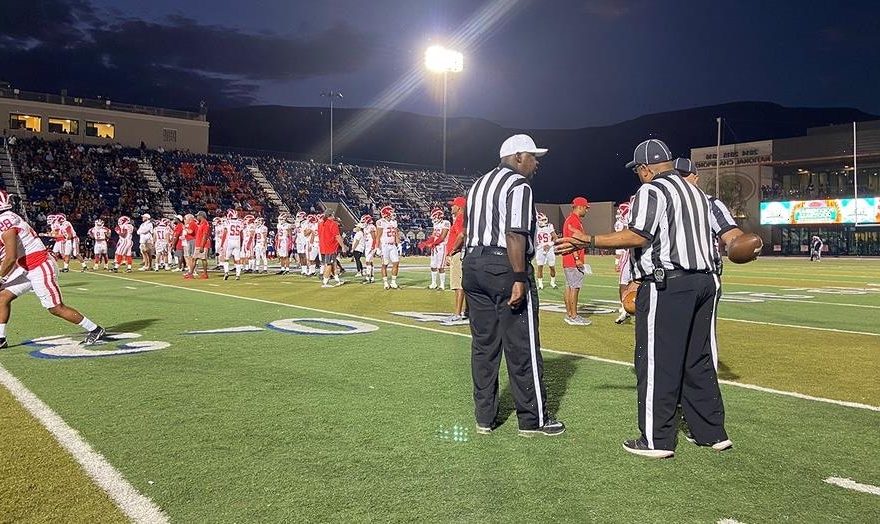 Many high school sports games around the country have been cancelled because of COVID-19 cases but that’s not the only thing that could put players on the sideline this season. There’s a nationwide referee shortage.

LAS VEGAS – Friday night lights are back … sort of.

Many high school sports games around the country have been cancelled because of COVID-19 cases. But that’s not the only thing putting players on the sidelines.

Before the pandemic, the Nevada Interscholastic Activities Association had around 1,400 officials for all sports in the state.

Now the number is down by half.

A typical high school football season in Las Vegas needs around 300 referees, but the Southern Nevada Officials Association (SNOA) says it’s down to 177.

“We’ve experienced shortages, but what we’re experiencing this year we haven’t dealt with,” said Vince Kristosik, the president of the SNOA. 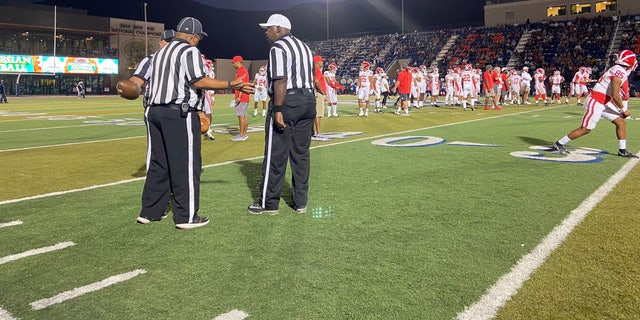 Las Vegas schools are facing a referee shortage. A typical high school football season would have around 300 officials, but this year, they have 177. (Ashley Soriano/Fox News)

Kristosik, who has been officiating for 30 years, said some referees quit because they were worried about their health, others left for new jobs and some just retired.

He said, “When the shutdown occurred and the sports stopped here, a lot of them after a year, year and a half said ‘Hey, I don’t miss it that much like I thought I did,’ so they let us know they were going to retire from officiating.”

“As soon as I knew that we were going to have a full season, I knew I was coming back,” Thomas said. “We’re hurting for officials. Definitely we’re hurting, and I mean big time.”

And it’s not just football. Before the pandemic, the SNOA had 104 soccer officials. Now, it has 67. 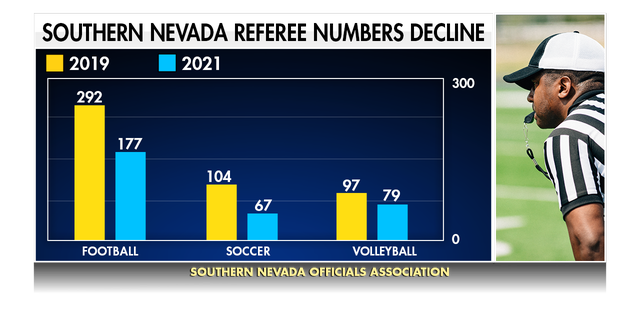 Referees quit over the last year and a half because of COVID-related concerns and bad sportsmanship. The number of referees has declined for all sports. (Graphic by Fox News)

But the pandemic isn’t the only reason for the referee shortage.

The SNOA says bad sportsmanship from parents, players and coaches has contributed to a gradual decline in the number of referees over the last decade.

“We can have the coaches ready to coach and the players ready to play. We can have transportation lined up. Everything can be in place, but without the officials, there’s no games,” Kristosik said.

The problem is happening nationwide, from Oklahoma to Ohio to Texas.

In other states like Colorado and Florida, schools have moved the games from Friday to other days through the week to find enough refs for all the games.