Former World Athletics boss Lamine Diack is JAILED for two years and fined €500,000 after being found guilty of corruption in Russian doping scandal

The former head of world athletics’ governing body, Lamine Diack, was convicted of corruption in a Russian doping scandal in France on Wednesday and sentenced to spend at least two years in jail.

Diack, 87, was found guilty of accepting bribes from athletes suspected of doping, to cover up test results and let them continue competing, including in the 2012 London Olympics. 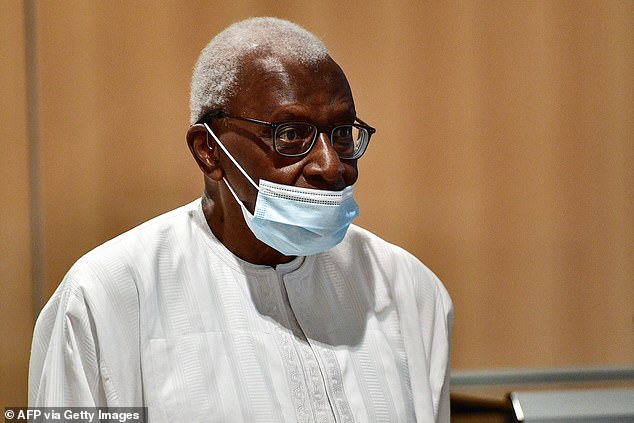 Ex-head of world athletics’ governing body, Lamine Diack, was convicted on Wednesday of corruption in a Russian doping scandal and sentenced to spend at least two years in jail 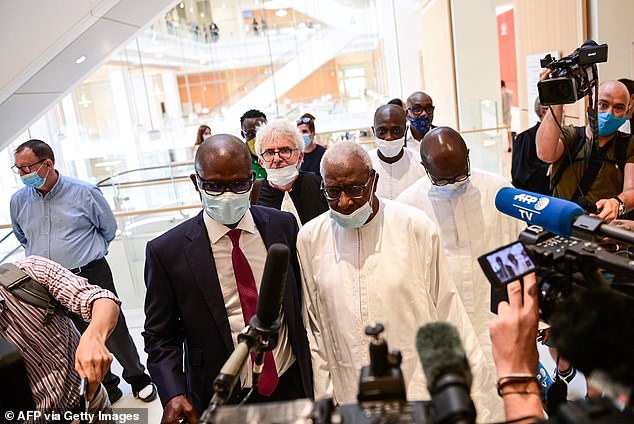 Diack (centre, right) pictured arriving for the verdict at a court in Paris on Wednesday

The presiding judge said the former long-jumper’s actions had ‘undermined the values of athletics and the fight against doping’.

Diack was once one of the most influential men in the sport, leading the International Association of Athletics Federations (IAAF), now known as World Athletics, from 1999 to 2015. 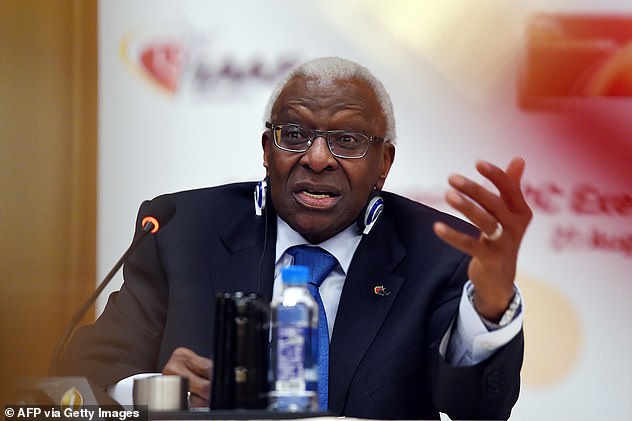