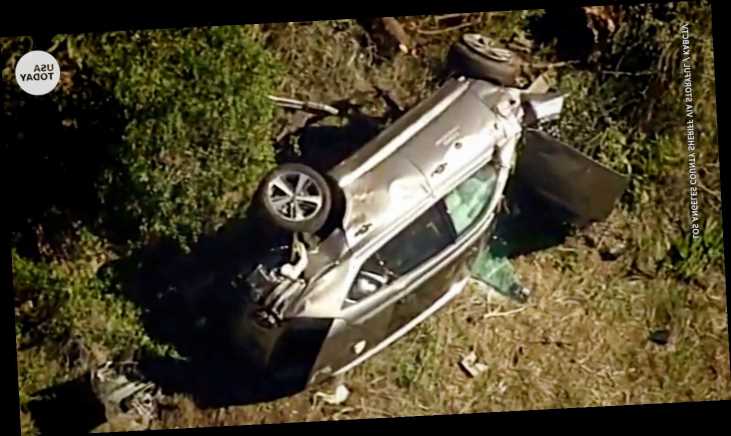 Los Angeles County Sheriff Alex Villanueva said Wednesday that Tiger Woods did not receive special treatment from law enforcement after he crashed his SUV last month but noted some “lessons learned” as the crash investigation nears completion in coming weeks.

Villanueva also said the golf legend showed no “obvious” signs of impairment at the scene of the crash Feb. 23, an adjective he hadn’t stressed before when discussing how Woods was evaluated that day by deputies.

The sheriff then switched to the topic of drug-recognition experts and “lessons learned from every incident.” Drug-recognition experts (DRE) are officers specially trained to detect impairment in drivers after crashes especially when it is not obvious. Woods was not evaluated by a DRE after the crash because Villanueva said then there wasn’t a need for it.

“For anybody suggesting he somehow received any different treatment than anybody else, he did not,” Villanueva said Wednesday when asked by USA TODAY Sports for an update on the case. “I can tell you this: We do need more drug-recognition experts within the department. We need to hire more, but then again, that costs money. We need to train more. We’re going to be training with the resources we have to increase our pool of available DRE experts.

“And that’s something that obviously, lessons learned from every incident and how can we can apply what we learned to future events and to make ourselves more, a better organization and more effective?" he said. "And those are one of the things we’re going to be doing.”

Drug-recognition experts use a 12-step process to evaluate for impairment, including questioning the driver, checking the eyes and vital signs, often at a location removed from the crash scene, such as at a hospital. If they think a driver is impaired, they can request an examination of the driver’s blood. In this case, none of that happened because there was no call for a DRE by the sheriff’s department, leading experts contacted by USA TODAY Sports to question why not, given the evidence on the scene at the time.

Not only did Woods drive off road that day in a manner that is consistent with him being inattentive or unconscious, but he also had no memory of driving the vehicle, let alone the crash itself.

While it is not uncommon for crash victims to suffer head injuries and not remember the moments of impact, Woods was wearing a seatbelt and his airbags deployed. A sheriff’s deputy noted Woods had “injuries/lacerations” to his face and broken bones in his right leg but did not mention head injuries. Sheriff’s officials also described Woods as alert and “lucid” at the scene upon their arrival.

THE LATEST ON TIGER: Sign up for our daily newsletter to keep informed on Woods' recovery

Villanueva added Wednesday they were concerned for Woods’ health in the absence of obvious impairment or other victims.

“Our concern shifts to the humanitarian, you know life-preservation, those kinds of things, and the accident becomes secondary,” he said.

Woods, 45, was driving on a downhill road at around 7 a.m. that Tuesday, but instead of staying with his lane as it curved right, his Genesis SUV went straight over the curb into the median and hit a sign.  Then he kept going straight through the median and into opposing traffic lines before leaving the road, hitting a tree and rolling over in Rolling Hills Estates, south of downtown Los Angeles.

He traveled about 400 feet since hitting the median, in a straight line. If he had been awake and distracted or even slightly asleep, experts said they would have expected to see evidence of his immediate reaction, such deceleration, braking and steering back onto the road.

But there were no skid marks on the road to suggest braking, which happens even with anti-lock brakes. Instead, Woods just kept going and going in a straight line for some 400 feet despite being in the middle of an emergency. Jonathan Cherney, a crash expert and former police detective who walked the scene, told USA TODAY Sports it was “like a classic case of falling asleep behind the wheel, because the road curves and his vehicle goes straight.”

After the crash, the sheriff’s department executed a search warrant to obtain data from the vehicle’s black box, which could show how fast he was going and any braking or steering activity. Asked by USA TODAY Sports Wednesday what he learned from the black box, the sheriff replied, “We learned a few things, which is important.”

Before this crash, Woods was found unconscious at the wheel in two prior driving incidents. The first was in 2009, when a witness found him unconscious and snoring in his SUV after hitting a tree and fire hydrant outside his mansion in Florida. He was cited then for careless driving.

In 2017, police found him asleep at the wheel in Florida on Memorial Day. After police arrested him on suspicion of drunken driving, a toxicology report later revealed he had the sleep medication Ambien in his system, as well as other medicines, including Vicodin. Woods then checked into a clinic to get help with medications for pain and a sleep disorder. He also pleaded guilty to reckless driving.

In this case, his injuries from the crash kept him in the hospital for about three weeks. He announced on Twitter Tuesday that he was “back home." He thanked his surgeons, doctors, nurses and hospital staff.

“I will be recovering at home and working on getting stronger every day,” Woods said in that statement.

Villanueva indicated Wednesday the investigation is almost over.

“In the next few weeks we’re going to have the entire thing completed,” he said.