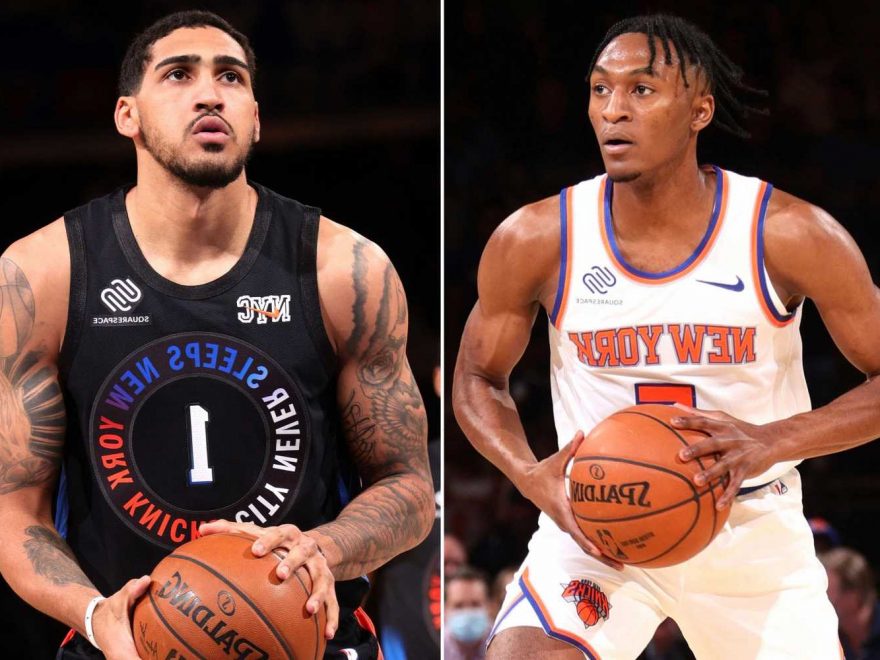 Nets have options when it comes to guard’s future

Knicks rookies Obi Toppin and Immanuel Quickley were both named to the USA Basketball Select Team on Thursday.

It will give the pair a chance to be coached by Erik Spoelstra, scrimmage with the Olympic squad in their Las Vegas training camp and have a clear pathway to the national team pool if they continue to progress.

In short, it’s a golden opportunity.

“It’s an honor to be selected for the USA Select Team,” Toppin said in a video shared by the Knicks. “It’s an opportunity for me to get out to Vegas and play against the best players in the world — guys like [Kevin Durant], Khris Middleton, Kevin Love, Dame Lillard. … Can’t wait to get out there and help them prepare to go to Tokyo and win the gold medal.”

After being drafted eighth overall out of Dayton, Toppin recovered somewhat from a disappointing rookie regular season by raising his production in the playoffs. The power forward averaged just 4.1 points in 11 minutes during the season, but upped that to 6.4 points in 13 minutes during a first-round playoff loss to the Hawks.

Quickley was an early surprise, flying under the radar as the No. 25-overall pick to average 11.4 points in 19.4 minutes and make the All-Rookie second team. The point guard’s production did plummet to just 5.8 points in 15.4 minutes per playoff game, but he said he is going to relish the opportunity to scrimmage against Team USA’s elite guards, such as Lillard and Jrue Holiday.

“Truly a blessing and an honor to be invited to the USA Select Team in Vegas,” Quickley said in the same video, which was shared on Twitter. “Helping those guys compete for a gold medal in Tokyo, it’s going to be a truly a great experience for me.

“Just to go against the greatest players in the world, Dame, Jrue Holiday, some of those guys. Looking forward to improve my game competing against the best and just helping USA get better. So, great to be part of the USA family.”

The Knicks duo joins a roster of 13 young NBA players and four veterans who will train daily with the USA National Team from July 6-9 at UNLV’s Mendenhall Center. They’ll have an eye toward getting Team USA ready for the Tokyo Olympics — or even getting a shot to fill in themselves on Team USA, if needed, for any exhibition games.

“With all the uncertainty of how many of our Olympic Team members will be available for the USA training camp because of the overlap with the NBA Finals, we chose a USA Select Team consisting of many of the top young NBA players and four players who not only own international experience, but who played recently for USA Basketball in important national team qualifying competitions.

“If we need to add players to fill out our roster for any of our exhibition games, we feel this USA Select Team has an excellent variety of skilled players to choose from.”