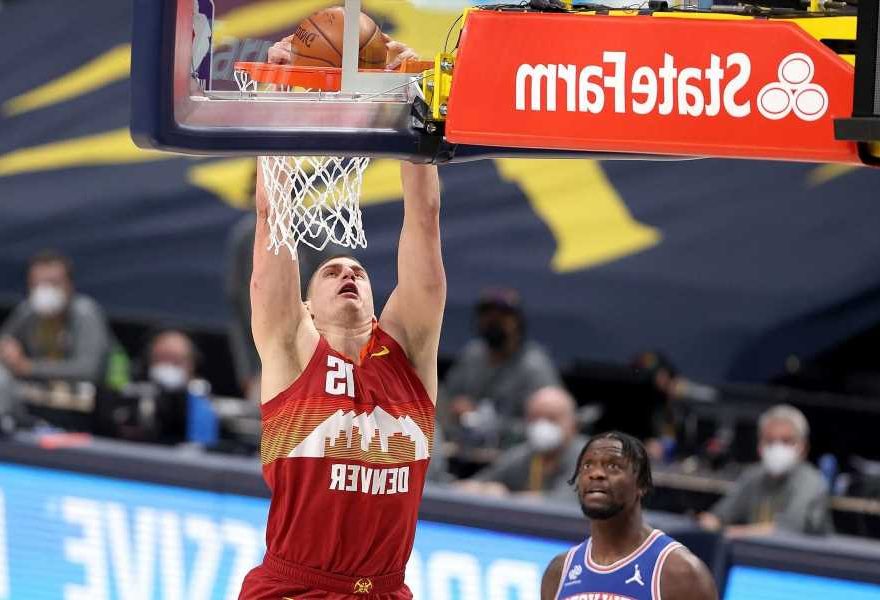 With all due respect, the Knicks saw what a true-blue MVP candidate looked like.

The Knicks didn’t do much Wednesday in Denver other than put the unofficial crown on center Nikola Jokic as the NBA’s MVP Award winner in getting routed 113-97 at Pepsi Arena.

The Knicks haven’t won in the Mile High City since 2006 and they always deny altitude is the issue. But something’s in the air.

In the first quarter alone, the Denver giant crushed the Knicks inside, outscoring them in the period, 24-12, on the way to 32 points in 29 minutes.

It was an embarrassing performance, but maybe the Knicks were due for a lethargic stinker after coming in on a 12-1 spree.

As great as Jokic has been the last three seasons, he has never scored 24 in an opening frame, in which the Knicks trailed 34-12. It was their lowest-scoring first quarter of the season.

Not that the Knicks losing out is going to happen, but their final six games are beyond rough – with Phoenix, the Clippers and Lakers on the road before closing out at home vs. San Antonio, Charlotte and Boston.

Adding insult to injury, Austin Rivers, in the Nuggets rotation after his falling out with Tom Thibodeau and messy exit, exacted revenge as he drilled six 3-pointers on nine attempts. He finished with a season-high 25 points in 28 minutes.