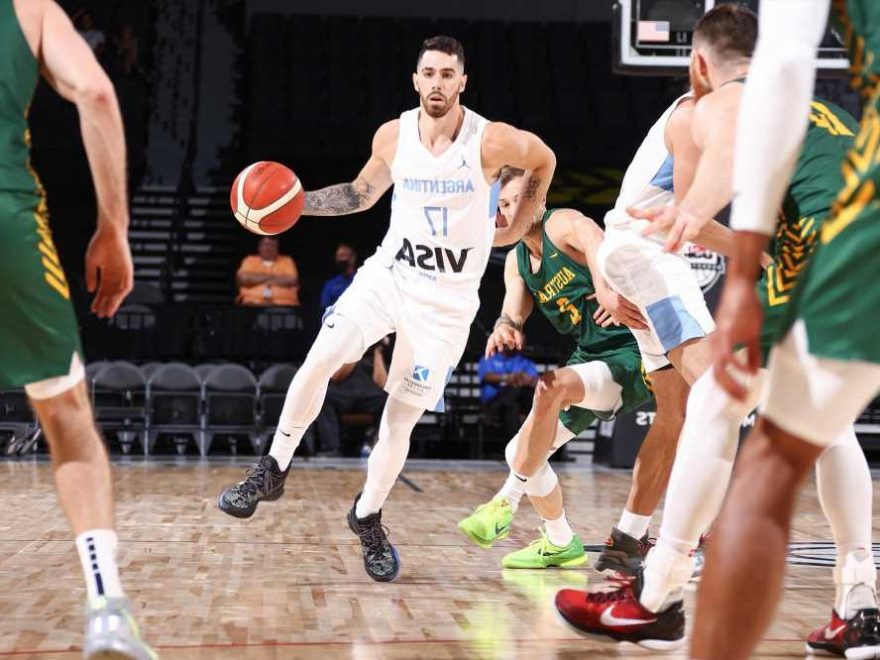 Knicks legend thinks Chris Paul is ‘made’ for MSG

NBA star has chance to be Knicks’ Mark Messier

The Knicks know their new point-guard signee Luca Vildoza can hit it from deep.

In highlighting Argentina’s Olympic exhibition opener in Las Vegas Saturday night, Vildoza banked in a half-court shot at the first-half buzzer to give Argentina a 47-42 lead at intermission against Australia.

Vildoza finished with 11 points, making 3 of 8 3-pointers. However, Argentina was beaten at the buzzer by Patty Mills’ game-winning 3-pointer, 87-84, at Mandalay Bay Arena.

The Argentina-Australia exhibition was the second leg of a doubleheader in Vegas, following Nigeria’s stunning upset of the U.S. Olympic team.

Vildoza, 25, and Argentina will face Team USA Tuesay in Vegas. Argentina held training camp in Las Vegas because of the COVID-19 outbreak in its country.

The Knicks signed Vildoza to a 4-year, $13.6 million non-guaranteed deal in May, but he didn’t play in the playoffs as coach Tom Thibodeau felt it was too difficult to integrate him. He worked out in Tarrytown last month with Knicks coaches.

Vildoza is wearing No. 17 for Argentina and his management’s twitter feed announced in May he would wear that number for the Knicks next season. That was the number of Knicks cult hero Jeremy Lin. The Knicks declined to confirm Vildoza will wear No. 17 and the team website doesn’t list his number.

On Saturday, ex-Net Luis Scola led Argentina with 25 points. Scola is 41 years old and said he hasn’t decided if he will retire after the Olympics.

Regarding Team USA’s shocking loss, Scola said NBA talent is spread over so many national clubs it’s not that surprising.

“The talent is diluted among the teams,” Scola said. “We have four solid NBA players. Nigeria has six, seven. We will see this happen more and more. It might open the gate. It’s good for basketball. It’s more fun.”

Vildoza shares the backcourt with Nuggets point guard Facundo Campazzo. Also on the club is one of the Timberwolves’ 2020 first-round picks, small forward Leandro Bolmaro, whom the Knicks originally took at No. 23 but gave up in a transaction to move back to No. 25 for Immanuel Quickley.