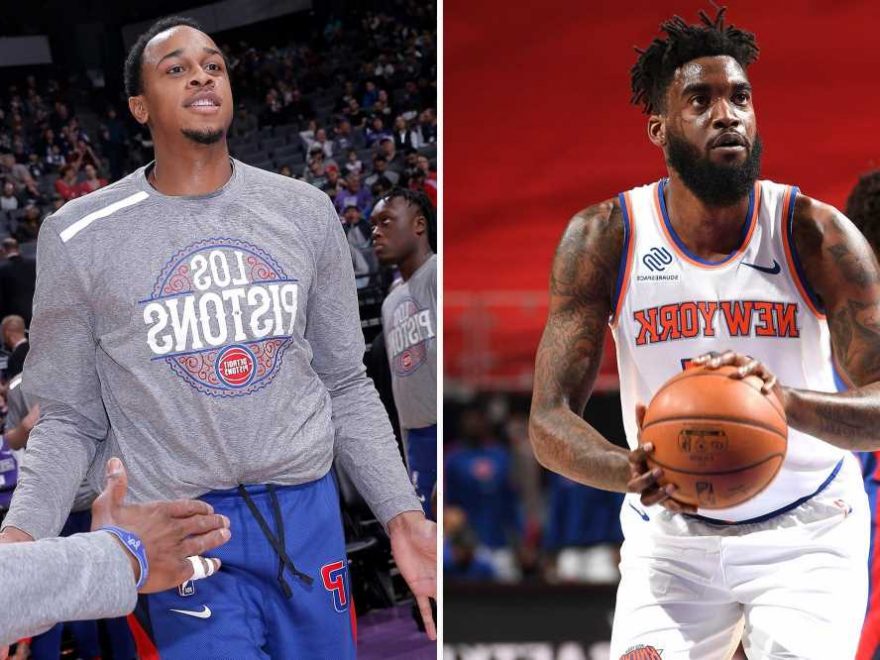 The Knicks’ quest to land Zion Williamson begins with a bang

The Knicks are expected to have an open roster spot with injured power forward/center John Henson’s 10-day contract expiring Thursday. The Knicks don’t plan to give him a second 10-day pact, according to an NBA source.

Henson injured his calf on the second day of his contract during a workout with assorted Knicks players. The 30-year-old NBA veteran never got into a game, but hauled in $119,000 from his 10-day pact to rehab his calf. Henson didn’t make the two-game road trip to New Orleans and Dallas.

Meanwhile, Pelle had a strong defensive game in the Knicks’ victory vs. the Pelicans on Wednesday. Pelle, playing with a dislocated finger he suffered in his debut in Detroit, played 13 minutes, blocked a Zion Williamson shot and scored two inside baskets. More importantly, he was a plus-19.

Knicks coach Tom Thibodeau didn’t know much about Pelle when they originally signed him earlier this month, saying the “scouts” liked him. But he’s come away impressed. Pelle is on his second 10-day contract with the expectation he will finish out the season with the Knicks.

“Norvel was terrific,” Thibodeau said. “He’s been putting in a lot of extra work. He’s still finding his way, learning the system. But his length, shot blocking, the rim protection is huge for us.”

Thibodeau was looking at both Pelle and Henson as “insurance” for Noel and backup center Taj Gibson. Center Mitchell Robinson, who didn’t make the two-game road trip to New Orleans-Dallas, is expected to be out for the season with a broken foot.

“These guys have done a great job all year long,” Thibodeau said. “When Mitch went out, Nerlens was ready, stepped in, did a terrific job. Taj stepped in, gave us great backup minutes. The one thing about Taj that you know is you can start him, you can bring him off the bench, you can have him situational, he’s the same every day. Always ready, always team first.”

Whether the Knicks use their final roster spot is unclear and they may decide to soldier on with the Noel, Gibson and Pelle trio.

One power forward the Knicks have considered is Kenneth Faried, the rugged rebounder and former Denver Nugget. Faried, 31, who recently played in China, is from Newark. But the knock on Faried is he’s still a poor shooter.