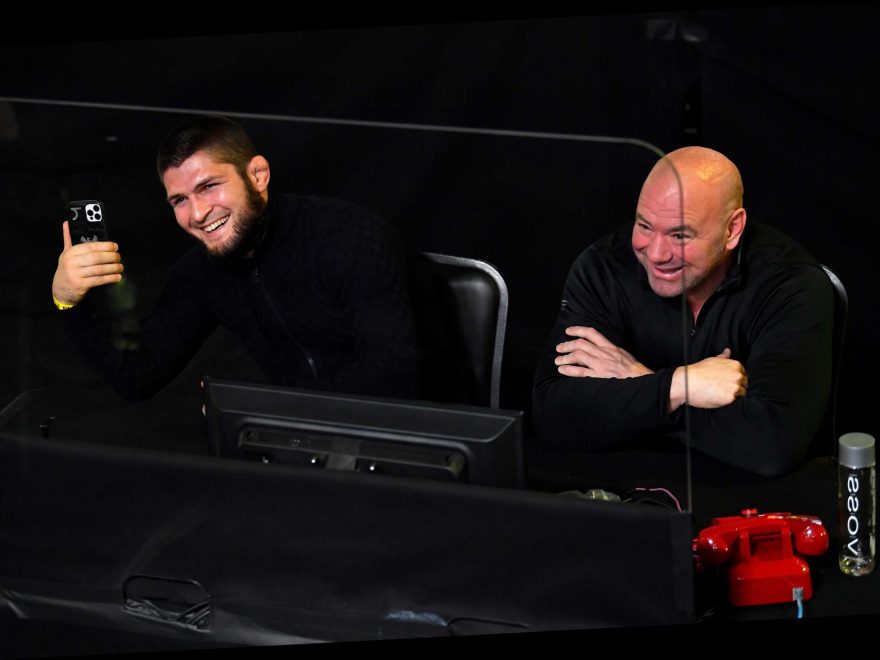 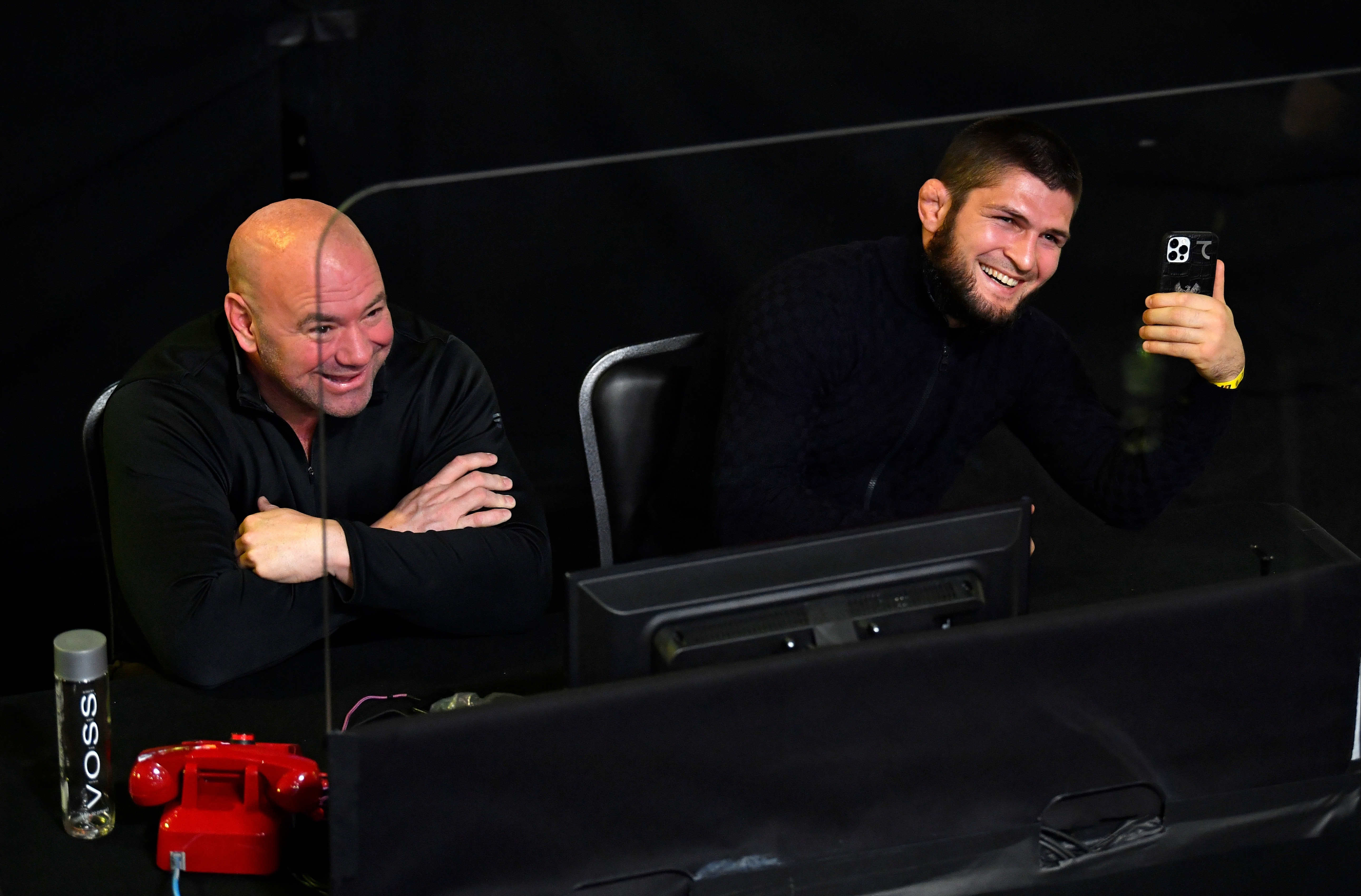 The Russian started an Instagram live during the fight and was heard shouting instructions to Holland.

Khabib captured the action from the cageside monitor and live up close and personal, all while sitting next to UFC president White.

White has been vocal in his fight against illegal streamers, making it all the funnier to fans.

Another said: "Can we talk about khabib illegally streaming in front of Dana."

Another added: "Khabib streaming next to Dana is tooooo hilarious."

Nurmagomedov, 32, announced his retirement in October after beating Justin Gaethje, also 32, at UFC 254.

It was his first fight after losing his influential father and coach Abdulmanap, who passed away aged 57 in July.

With Khabib one win away from achieving his dream of 30-0, White tried to tempt him into one final fight.

But after five months of talks, the promoter announced Nurmagomedov would fight no more and as a result vacate his lightweight title.

Khabib said: “It’s very funny: Dana told me when he posted that someone commented saying, ‘Hey, he retired not today, he retired about five months ago,’ and I was like it’s funny.

"We had some conversations with Dana a couple of times and like two days ago we meet with him to talk like two real men.

"We had a very good conversation with them, good dinner, and I really appreciated him not only for me, but all the sport.”