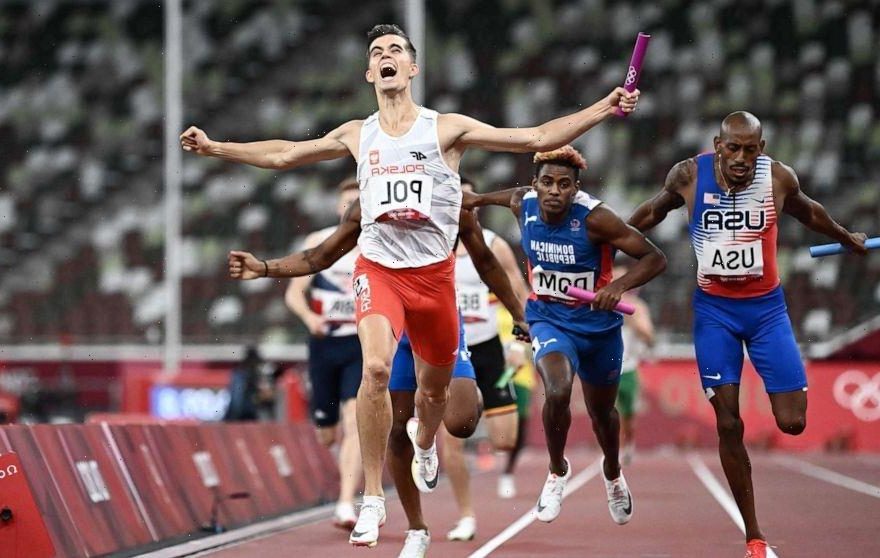 Each day, ABC News will give you a roundup of key Olympic moments from the day’s events in Tokyo, happening 13 hours ahead of U.S. Eastern Standard Time. After a 12-month delay, the unprecedented 2020 Summer Olympics is taking place without fans or spectators and under a state of emergency due to the coronavirus pandemic.

Rising superstar Caeleb Dressel dominated the field in the Men’s 100m butterfly, setting a new world record of 49.45 seconds. Meanwhile, established super star Katie Ledecky won the 800m freestyle yesterday and with it became the first female swimmer to win six individual gold medals in the Olympics. The wins were each their third gold medal at the 2020 Games, Dressel now has four total Olympic gold medals for his career while Ledecky has now won seven.

U.S. gymnast Simone Biles pulled out of the individual finals competitions for vault and uneven bars after withdrawing from individual all-around finals earlier this week. “She will continue to be evaluated daily to determine whether to compete in the finals for floor exercise and balance beam,” USA gymnastics said in a statement.

Team USA’s MyKayla Skinner, who finished with the fourth-highest score during qualifications, will replace Biles.

There were 21 newly confirmed cases of COVID-19 among people at the Tokyo Olympics on Saturday, all from games concerned personnel or Olympic contractors. The total now stands at 246, according to data released by the Tokyo 2020 organizing committee.

The surrounding city of Tokyo reported 4,058 new cases on Saturday, a 7-day average increase of 217.0%, according to data released by the Tokyo metropolitan government.

What could have been a historic Olympics for Serbia’s Novak Djokovic has resulted in frustration and injury. Djokovic’s dreams of achieving a Golden Slam were dashed after a loss to Alexander Zverev yesterday, and the world’s top-ranked tennis player lost again today in the bronze medal match to Pablo Carreño Busta, 6-4, 6-7, 6-3.

Afterward, Djokovic was due back on court for his bronze medal match in mixed-doubles but withdrew from the match citing a left-shoulder injury, according to The Associated Press.

The second day of track events featured an Olympic-record run by Elaine Thompson-Herah of Jamaica in the 100m and the first gold medal in the mixed-gender 4×400 relay for Poland.

Thompson-Herah successfully defended her 2016 gold medal in the 100m with an Olympic record time of 10.61 seconds. Jamaica swept the event with Shelly-Ann Fraser-Pryce taking silver and Shericka Jackson the bronze.

Poland was victorious in the first mixed-gender 4×400 relay in the 2020 Games, setting a new Olympic record set just 24 hours earlier. The U.S. team won the bronze.

After the first game loss to France, Team USA found its rhythm in the last two games, finishing the group round with a 119-84 win against Czech Republic. The effort was led by Jayson Tatum with 27 points and helped the team secure a spot in the quarterfinals

The 2020 Olympic Games has been a monumental moment in the history of action sports. Not only have surfing and skateboarding made it to the world’s largest stage, but the cycling discipline has also expanded to include BMX freestyle for the first time. Preliminary rounds were held today, with Team USA’s Hannah Roberts topping the women’s division in the park competition. The finals in are park scheduled for tomorrow’s events.

The U.S. team won its second game over South Korea 4-2 today, coming off of an 8-1 victory over Israel in yesterday’s competition. The Tokyo Games brought back baseball to the Olympics for the first time since the 2008 Olympics in Beijing.

Catch up on the best moments from the previous days’ events