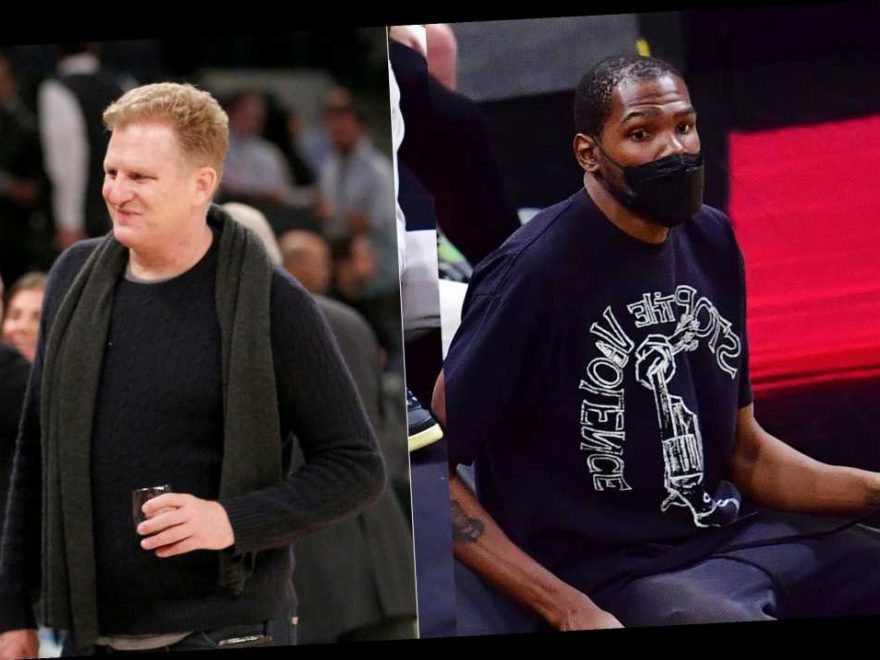 Brooklyn forward Kevin Durant has been fined $50,000 for using offensive and derogatory language on social media. The fine was announced Friday by Byron Spruell, President, League Operations for the NBA. The Nets star has also acknowledged that his actions were inappropriate, according to the league.

In his first public comments since Feb. 13, Durant had apologized on Thursday night for profane private messages to Michael Rapaport, DMs that the actor shared publicly on Monday. The Post had reported that the Nets had spoken at length with Durant about the incident.

Now after a mea culpa, Durant appears to have escaped any sort of suspension from either Eastern Conference-leading Brooklyn or the NBA.

Durant has missed 21 straight games, and hasn’t played since a Feb. 13 win at Golden State due to a hamstring strain. He’s not expected to play in the Nets’ upcoming back-to-back Sunday in Chicago or Monday against the rival Knicks; but he and Brooklyn coach Steve Nash both said Thursday that he’s on the brink of being able to rejoin the lineup.

Still, even while idle, Durant was in the news for his foul-mouthed rant against Rapaport, when he used language that was profane, threatening and homophobic.

“I’m sorry that people seen that language I used. That’s not really what I want people to see and hear from me,” Durant said. “But hopefully I can move past it and get back out there on the floor.”

The Post reported Wednesday that not only was the NBA aware of the DMs and assessing them for an appropriate punishment, but that the Nets had also spoken with their star player over them. Nash confirmed as much before Thursday’s victory over the Charlotte Hornets.

“Well, first of all, that was a private conversation with him and the other party,” Nash said. “We’ve talked about it internally. But we’ll keep all that stuff internal.”

Durant and Rapaport briefly had a professional relationship. At one point, Durant had even given the actor tickets to the NBA Finals while playing for Golden State, but Rapaport complained about the location of the seats.