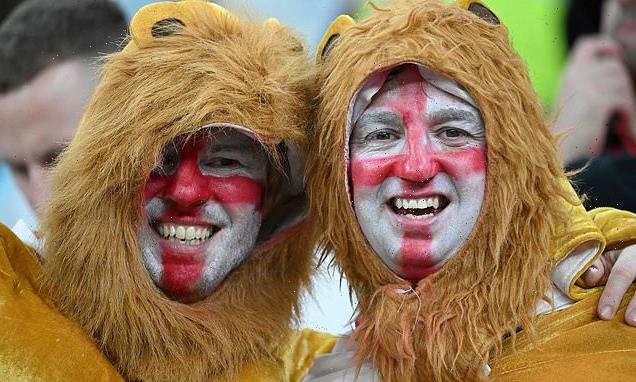 KATHRYN BATTE: England and Wales’ World Cup clash was the friendliest ‘Battle of Britain’ in YEARS with banter abound… though there were strict security checks after pitch invader waved Pride rainbow flag in Portugal’s win over Uruguay

In years gone by, games between England and Wales would have seen supporters fight and brawl on the streets and the concourses.

But not on Tuesday night. This was perhaps the friendliest ‘Battle of Britain’ in recent times.

Maybe it is the lack of alcohol at stadiums, or maybe it is because the type of England fans who have previously caused trouble have not travelled to Qatar. 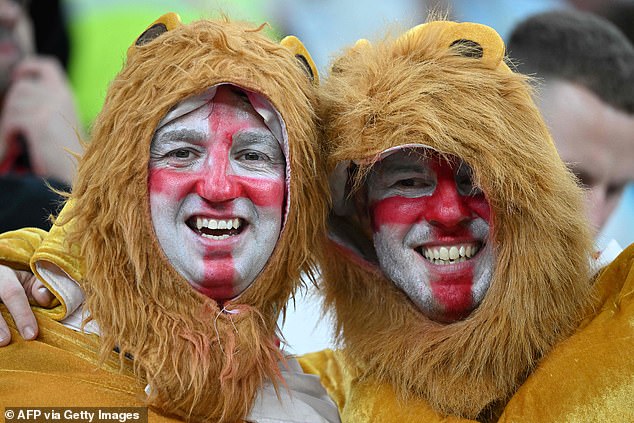 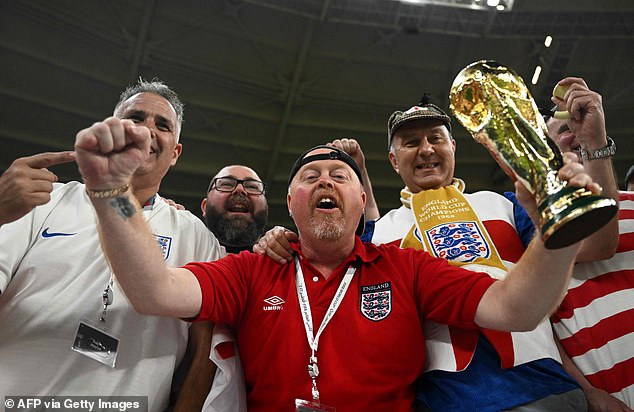 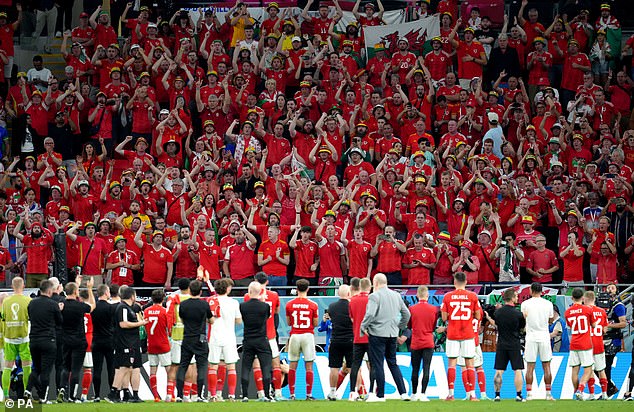 Even before the game, fans from both countries mixed in pubs and bars without any tension.

The beer garden in the Radisson Hotel was packed, mainly with England fans, but there were a number of Wales shirts on show too. The banter was jovial and in good spirit, much like Gareth Bale giving Harry Kane a Wales bucket hat before kick-off.

There were chants of ‘you’re going home in the morning’ directed at the outnumbered Wales fans, who replied by taunting England about their Euro 2020 final defeat. There was also a supporter who was proudly telling others how he had been sacked from his job for cancelling his flight home to stay in Qatar for the duration of the tournament.

There has been no separation of supporters at any of the games at this World Cup. Everyone enters through the same gate to get to the area outside of the stadium.

But after an Italian man invaded the pitch with a rainbow LGBT flag during Portugal’s victory over Uruguay on Monday night, strict security checks took place ahead of kick-off. 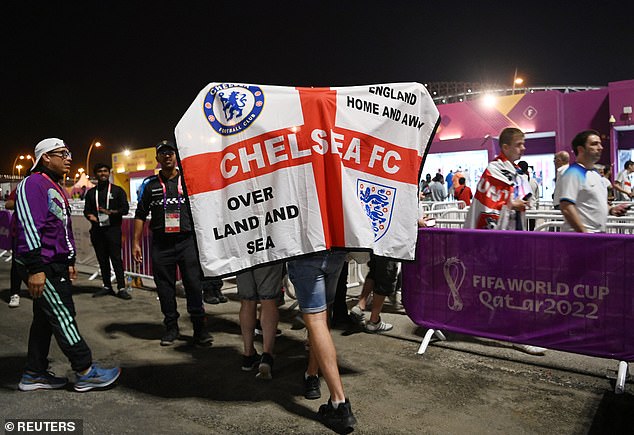 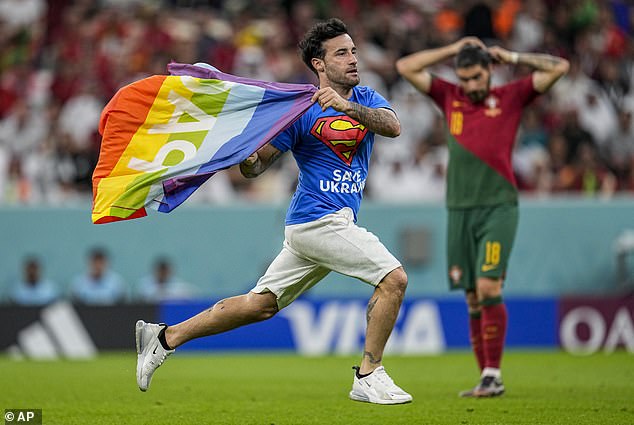 Fans had their flags checked on arrival and pictures were taken of each one and sent to a security manager on WhatsApp before a ‘yes’ or ‘no’ was given. The checks only caused minor delays but felt unnecessary.

Meanwhile, a man with a Scottish flag, who was asked several times if he was lost due to his country not having qualified, seemed to have no issues.

The Welsh ‘Red Wall’ had made their voices heard throughout the group stage and they loudly booed the England players as they came out to warm-up and when they sang the Welsh national anthem, the same happened at the other end of the stadium. 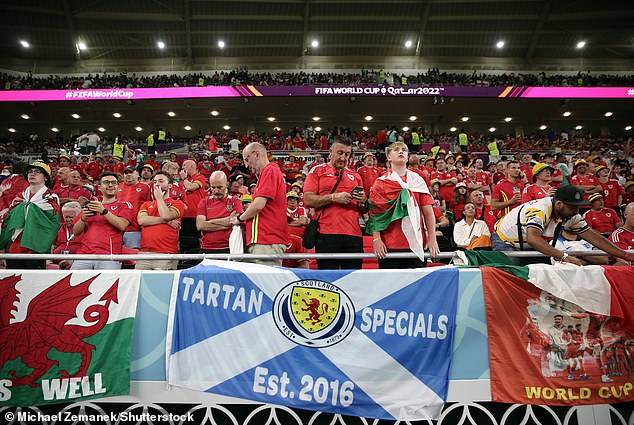 While the two stands behind the goal were mainly white at one end and red at the other, there was a handful of mixing which caused minimal issues. Things only got briefly heated when one Welsh fan confronted an England supporter but the lone man was quickly pulled away.

A group of fans with Republic of Ireland shirts were cheering for Wales – the ‘anyone but England’ brigade were out in full force, yet they were unsurprisingly quiet by full-time.

While the atmosphere was generally affable, it was better than what we have seen for most of the games at this World Cup. Previous matches have felt forced, with DJs instructing fans what to sing and when.

It helped that, at least in the second half, there were goals to celebrate. But this was generally more natural – a proper rivalry that does not need encouragement.