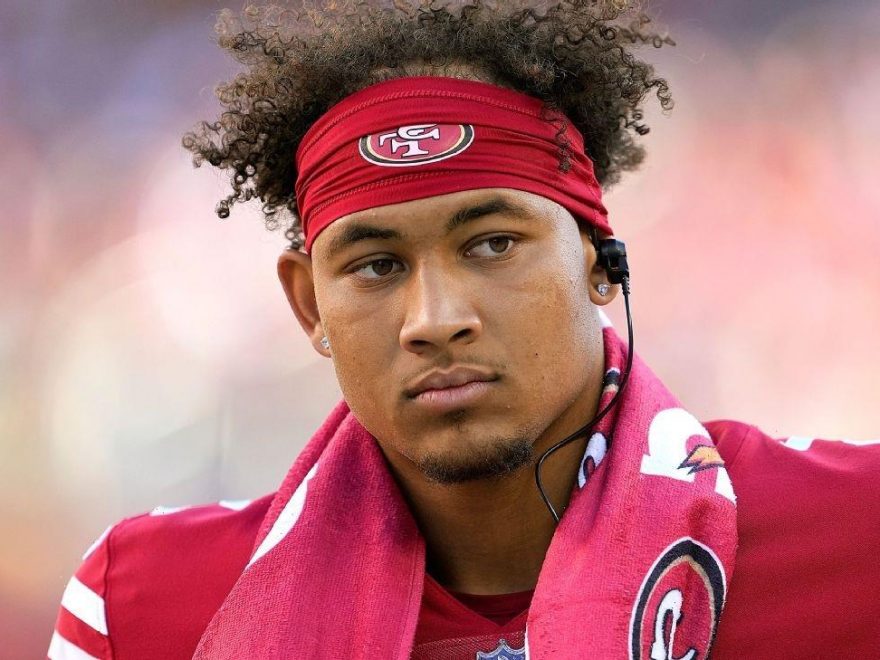 The first three players chosen in the 2021 NFL draft were quarterbacks, and the first two selected started a combined 30 games as rookies. No, Jacksonville’s Trevor Lawrence and Jets savior Zach Wilson didn’t win many of those games, but they played and showed occasional promise. Hopes are high for them to improve this season because much around them has changed for the better. What has changed in San Francisco? Well, there is a new starting quarterback. Otherwise, actually, not too much is different.

San Francisco 49ers quarterback Trey Lance, the No. 3 overall pick in that draft, might end up a more prolific NFL quarterback and fantasy option than Lawrence and Wilson. Lance barely played at North Dakota State and started only two games as an NFL rookie, and he wasn’t asked to do too much on a contending, veteran team. Things are different now. Jimmy Garoppolo surprisingly remains a 49er and Lance is firmly on the proverbial hot seat — for the 49ers and in fantasy football — for Week 1 at Chicago versus the Bears.

Few quarterbacks offer the same upside that Lance does, and perhaps that’s what makes this situation so intriguing, so exciting. It’s risk versus reward. You know Tom Brady is going to excel. He always does. You don’t know if Daniel Jones will, but you don’t care. Few are investing in Jones in 10- and 12-team fantasy leagues. Lance barely played his first NFL season and he’s going well before not only his draft contemporaries Lawrence and Wilson in fantasy drafts but also reliable, proven veterans Derek Carr and Kirk Cousins. Expectations are sky high.

Sure, Lance might be a top-five fantasy quarterback … or Garoppolo might be called upon to relieve Lance before mid-September.