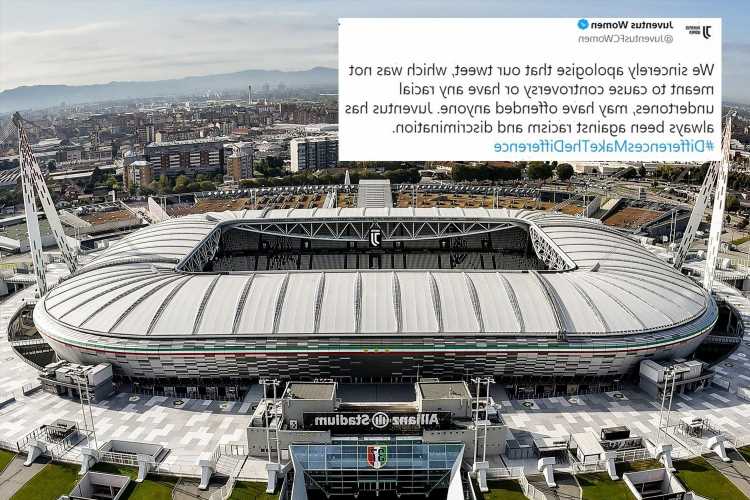 On Thursday night, the Italian club shared an image of one of its players squinting her eyes while posing with a cone on her head.

The caption consisted of three emojis, with a finger either side pointing towards a laughing face.

Juventus Women have maintained that the image was not meant to have any racial undertones, amid uproar over its relation to the negative racial stereotype of Asian people.

It read: "We sincerely apologise that our tweet, which was not meant to cause controversy or have any racial undertones, may have offended anyone.

"Juventus has always been against racism and discrimination. #DifferencesMakeTheDifference"

Serie A champions Juventus Women have over 111,000 followers on Twitter.

The incident comes as clubs in English football weigh up whether or not they will take a knee in the new season.

The Premier League and EFL have confirmed their backing of the gesture, which calls for an end to racism of all forms.

Countless instances of online racial abuse have plagued football in recent times with many figures calling on social media companies to do more to stamp out hate before it is shared.