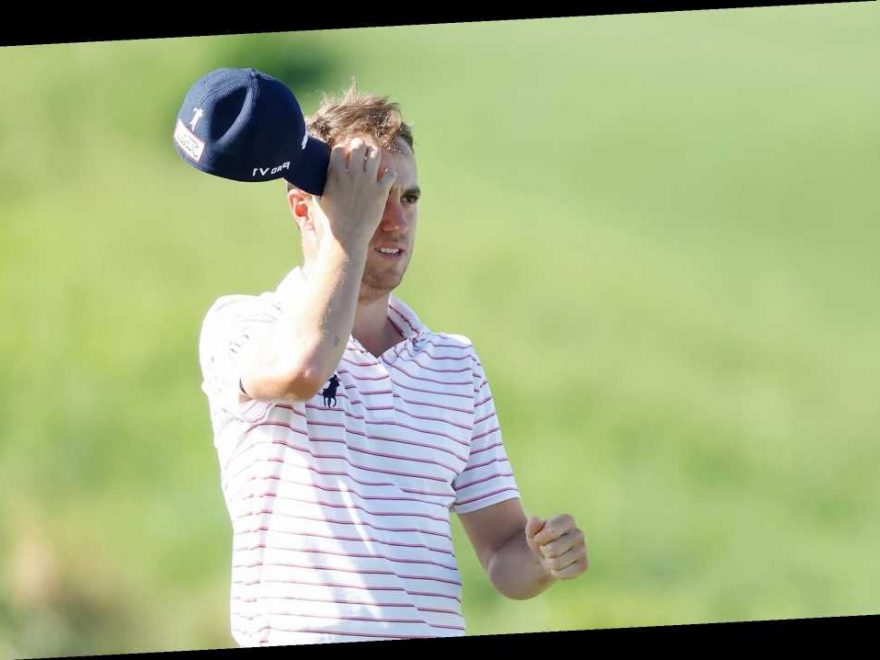 A pall hung over Justin Thomas as he played the final round of the PGA Tour’s Tournament of Champions Sunday in Kapalua, Hawaii, one day after he uttered a homophobic slur on the course.

The 27-year-old, a former world No. 1, said “f—-t” after missing a putt in the third round, a moment caught by a broadcast microphone. He apologized later Saturday, saying there was “no excuse,” and on Sunday said the incident was a “distraction” as he finished the tournament.

“Golf wasn’t the main thing on my mind. Usually being four back going into Sunday I’m thinking about one thing and one thing only and that’s trying to win the golf tournament,” Thomas said on Golf Channel. “Obviously had a lot of other things on my mind last night. I mean, I apologized yesterday. I don’t need to explain myself. I clearly screwed up. I made a terrible, terrible judgment call.

“But I thought a lot (Saturday) night that, we grow a lot as people over time. I wish that I could learn to grow a different way than the way that I chose to do it, but unfortunately it’s in the past and there’s nothing I can do about it now. It definitely was a distraction out there today. But now I just get to take time going forward and try to become better because of it.”

In a brief statement to Golf Digest, the PGA Tour said of the incident: “As he expressed after his round, we agree that Justin’s comment was unacceptable.”

Thomas, who finished the tournament in third place at 24-under, said over the summer he was opposed to wearing a mic amid discussions about players wearing them rose from Tiger Woods and Phil Mickelson’s charity match with Peyton Manning and Tom Brady.

“I would not wear a mic, no. That’s not me,” Thomas said in July. “What I talk about with (caddie) Jimmy (Johnson) and what I talk about with the guys in my group is none of anybody else’s business, no offense. I mean, as close as those mics are on the tees and the greens and as close as I get to boom mics during competition anyway, I basically feel like I am mic’d up.”