JURGEN KLOPP is facing failing to deliver on a promise he gave to win trophies on the day he was named Liverpool manager.

Klopp arrived at Anfield in October 2015 tasked with the challenge of delivering silverware to the club. 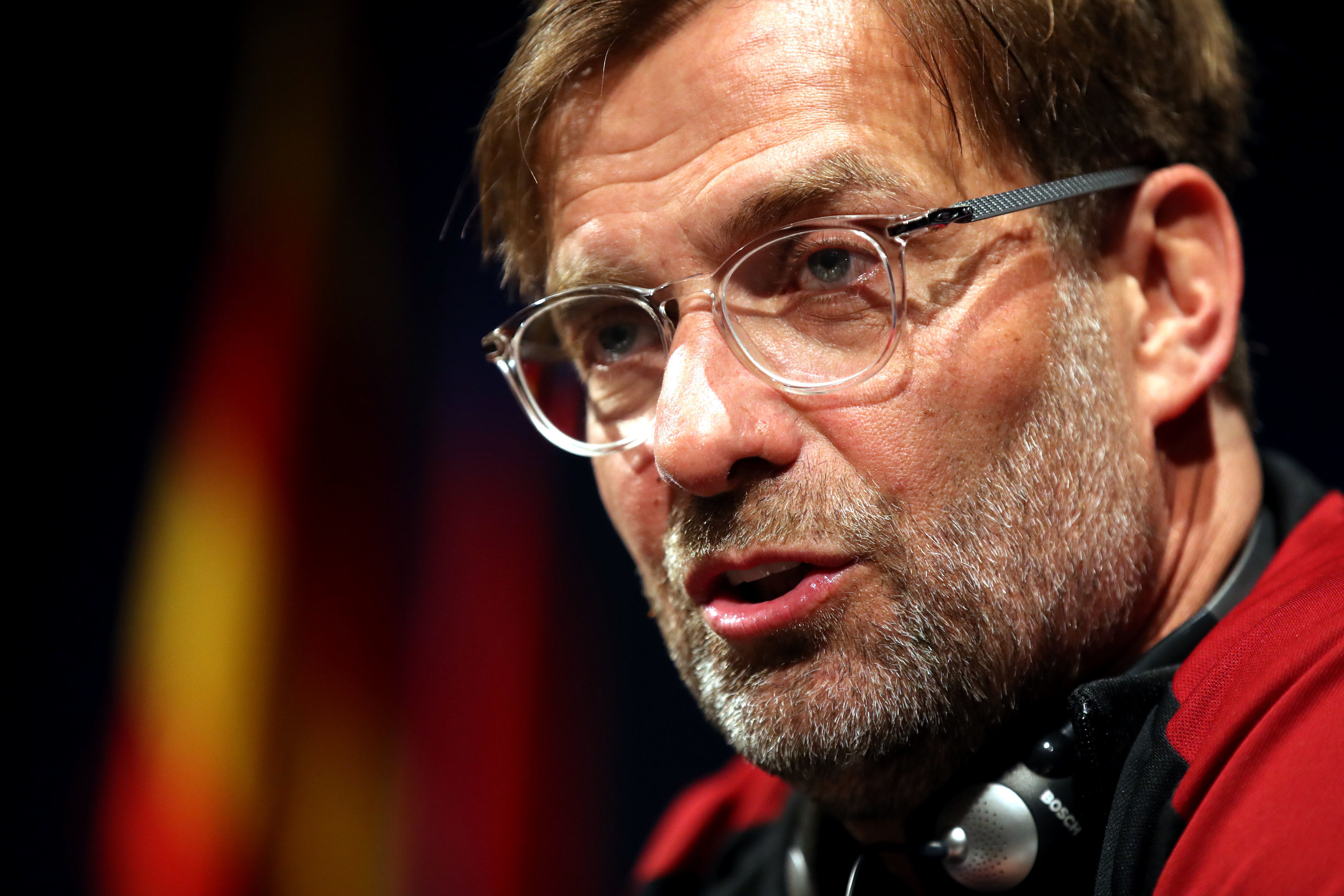 And during his unveiling press conference he pledged to guide the side to a trophy within four years or he may have to move to Switzerland.

He predicted: "Please give us time to do the work but when I sit here in four years I think we may have one title.

"If not maybe [I'll win] the next one in Switzerland."

But now Liverpool run the risk of finishing this season empty-handed – which would mean Klopp, 51, has failed to meet his own expectations in the job.

The Reds have been fantastic this season both domestically and in Europe but still run the risk of ending the campaign with nothing to show for their efforts.

Wednesday's 3-0 Champions League defeat to Barcelona means hopes of winning that competition are now hanging by a thread.

Clinching the Premier League title now appears to be the club's best opportunity of glory this season, but even that is out of their hands.

Liverpool need Manchester City to slip up in one of their two remaining fixtures for them to have any chance of ending the 29-year drought of league title success.

And the Reds still then have to ensure they win their remaining to games, starting with the trip to Newcastle this weekend.

Klopp's biggest challenge now is to make sure his squad do not suffer any adverse effects from their disappointing defeat in Spain.

TOP OF THE KLOPPS? Messi's free-kick 'proved he's the GOAT'… but Klopp's seen even better

The Reds had turned in a brilliant display in the Nou Camp, only to miss crucial chances to score an away goal and ultimately be undone by the brilliance of Lionel Messi.

Should Liverpool finish the season without a trophy again, it would mean Klopp has fallen short on his confidence prediction.

But there is little doubt he has made a big impact at Anfield and built a squad capable of competing with the very best – and it may just be their misfortune to have stumbled upon Messi and a brilliant Manchester City team which may ultimately frustrate them.