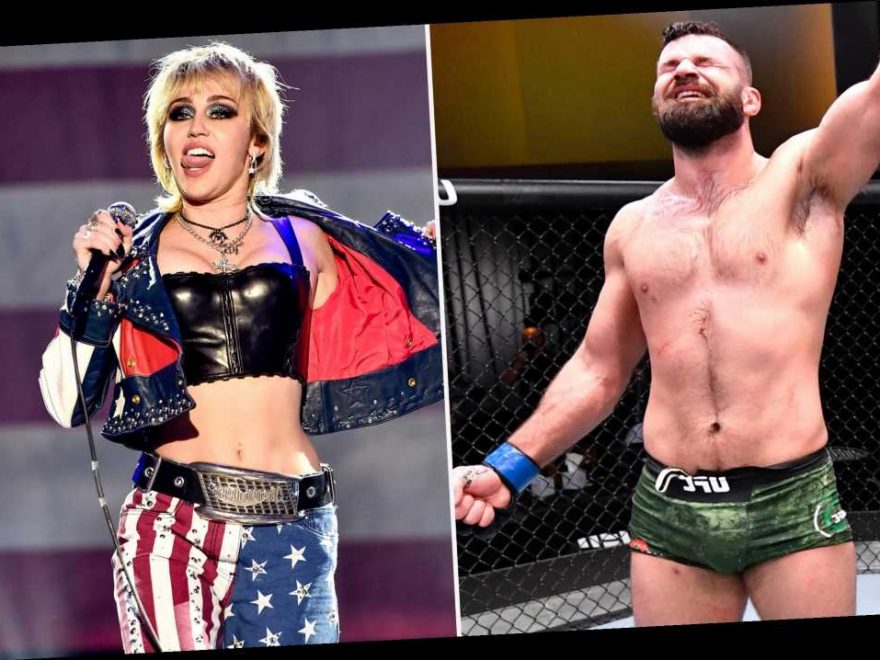 A huge victory at UFC 258 wasn’t the only highlight of Julian Marquez’s weekend.

“I’ve been waiting 31 months to get on this damn mic and call these people out,” Marquez said after his submission victory over Maki Pitolo kicked off the PPV portion of the event.

“This is my time to shine, so Miley Cyrus, will you be my valentine?”

ESPN’s MMA account tagged Cyrus in the Twitter video of the post-fight interview. And the “Wrecking Ball” singer responded.

Apparently that was not enough for Marquez, who won a wild fight that he ended with an anaconda choke in the third round.

“If you get a henna tattoo that says Cuban Missle Crisis above your belly button like 2pac I’m in #ThugLife,” Marquez wrote.

Cyrus, who has yet to respond, finalized her divorce with actor Liam Hemsworth last month.

Marquez, whose nickname is “The Cuban Missile Crisis,” had missed two-and-a-half years while recovering from a severe muscle tear in his back.